Till fairly recently it has been the primary source of electric light. However, over the last few years, other options have emerged – namely Compact Fluorescent Lights (CFL) and Light Emitting Diode(LED) bulbs. The question then arises – should one switch to using the other types of bulbs? The aim of this article is to analyse the numbers in order to see what is the best option. The quick answer is that LED bulbs are clearly the best, but if you would like a more detailed explanation, read on. 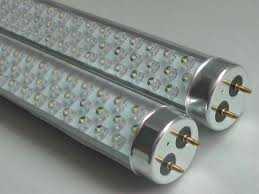 A little bit of history

The invention of the bulb is usually attributed to Thomas Edison and Joseph Swan – but was actually done before them by several other people. However, they were the first to commercialise them. Edison and Swan’s early bulbs used carbon filaments. The bulb in more or less its current form, with tungsten filaments, was invented by the Hungarian Sandor Just and Croatian Franjo Hanaman in 1904 – a 110 years ago.

Perhaps because they were cheap and electricity was not too expensive and plentiful in the West, no substantial changes were made in the design of the bulb for several decades. It’s a bit shocking when you think about it – the bulb in its current form existed before the car, radio, TV, airplane and any other form of technology that is commonplace today!

The fluorescent light has been around for quite a while, invented in the late 1890s by a gentleman named Peter Cooper Hewitt. The CFL was invented by Edward E. Hammer, an engineer working with GE, around 1973. However, it was only after 1995 that they became commercially available and started being used on a larger scale. In many countries the sale of incandescent bulbs has been banned, thanks to the availability of cheap CFLs.

The red LED was invented by Nick Holonyak Jr. in 1962, while working as a consultant scientist for GE. Prophetically, in an article in the Readers Digest in 1963 itself, he predicted that LED bulbs would replace incandescent bulbs. So while Edison – though he is known for it – did not invent the light bulb, the company he founded, which made him a very rich man, has played an important role in the development of bulbs ever since.

The problem with incandescent bulbs

Incandescent bulbs are bad from many angles. They are inefficient: as is evident to anyone who has tried to study using a 60W bulb in the summer, much of the energy is released in the form of heat. So especially in here in India, where heat is a problem, it is not a good thing. They do not last very long – most burn out within a year. The primary reason that they are still popular is that they are cheap to make and buy.

Let us compare both the advantages and disadvantages. The primary advantage of the incandescent bulb is that it is cheap to buy. But in the long run that is certainly not the case. For the purposes of simplicity of calculation, we assume that the average house has around 20 bulbs of 60W or equivalent and the cost of electricity is around Rs 5 per unit. Further, we assume that these 20 lights are on for about 3 hours per night.

Hence if you replace an incandescent bulb with an LED bulb, you will recover the initial cost in two years! For a CFL bulb, it will take a little longer – around six years. A more detailed analysis, of cost per lumen in the US, can be found here: https://en.wikipedia.org/wiki/LED\_lamp.

The analysis shows that CFLs and LEDs have pretty much the same running cost per year. However, there are many reasons why LED bulbs are much better than CFL, so are perhaps worth the extra cost.

One cannot underestimate the importance of light. Apart from the obvious practical benefits of being able to function in the dark light has tremendous influence on our psychological state. High intensity light exposure is the treatment for people who suffer from Seasonal Affect Disorder – depression caused by lack of exposure to sunlight. Jet Lag can be treated by regulating light exposure.

So the lights you put in your house can have a significant influence on your life. In fact, in Los Angeles, some Sodium vapour streetlights were replaced by LED lights. Apart from a tremendous reduction in maintenance costs and energy savings an unexpected side benefit was a significant drop in crime in that area!

While I am advocating running out and replacing all your incandescent bulbs with LED bulbs I am not quite suggesting running out and replacing all your CFL bulbs with LEDs since that would not be environmentally friendly. However, every time a bulb goes bust in your house, I recommend that you replace it with an LED equivalent. You will save yourself a lot of money in the long run and do your bit for saving the planet.

The cost of an LED bulb may seem to be high – but as the analysis shows, it is still a better deal in the long run. However, there is even better news. The cost-per-lumen of LED bulbs is supposed to follow Haitz’s Law, which asserts that the cost per lumen will drop by a factor of 10 in a decade. So if you wait a bit, unlike most other things, the price will come down! And, like in the case of computers, you will get a better product.

So, go LED, as soon as possible!

In the offing: Plans to produce solar power in Bangalore homes
Cycling to work: Something all the nay-sayers should read

In a run-up to the city council polls, a confident BJP MLA and Minister Katta Subramanya Naidu says citizen forums and independents will not play a major role in the Bengaluru council.

George let down people who voted for him, says Prithvi Reddy

He wants to give people an alternative in politics. His campaign is crowdfunded and doesn’t have major donors. and he is taking on K J George who was Bengaluru Development Minister.

Bengaluru’s stone inscriptions that could trace the city’s history from pre-Kempe Gowda days are in danger. A new project could make a difference.