3.30 am, KR Market complex. Seethamma, in her sixties, is busy dealing with her customers, with a huge pile of jasmine and marigold in front of her. She has been selling flowers for the past 40 years, commuting all the way from Doddaballapur every day. Her customers are street-side vendors who sell stringed flowers by the mola or make garlands out of it.

Even as dawn is hours away, Krishna Rajendra Market (KR Market), also known as City Market, is already bustling with activity. Flower and vegetable vendors visit the market in the wee hours of the morning, to offload their wares. KR Market is located in Chickpet, off NR Road and the south end of the Avenue Road, next to the Mysore Road flyover. This is just a few metres away from the BBMP office. 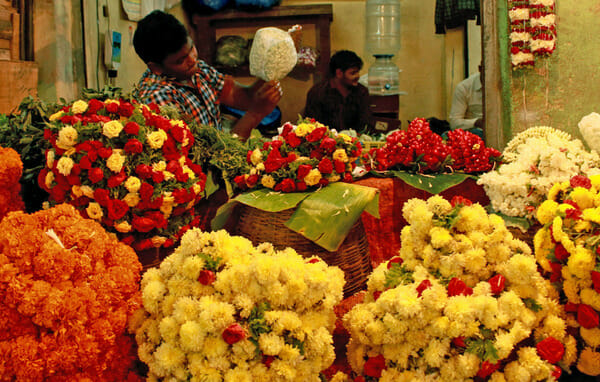 As the sun rises, the southern end of Avenue Road and the neighbouring streets are a sight to behold, with huge piles of freshly harvested flowers in vibrant colours being sold by many vendors.

There are more than 100 flower stalls across the flower market or Huvina Mandi, as well as 170 or so Growing Companies—firms that contract farmers to grow flowers according to market demand, and directly trade with the retailers and vendors.

There is always a demand for flowers for all occasions, be it happy or sad. However, one should know where and how to buy them. “One should be a master in bargaining if you are buying flowers from KR Market,” says Nikhil Mutha, a retailer who owns Nikhil Flowers on Brigade Road, and buy flowers from Huvina Mandi everyday. “We buy flowers from both farmers and retailers depending on the quality,” he adds. Mutha says that the flower business is a profit game—with farmers investing Rs 1 to Rs 1.5 to grow a flower, but taking home much more.

Where do these flowers come from?

Farmers from different parts of the state like Tumkur, Chikkaballapura, Doddaballapura, Nelamangala etc arrive at the flower market to trade their flowers. Growers not only from Karnataka, but also from neighbouring states like Tamil Nadu and Andhra Pradesh turn up at the market every day.

As soon as one enters the southern end of Avenue Road, one gets to see a wide range of flowers of which non-exotic (local) flowers are prominently visible.

In spite of the chaos, resonant hues of blossoming crimsons, gerberas, lilies, roses, gladioli, tulips, jasmines and marigolds energise the sleepy morning, even as the retailers and vendors involve themselves into intense flower trading.

Most flowers are grown in farms in nearby villages. Orchids are the only exotic flowers that are imported from outside the country. “Demand for exotic flowers is less in Bangalore as they are expensive,” says Nikhil, justifying why there is not much import of exotic flowers. 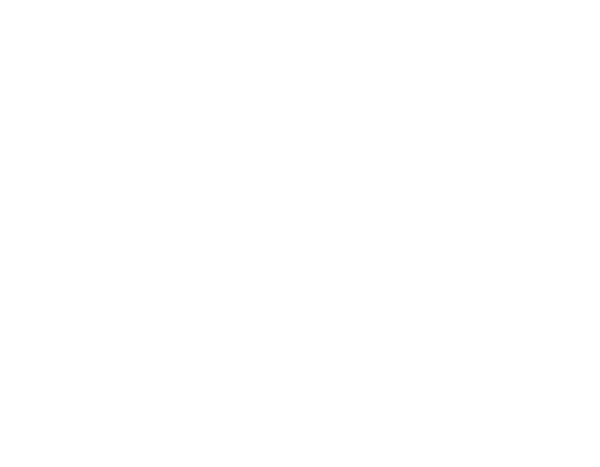 Flowers from farmers to vendors

Farmers and flower-growing companies bring their flowers to the market and fix a particular price depending on the flowers. For instance, the price of rose per piece is Rs 3; this is quoted initially by the farmers and the companies. Later, when these flowers are bought in bulk either by middlemen (brokers) or retailers, they keep a minimum profit margin of Rs 3 to 5 per flower. Therefore the price increases to Rs 6 to 8. Then this increased price is quoted by the brokers and retailers to the vendors, and the vendors come up with a new price keeping profit margins in mind.

There is also a relatively small number of farmers who keep their own stalls at the market, but they sell their flowers in bulk to retailers or agents.

Muniraju, one of the vendors, explains: “This supply chain remains the same for both exotic and local flowers.” He adds: “We don’t buy flowers directly from farmers since they sell only in bulk. We prefer to buy only a limited quantity according to the demand in our respective markets.”

Small vendors and retailers buy flowers from brokers or from growing companies and spread out to the other markets in the city like Gandhi Bazaar, Madiwala Market, Malleswaram Market etc.
If you happen to buy flowers in bulk or are looking for more options, an inexpensive way would be to buy flowers from wholesalers, or just drop in to City Market in the early hours of the morning. This is what most people do during weddings.

The wholesalers in different parts of the city like Wilson Garden, Koramangala, Cottonpet, Brigade Road etc buy flowers from KR Market too. There are also farmers who own wholesale shops, who are neither in collaboration with any growing companies, nor with middlemen.

One such farmer-cum-retailer, Kumar, who owns a retail shop in Wilson Garden says he is able to sell flowers at cheaper prices. “We grow flowers in our own farms located near Tumkur according to the demand and requirement. We don’t have to get the flowers from middlemen,” he adds.

Some vendors estimate KR Market, one of the biggest traditional markets in Bengaluru, sees trade of around 20 tonnes of flowers daily. The flower market sports a fragrant ambience as early as 3 am, and this lingers until 8.30 am. By that time, vendors move out of their spot in front of stores that start opening.

Prices of flowers vary everyday depending on the occasions. During off-seasons, jaji (Jasminum grandiflorum) costs upto Rs 250 per kg, while mallige (Jasminum sambac) and marigold cost up to Rs 200 and Rs 50 per kg respectively. Flower garland pieces (also called dandu – ದಂಡು in Kannada) cost around Rs 25 per piece or more, depending on the season. A garland needs minimum four such pieces.

Per piece costs for decorative flowers like crimsons, gerberas, orchids and roses are Rs 6, Rs 7, Rs 20 and Rs 5 respectively. Products like bouquets which are made from these flowers cost anywhere upwards of Rs 100 depending up on the number of flowers used. “During the festival seasons, these flower prices increase threefold,” says one of the flower vendors at the Malleswaram market.

Though the Karnataka State Horticulture Department (KSHD) says that they do not have the exact figure for the daily turnover at KR flower market, Muthu pegs it at 1 crore.

KR Market has been supplying fresh flowers to the city of Bengaluru for a long time. And despite the chaos and traffic in the area, the glory of the Huvina Mandi continues to reign supreme at KR Market.

Flowery Red Fort and musical instruments steal hearts at Lalbagh
Side effect of e-retail boom: Risk for the traditional market?
Sewage pipe obstructing subway project at KR Market
K R Market to get a facelift; Multilevel car parking in the offing
A journey down memory lane in Russell Market

Get on a colourful ride on Bangalore’s many decorated buses in this photo feature.

Two wildlife events that marked the month of August, are featured by our columnist Deepa Mohan, in her column.