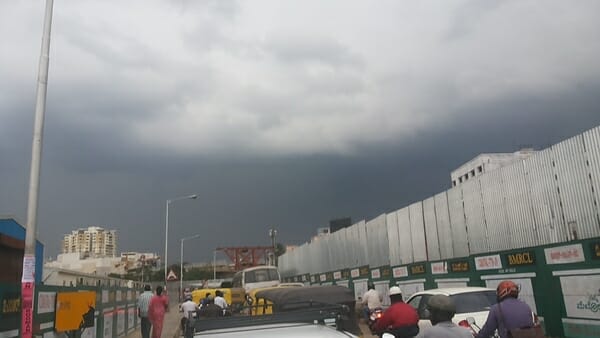 Karnataka Industrial Areas Development Board  (KIADB) conducted the first hearing for the owners of properties to be acquired for alignment of Metro Phase II on 4 September, 2013. The properties notified were for Ragigudda and Silk Board stations, on RV Road- Bommasandra line.

Metro is all geared up to start the Phase-II work by January 2014. To achieve this target, the process of identification of properties was already initiated by KIADB officers deputed to the Metro, in the last few weeks.

In the first hearing, only the properties required for building Ragigudda and Silk Board stations received notification. KIADB  issued notifications to 55 properties out of which 10 properties had been awarded by BBMP to poor people, way back in 1980’s.

Property owners resign to their fate

Only 20 owners of properties in question were present at the hearing held at the KIADB office, in Nrupathunga Road. Most of them were concerned over losing their property partially. Most of them were wondering what will they do with the partial land. They wanted BMRCL to take entire land and or compensate them with good amount.

Mangala M (identity changed on request), one of the owners of properties awarded to poor by the BBMP, works as a labourer at a private office. She said: “Money has no value to us, if we are not able to acquire land in same area or anywhere else in Bangalore. The property prices are all time high. Where shall we go? We request the Metro to give us some land somewhere nearby to re-settle.”

“On a blank white sheet of paper, objections have been recorded in an indecipherable handwriting.KIADB land acquisition officers  took our signature on it,” says Anand M, Mangala’s husband, who works as a labourer in a private company.

When Anand questioned this, the KIADB officer told him it was exactly the same that he objected.  He  says, “I did not sign it,. So I was asked to bring an objection letter.”

Majority of people who attended the hearing were looking for good compensation, as everyone seemed to accept that the project was final and they could not afford to fight it.

Special Land Acquisition officer, Ravi Tirlapu, told Citizen Matters: “No serious objections have been raised by the people. Many of them have sentimental attachments to the property. A good compensation will be given to the people depending on the market value.”

Residents are looking for the Land Acquisition BILL 2012 to get implemented, in the hope that it might provide some respite to them, as it has been termed as citizen-centric.

Tirlapu says, “If the bill gets passed as an act, it will be difficult to comply as it is citizen-oriented. It will be additional burden on the government and shall not be friendly.”

Process for the land acquisition will follow the terms of KIADB Act-1966 and General Land Acquisition Act-1894. Compensation amount will be decided by the Krishnappa Committee. Krishnappa is a former revenue secretary who is an advisor to BMRCL.

All the objections will be taken to BMRCL who will in return file their reasons behind the said acquisition. If the KIADB officer finds it necessary, the properties will be acquired.

“99% such objections do not lead to any changes. People are aware of it. It is not an easy task to change the alignment once decided, as it will again be required to go to HPC of the Central government. A compensation very close to market value will be awarded,” said Tirlapu.

The land acquisition to be started in April 2013 wasn’t allowed by the Election Commission because of the Code of Conduct. The realignment controversy too contributed to the delay in execution of Phase II.

BBMP has allocated Rs 30 cr for setting up RWH pits in the city. But faulty design may render much of this useless.

This by-election, ask questions to the ex-MLAs who are back for your vote

Four assembly constituencies in Bengaluru are going into the bypolls this week. And in three of them, disqualified MLAs are contesting again, albeit from a different party

This week’s scan of Bangalore’s Kannada dailies includes a number of reports like plans for a memorial to a dead historical tree at Lalbagh, while 320 trees in Sheshadri road get axed.