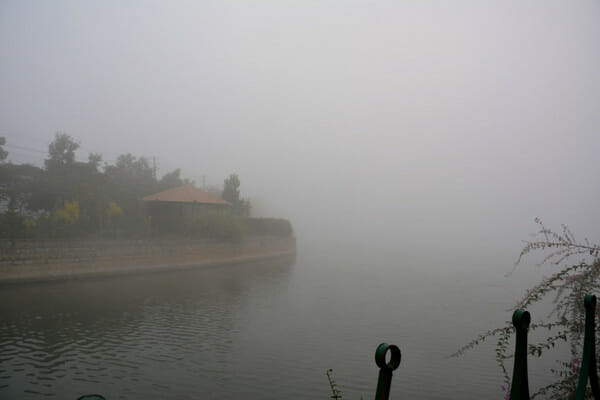 A foggy start to the morning. Pic: Kere Habba*

On January 9th 2016, Kaikondrahalli Lake played host to a bunch of events for the second time with more than 4,500 people from neighbourhood participating. Kere Habba 2016 aimed at raising awareness, increasing community participation and fostering an appreciation of lakes in Bangalore. 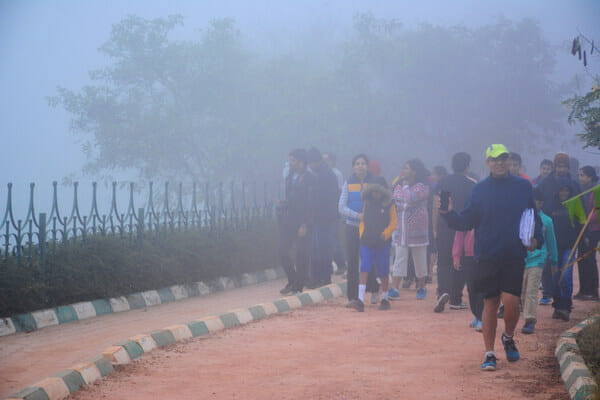 Birders looking to spot as many species. Pic: Kere Habba*

Dechamma Chetan, a visitor said, “The lake is a beautiful place for bird watching”, and that she had a great time. Another visitor, Chirdeep Shetty, he said too loved the event. Mukesh, who lives near the lake, came with his family and said he “had an awesome time in the Family Relay”. 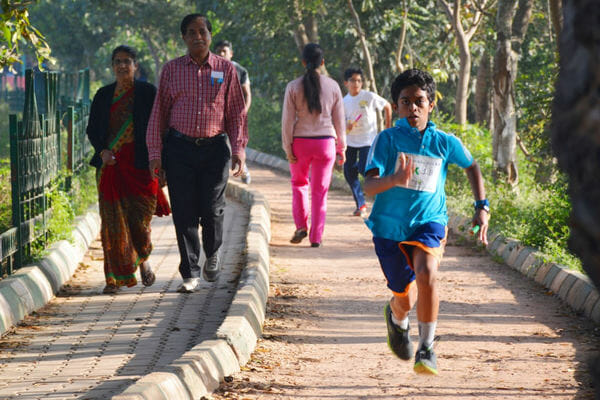 A participant in the children’s relay. Pic: Kere Habba* 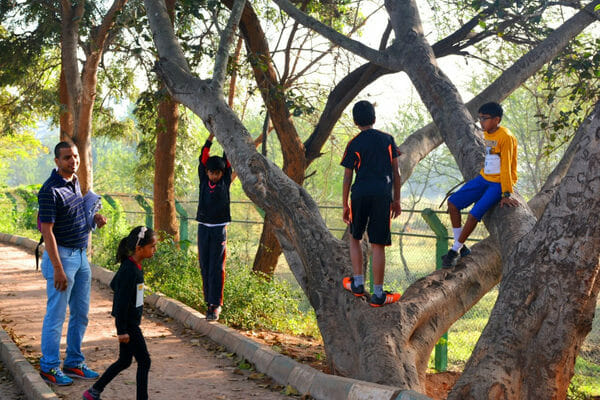 Kere Habba at Kaikondrahalli Lake was a sunrise-to-sunset event, where the residents could connect to the lake, to each other and to issues, and inspire ideas in the field of conservation. It was completely organised by neighbourhood volunteers. The nearly two kilometre walkway around the lake featured various activities. 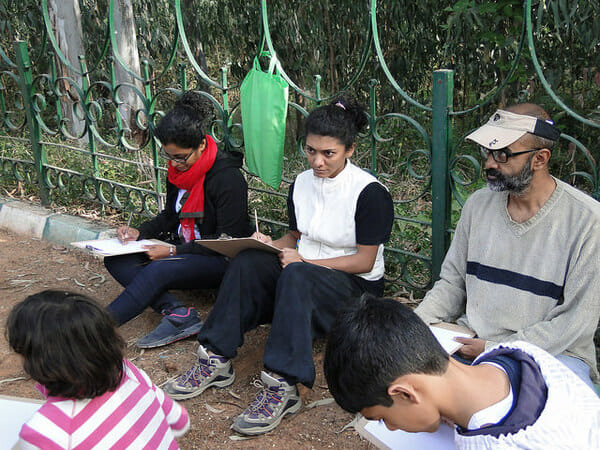 The amphitheatre saw story-telling by Vikram Sridhar, discussions exploring nature motifs in the Bhagavad Gita by well-known author Roopa Pai, and music by a local band ImpOysters. Naturalists led a bird walk, as well as a small animal wildlife walk.  There were also water-based science activities. 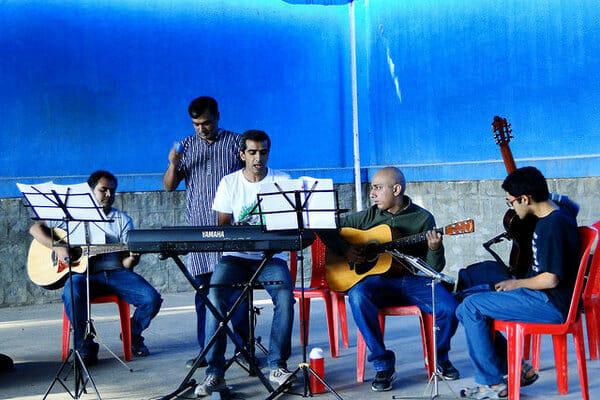 Children picked up seeds and learned about gardening. There was also an introduction to desi cow, and craft and sensory workshops. They played traditional games hosted by students of Renuka School and participated in rope walking, scavenger hunt, rangoli etc. 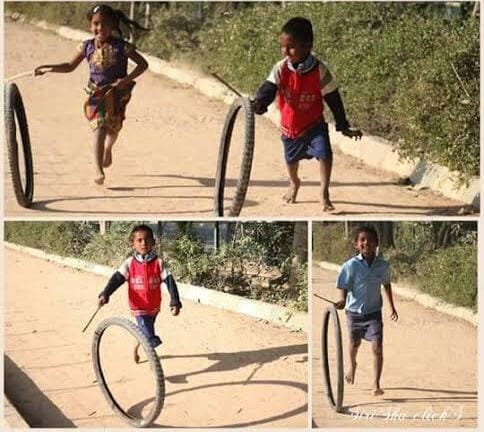 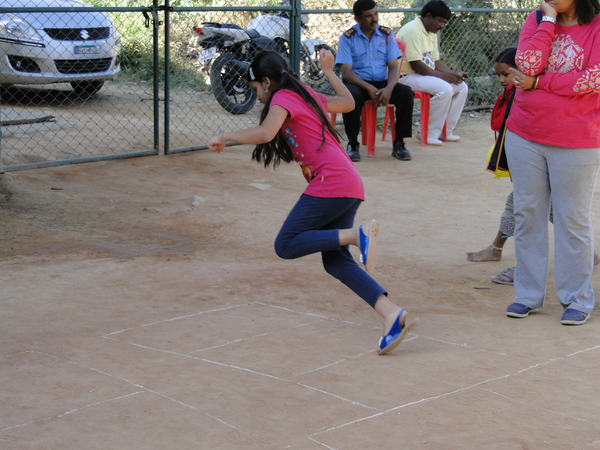 Satish who had cycled from Bangladesh to Bengaluru talked about his adventures. Other groups of citizens discussed issues related to lakes, roads and commuter rail and ways to improve their neighbourhood. 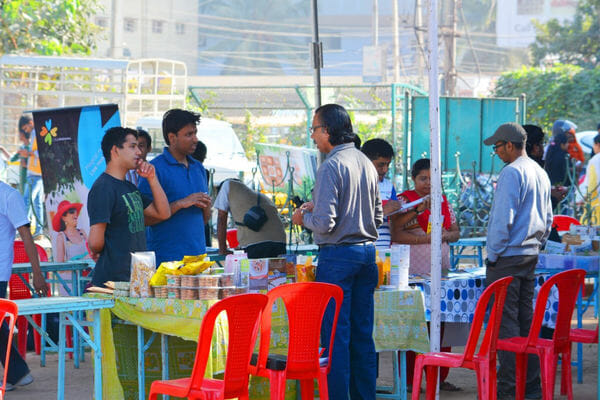 Citizens gather to check what the stalls have on offer. Pic: Kere Habba*

The event was organised with the environment in mind. Residents living close by walked to the lake. Many brought their own water bottles which they could refill at the water stations that were set up around the lake.

People enjoyed the varied offerings at the food stalls, from ragi momos and bisi bele bath made with millets, to pesarat dosas and sugar-free muffins. Many children and their parents were seen manning juice stalls serving lemonade and watermelon crush in reusable tumblers. 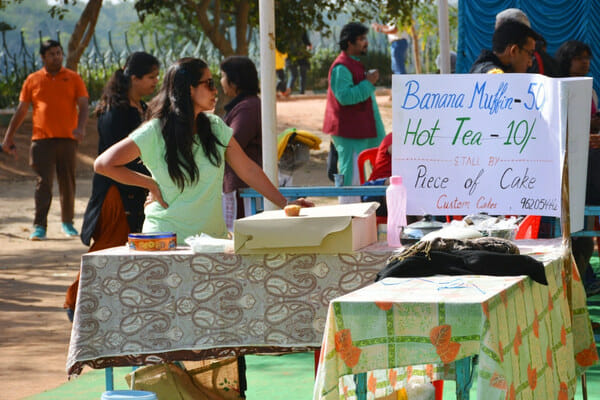 Food was served in leaf donnes or arecanut plates – the event generated zero waste! Uma, a resident of Sarjapur Road said, “It was a great community connect event. And such an eco-friendly event that most people came with their own bags!” 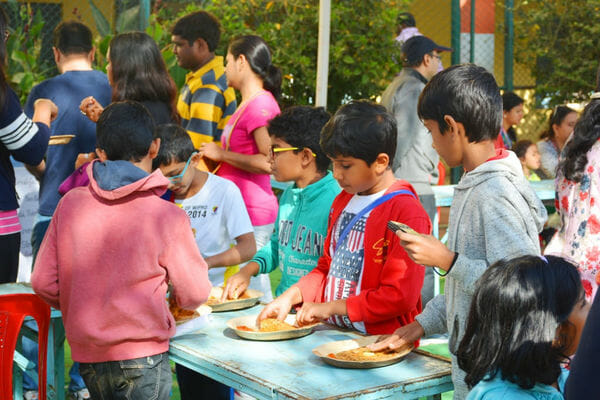 Teju Nageshwari, a local resident and an active volunteer at the lake said, “This event stands inspiration to other communities who have a lake in their neighbourhood on how they can help develop their own kere and maintain it as a place for connecting to nature.”

*Picture credits:
The pictures have been taken by various photographers and uploaded to the Kere Habba album on Flickr. To view more pictures of the event, click here.

About Teju Nageshwari 1 Article
The author has not yet added any personal or biographical info to her or his author profile.

Finally for the world to see: the Thiruvalluvar statue

From Shivaji nagar to Ulsoor. From Ramaswamy Palya to Sivan Chetty Gardens and Kamaraj Road Nala, every resident was there to witness the historic occasion.

The STP now produces clean treated water and 80-100 kgs of sludge cake a day, which farmers nearby use as fertiliser.