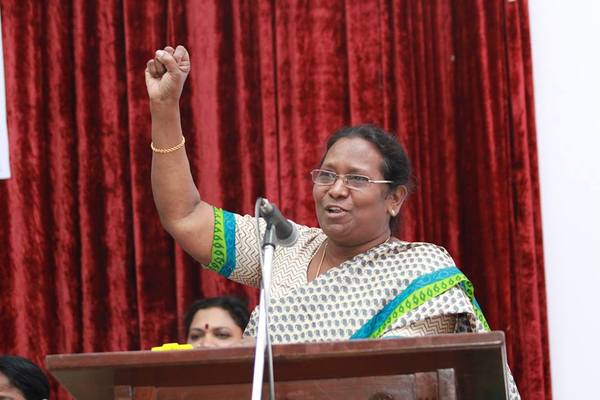 Dr. Ruth Manorama is the JD(S) candidate from Bangalore South constituency. Known for her work with the marginalised Dalit and Dalit women, she has contributed immensely in breaking the elitist image of the women’s movement in India. She has worked on a range of issues including the rights of slum dwellers, domestic workers, unorganised labour etc. She deservingly has won the Right Livelihood Award, also known as alternative nobel.

She stresses on the interconnectedness between these issues and the common cause that marginalised people share the world over. Her work crosses the borders between grassroots movements, mass mobilisation and international movements. She has always felt that women must be an active part of politics to make a change for a whole lot of people.

Social service is in blood!

Ruth Manorama was born in Chennai, Tamil Nadu, to Dorothy and Paul Dhanraj. Her mother was interested in women’s education and even resisted her conservative father to attend school and ultimately to become a teacher. Manorama’s father, a government servant in the postal department, had mobilised poor people in the villages near their locality to successfully struggle for rights to the land that they had been living on for generations.

Ruth grew up seeing her parents engaged in active social work, and developed an early inclination for the work herself. Both parents encouraged Manorama and her sisters to study, have careers and be self-reliant. She is married to N P Samy, a trade unionist and the couple have two daughters.

She was also absorbed into the vision group formed by the Karnataka, which was stayed by the High Court recently. Almost everyone was in for a shock when JD(S) chose to field her from Bangalore South, instead of fielding candidates based on usual caste-based, money-based calculations.

I want to pull more women into politics: Ruth Manorama
I will speed up Metro and bring commuter rail to Bengaluru: Nandan Nilekani
We will set up AAP ward committees if we win: Nina Nayak

People from different walks of life attended the event and all of them addressed one common issue of water.

If you are one among the lakhs of voters of Anekal, this is what you need to know! Background information Understand the role of the MLA Learn all you can about the candidates: see below