Is going taller the only way to fund Bangalore’s infrastructure needs? A recommendation in a recent report to do just that has sparked off a heated debate between two of the city’s influential elites on the future of the city and its skyline.

What started off the skyscraper debate was the recent re-submission of the Karnataka Information and Communication Technology Group 2020 (KIG-2020) Report titled ‘Karnataka’s roadmap to global leadership by 2020’ to Chief Minister Siddaramaiah. In it is a recommendation to allow for more high rises within the city, charging a toll for doing so and using that money to fund the development of the city’s infrastructure. 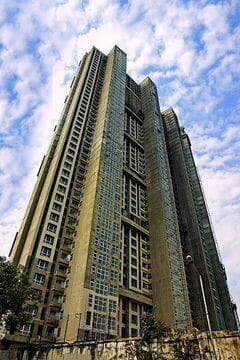 The KIG was setup by the government with T M Mohan Das Pai as its Chairman, to come up with a strategy to leverage the state’s global image in IT as well as its thriving Knowledge economy to generate more revenue for state (Rs 400,000, up from Rs 135,000 crore in 2012) , more jobs ( 20,00,000, up from 8,00,000 in 2012) and to nurture new startups (1000+). According to the report, one of the keys to achieving these targets was to improve Bangalore’s infrastructure, its working and living conditions so that it continues to attract international investment.

The cost for doing this? Rs 2,55,000 crores according to the group’s estimate. How to finance this?  The group decided that Central and State Government Funding took long to come through and that increasing city taxes required legislation; so the best way to finance it was the creation of an infrastructure fund. How to raise money for the fund? The group after weighing its options, (Page 102 of the KIG-2020 report) decided that charging a premium to allow increased Floor Space Index or Floor Area Ratio (FAR) was the best way to do it.

This, in other words, means pay a fee and you can build taller. Factors such as plot extent, maximum ground coverage and the road width govern the permissible FSI. This means that currently there are limited options for builders wanting to build higher. What the recommendation proposes is to allow people to construct above the permitted FSI but only after paying a premium for it.

Rajya Sabha MP, Rajeev Chandrasekhar has objected to this model of funding, stating in his letter to Chief Minister Siddaramaiah, that the proposal in the report does not take into account the existing infrastructural constraints in the form of adequate roads, water, electricity and civic services required to service the additional Floor Space Index. “It represents a surrender of the city’s development to the commercial interests represented by builders, contractors and real estate companies – many of  whose commercial interests are directly responsible for the problems faced by the city and residents,” Chandrasekhar writes.

In his letter, Chandrasekhar contends that development of the city, including various contracts and projects, has been influenced by vested commercial interests of some builders and contractors, who according to him have overtaken the planning of the city.

What is Floor Space Index?

Floor Space Index (FSI), Floor Area Ratio (FAR) and Floor Space Ratio (FSR) are terms for the ratio of a building’s total floor area to the size of the piece of land upon which it is built. The terms can also refer to limits imposed on such a ratio.

Thus, an FSI of 2.0 means that the total floor area of a building is twice the gross area of the plot on which it is constructed.

“We are all aware of the large number of elected representatives who also have deep and conflicting interests in real estate that has become almost symbolic of the poor governance of our city. There is an urgent need to put an end to such a nexus between contractors and officials acting against public interest. In such a scenario, any proposal like the one mentioned, despite by being backed by highly visible industrialists, must be seen as what it is,” he says.

‘Every city has a high rise core, why not Bangalore?’

When asked by Citizen Matters to respond to the criticism, Mohandas Pai, who is the Chairman of the KIG, in an email reply, said that objections raised by Chandrasekhar were unfounded and devoid of facts. “Every city in the world has a central core which is high rise, then a ring around which Is medium rise and then the suburbs. Bangalore is getting 42 kms Of Metro soon, the phase-II of 72 kms is getting approved shortly, (At the time of writing this article, it has been approved with some conditions ) and the study for phase-III would start soon. This would make a total of 250 kms of Metro by 2020. This will ensure access and reduction in need for people to take personal transport, thereby reducing traffic. The existing constraints will reduce. The KIG report also recommends a series of roads which will enable easy commute from one end of Bangalore to another in 60 minutes. This, coupled with the Metro, will dramatically change Bangalore,” he says.

According to Pai, there is no surrender to anybody as the funds raised from higher FSI would go to fund the infrastructure need of Rs 2,55,000 crore over 12-15 years. “The FSI is for all owners of properties in the core areas and all properties are not owned by builders, contractors or real estate companies. A substantial part is owned by government and citizens themselves,” he clarifies, indicating that calling government and a large number of citizens as commercial interest isn’t right.

Pai goes on to say that the increased floor area would reduce prices and costs for business, create huge jobs and aggregate business reducing costs of commute and concentrate activity.

“The existing arrangement of low FSI in the core is the source of high prices and the sprawl of the city. The high prices are due to vested interests which want to keep prices high and to keep it for a privileged few. The recommendations will break the stranglehold of vested interests which want to keep real estate prices high as they do not want the supply to increase. All cities globally follow this norm as recommended,” Pai adds.

The report proposes following:
Infrastructure Fund (base):
Residential : Rs 100*/sqft for all zones
Office /Commercial: Rs 150* psf for all zones

Premium FSI (beyond the eligible base FSI):

According to Urbanist V Ravichandar, finances certainly have to be raised for the development of the city’s infrastructure. However, he adds that “the KIG report has set out one option through densification. It need not be the only option. Individuals and organisations could come up with other alternatives to raise the resources.”

Kathyayini Chamaraj of CIVIC says that the city will not be able to handle anymore densification. “Our water and sanitation infrastructure is already under tremendous pressure. If higher FSI is allowed, then the entire sewerage network in the core area will need to be replaced. Apart from this, there is shortage of water in the city. According to the BWSSB, the city has already overdrawn the water it can get from Cauvery. With the city’s lakes unlikely to revived anytime soon, where will the city get water to support more people?” she asks.

Koramangala resident Vijayan Menon says he is wary of using the FSI model to raise funds. He says that though the government promises to augment infrastructure to facilitate the higher FSI, “It’s highly likely that the FSI increase will happen even before the basic services like water, sanitation are in place to deal with the increased pressure.” Menon also adds that systems have to be in place to ensure that the funds mobilized will be used efficiently and in a transparent manner, well before the government finds new means of funding infrastructure development.

(107 pages, may take 3-5 minutes to load for first time visitors to this article, depending on internet speeds)

Another criticism the KIG has had to face is that it held no public consultations during the preparation of the report. However, Pai clarifies this: “The KIG has made its recommendations to the government. The report has been on the web for nearly three months. It is upto the government to decide on any consultation and include this in the city plans which need updating now.”

‘Let there be more ideas to raise funds’

According to V Ravichandar, the group held consultations with lots of individuals, groups and government agencies. “It is likely that some groups have been left out in this process. This report is a submission by the IT/BT group thinking holistically about creating jobs and improving infrastructure – physical and social. It does not have to be the only one. Let there be more ideas tabled and may the best ideas be implemented,” he suggests.

Kathyayini Chamaraj also says that they were consulted during the preparation of the report, “but there needs to be more widespread consultations, especially at the grassroot-level before such policies which affect the lives of so many people are implemented,” she adds.

When asked about his reaction to high rises in the city, Bangalore in-charge Minister Ramalinga Reddy said that he was not aware of the recommendations. “I will comment about this only after going through the recommendations in detail,” he said.

Present status of the report

It has also set up a high level implementation committee to push forth the initiative and monitor the implementation of the recommendation in the time frame.

The members of KIG 2020 will be permanent invitees to the meetings of the implementation committee meetings. The committee has the following structure:

Click here to read the government order in this regard.

After the election, the report was re-submitted to new Chief Minister Siddaramaiah recently.

Cubbon Park is one of the last green spaces left in Bengaluru. Who is fighting for what, with regards to Cubbon Park? What have the fights achieved?

Why pedestrians prefer risking lives over using skywalks in Bengaluru

With long flights of stairs, dysfunctional lifts, and even criminals lurking around, skywalks in Bengaluru have few users. These multi-crore projects are justified only if safety and convenience of users is taken seriously

Most coaching centres in Bengaluru operate illegally, no action yet

Parents sending their children to tuition and coaching centres seem unaware of laws governing the institutes. Only 28 are registered while hundreds continue flouting rules merrily. Why is this a problem?