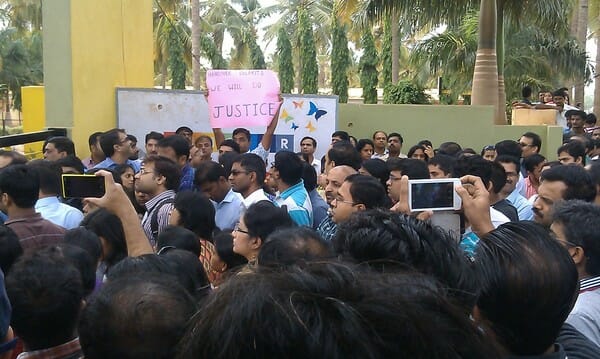 It is almost a month after the Bengaluru’s Vibgyor rape case hit the headlines. There were four arrests so far, and the fourth arrested, the Chairman of the school Rustum Kerawalla has managed to get a bail. The police say that he was in Mumbai when the incident occurred, hence he was not aware of the issue.

Now this is the question that haunts everyone: Will other staff in the school go scot-free, even after the reports of the kid allegedly being treated in school itself and teachers not reporting it to police?

The fact that two more arrests were made after arresting Mustafa might create some problem in prosecution, says Ashok G V (26), advocate and managing partner at CorLit Legal. “The Defense may argue reasonable doubt, as the police itself seems to have many offenders in mind, thanks to these multiple arrests,” he adds.

Those who did not report rape to police can be booked 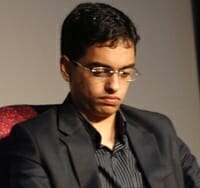 Keeping all this in mind, Advocate Ashok says: “Definitely police can arrest the teacher, maid and the doctor under section 19 and section 30 of the Protection of Children Sexual Offence Act and section 201 of the IPC for destruction of the evidence.”

Section 19 holds the person who had the even first apprehension of knowledge about child sexual abuse as responsible for informing police. Not informing attracts a punishment of not more than six months along with a fine. IPC Section 201 deals with destruction of evidence that punishes the accused on the par with the offender doing the crime.

However, if the person accused under section 30 is innocent and didn’t help in covering the matter or had no knowledge about the crime, then the person will have to establish during prosecution beyond reasonable doubt (Section 30 (2) of the POCSO), that he/she did not have any apprehension or knowledge of the offence against the child. “Only this will prove his/ her negligence or non-participation as genuine,” says Ashok.

Complaint may be needed to get police to act

In Vibgyor case, the official FIR refers only to a teacher who put the child in the darkroom and two teachers who committed the crime. Meanwhile there are others who reportedly are involved in hiding the incident from public and police eye.

A lawyer who does not want to be named says that there has to be a specific complaint against those who did not report the incident to police. If there is a complaint or a writ that requests the police to look into this, or if the police takes it up suo motu, the police can and will investigate the cover up angle.

“School is responsible in criminal law if they do not report it but suppress it in the name of reputation or any pretext. In civil law school may be held responsible for compensation,” says Nitin R, an advocate practising in Bangalore.

Police generally tend to finish the investigation by collecting evidence against the rapists, while those who hid the crime will go scot-free. So it is important to have a writ or a separate complaint filed if the ‘abettors’ of the crime need to be punished.

Schools tend to hide such incidents for various reasons. However, according to law, hiding such crimes can lead to punishment. So the answer to the question ‘What should school do when a child is abused’ is simple – call 1098 or the Special Juvenile Police Unit and report the incident. Do not let the guilty go scot-free. A guide to deal with Child Sexual Abuses under POCSO, along with contact numbers, is here.

Principal – can s/he be arrested?

Keeping in mind the above incident and the fact that the Vibgyor rape case had occurred in the school premises during the school hours when the principal was present in the school, some parents speculate about any alleged involvement in hushing up the crime. Even Rustum Kerawalla has reportedly told the police and the media that the Principal should be probed.

Therefore can the police arrest the principal?

In response to reports in the media and posts on social media questioning the principal’s past conduct, Ashok says that prior conduct of the principal cannot strictly let him get arrested in this case. There has to be some type of involvement in the particular case, for example, destroying the evidence etc related to this case.

Another important aspect of the Vibgyor case is that the child was sent into isolation. This can be called as corporal punishment. Irrespective of whether or not the rape took place during the detainment in darkroom, corporal punishment is not allowed in schools. However the laws are not very strong enough to punish the guilty.

Advisory for Eliminating Corporal Punishment in Schools drafted by Ministry of Human Resource Development and Department of School Education and Literacy, signed by under-secretary of India, Alok Jawahar on 26th March 2014, circulated to all schools, states that there is no statutory definition of corporal punishment of children in Indian law.

However, section 17 (1) of the Right to Compulsory and Free Education ( RTE)  2009 says, “No child shall be subject to physical punishment or mental harassment.” Therefore, Advisory board draws the meaning as 1) Physical punishment 2) Mental harrasment 3) Discrimination. The board in the circular has also mentioned that corporal punishment will also include all forms of sexual offences as per the Protection of Children from Sexual Offences Act (POCSO), 2012.

The draft considers “detention in the classroom, library, toilet or any closed space in the school” as Physical Punishment point D (page 3), therefore a corporal punishment.

RTE has no strict action against corporal punishment, neither does IPC. While, section 17 (1) of RTE would lead to disciplinary action on a person who is undertaking corporal punishment. Section 339 of the IPC deals with wrongful confinement, which means if a person A obstructs person B from doing anything against her right, it is a wrongful confinement, and this is punishable.

Only Juvenile Justice Act 2000 has well-defined action to be taken against corporal punishment. Section 23 of the JJ act says, “Anyone who has the charge or control of a child or juvenile, assaults, abandons, exposes or willfully neglects the juvenile or causes/ procures him to be assaulted, abandoned, exposed or neglected in a manner to cause the child unnecessary mental or physical suffering shall be punished with an imprisonment for a term which may extend upto six months, or fine, or both.” (Advisory circular page 6)

‘Give police their time’

Shaibya Saldanha, member of Enfold, Counsellor and Gynaecologist, endorses Ashok’s argument. She says, “Forensic evidences and interviews have to be produced and it will take time. The child cannot be questioned again and again by different authorities or even media. Give police their time, they will do the right thing.”

Ashok says, “Police is required to move with great diligence. If we look at Nirbhaya case, A lot of evidence was presented to the court, resulting in a textbook prosecution and conviction. Give them their time, for the time being.”

No one can take an immediate action on all the accused, as the principle of jurisprudence goes – innocent until proven guilty. “Police needs to collect reasonable evidences with reference to all those who are involved, and then book them under abetment sections and IPC. They can’t file chargesheet on mere suspicion,” says Ashok, stressing on the importance of solid evidence. “Considering the fact that the child was a victim, a lot of care needs to be taken by the police in gathering the evidences and while interrogating the child with enough protection”, he adds.

How should a case of child abuse be dealt with under POCSO?
What to do if your child is sexually abused

Ten swanky bus terminals have come up across the city at a cost of 450 crores. But a state government report says they are ridden with problems. With 35 more to be built, will BMTC pull up its socks?

Two years into operation, Bengaluru’s greenfield airport is receiving high service ratings from passengers. The airport’s 24/7 control center is playing a crucial role in this.

Yet another draft of new rules of Ward Committee is out, still no power to Ward Committees; appointment will be done by the corporator; corporator will have veto power. Objections to this can be filed before November 25th.