This question has been haunting me since 2011. So, I went about trying to understand where all these terminologies come from.

Since we live in a device-driven world, let us first look at what is the fundamental difference between electronic and electrical devices. Electrical devices convert electric current into another usable form of energy (e.g., an electric car will convert it into motion), whereas electronic devices manipulate the input power to produce usable outputs (e.g., a laptop that does a myriad of things).

Similarly, both Electronic City and Electronics City are in common usage. But which one is correct? To answer this question, we will have to look at two different aspects: phonetic/grammatical as well as historical.

Let us first consider the grammatical/phonetic aspects. One might argue what is wrong in calling it Electronics City. Before calling it right or wrong, let us ask ‘is there a difference’? 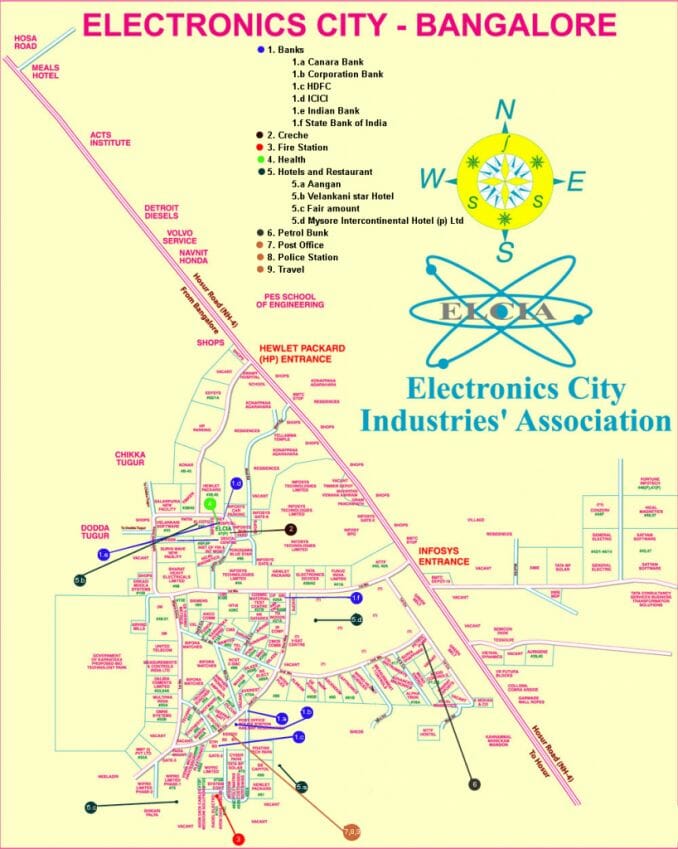 The problem with Electronics City is, the first word ends with a ‘s‘, and the second word starts with a ‘s’ sound. And how easy is it to pronounce Electronics City? How many actually say it the way it is written? Although Indian English is different from British or American, it is not supposed to be absurd!

For those who do not know the history of this now-renowned place, it was established by KEONICS (Karnataka State Electronics Development Corporation Limited) in the late 80s. In fact, a detailed project profile was drafted and placed before the KEONICS board of directors meeting held on Monday 30 July 1979.

Throughout this document, one of the pages of which is shown below (and a soft copy is available here), the future technology hub that would come up near Konappana Agrahara is unmistakably referred to as Electronic City. When and how this became distorted as Electronics City is a question only sign board writers can answer!

Into the world of BMTC buses…

A student who has experienced the negative side of the BMTC bus journey writes that be it an ordinary bus or a Volvo, the drivers are unconcerned about the commuters.

A wishlist for govt schools: political parties, are you reading?

Education is the foundation of a strong society, but in Karnataka, public education in urban areas has been a neglected area. What can political parties do to set this right?

BMTC conductors unwilling to give tickets for short distance travels

If the conductor takes money and doesn’t give you the ticket, ask for the ticket. If not…