According to recent media reports, the Public Works Department has trained its sights on a heritage building. The 83-year-old Janata Bazaar, which has been listed as a heritage building under the Revised Master Plan 2031, stand on premium property in Gandhi Nagar. The PWD, however, has branded it as “very dangerous” for human occupation and has proposed to bring it down. This has the heritage conservationists up in arms as the building who insist that the building can be restored to its former glory and is only suffering from neglect.  The building which was inaugurated by the Yuvaraja of Mysore Narasimharaja Wodeyar in 1935 follows a colonial style of architecture with its sweeping arches, circular staircases and wide portico. 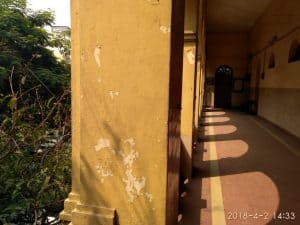 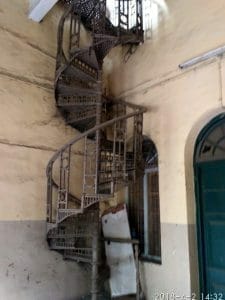 In a bid change the government’s mind, the Bangalore Chapter of the Indian National Trust for Art and Cultural Heritage (INTACH) started an online petition asking citizens to write to the PWD against it. Priya Chetty Rajagopal, of the Heritage Beku Group, which has been working on policy for preservation of Heritage also met with Chief Secretary Ratna Prabha about the matter asking the government to reconsider. The sentiment seems unanimous across the board, that the building should be restored and not demolished. 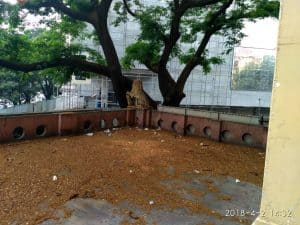 To shore up public support, INTACH is asking citizens to send emails to the Secretary, PWD, Mr Lakshmi Narayan’s office and have even put out a format for them to use.

“We read with concern the report in the newspapers today that the Janatha Bazaar building on KG Road, Bengaluru, may be razed and replaced with a multi-storey complex. We urge you to please stop this demolition for the following reasons:
1. The building is listed as a heritage building in the draft Revised Master Plan 2031 recently prepared and released by the BDA. Even though the Plan has not yet approved, we hope the government will still abide by regulations it has formulated.
2. If the building is considered unsafe as stated in the newspaper, heritage conservation professionals such as INTACH can be called in to restore the building to safety.
3. The building’s foundation stone was laid by the then Yuvaraja of Mysore. The building thus has strong sentimental and other associations for many people.
4. Worldwide, modern cities and their governments work to protect and preserve their heritage, recognising its importance. As a modern city, Bengaluru too must move with the times and preserve its past, not demolish it.”

The letter can be sent as both email and regular post to Mr Lakshmi Narayana, Additional Chief Secretary, Room 335, 3rd Floor, Vikasa Soudha, Bangalore – 560 001. The email address listed is prs-pwd@karnataka.gov.in.

Note: This is based on an email sent by INTACH to citizens

It definitely looked like an eye-opener session for the incumbent MP, P C Mohan, when all other candidates unfolded their vision, and even took him head on!