The All India Environmental Journalism Competition award was given to one of the stories written by Navya on the Special Economic Zone (SEZ) project by Mantri Developers coming up on Bellandur wetland – Mantri’s 72 acre project encroaching Rajakaluve: IISc Report, published on May 31, 2013.

The expose is part of a series Navya had reported on the SEZ project that violated environmental norms. The project promoters had also obtained partial NOC from the BWSSB with no alternative arrangement for water for the entire project. The stories developed with the help of RTI findings, had created ripples among the lake warriors of Bangalore. 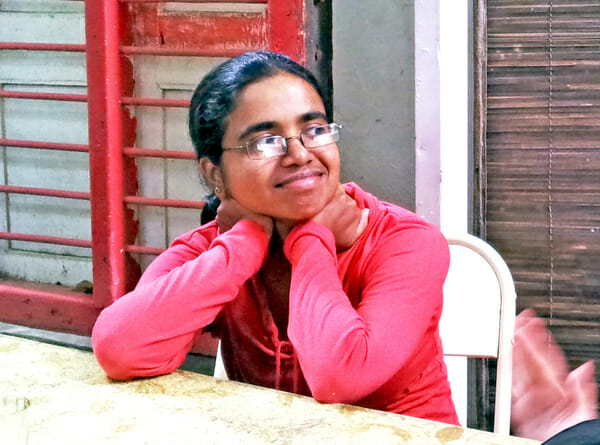 Several residents associations and citizens groups have since filed a public interest litigation in the High Court of Karnataka against the government for the sanction of the SEZ in the eco-sensitive wetland zone.

The All India Environmental Journalism Competition has been organised by the Deutsche Gesellschaft fuer Internationale Zusammenarbeit GmbH (GIZ), the Forum of Environmental Journalists of India, and the Third Pole in cooperation with IFAT India and DW Academie, under the patronage of the German Embassy, New Delhi.

The award includes Rs.50,000 and a memento that contains the winning entry. The winners will receive their awards at Mumbai on October 24, 2013 at the opening of the IFAT India fair.

Navya P K’s award is the third in five years for Citizen Matters reporting. In 2009, Supriya Khandekar won an ADB international young journalist award for her story exposing the dire situation of women’s health at a village just 17 kms outside Bangalore. In 2011, Vaishnavi Vittal won the Laadli media award for exposing the remarkable insight with which teenage girls in Bengaluru had assessed the Karnataka government’s politics.

The theme behind the award to Navya has been explained in the IGEP website: “As India moves on the path of rapid economic growth, environmental degradation is becoming severe. To walk on the path of sustainable development, awareness and knowledge about the state of the environment and sustainable solutions is the key. Media has a crucial role to play in this. Environmental reporting may contribute towards a sustainable future.”

Navya P K hails from Kerala. She recently commenced post-graduate studies in politics at the Jawaharlal Nehru University, New Delhi and is appreciative of the award.

“I’m happy about the award. I am happy to have worked with citizen groups who shared information for the story, who also went ahead to file a PIL against the government authorities and project builders”, she told Citizen Matters over phone from Delhi.

Navya also noted that environmental conditions are worsening in Bangalore. “I hope there will be bigger focus on these issues, and also more participation from public on combating these. I do plan to come back to journalism”, she added.

Second prize: R Samban, “And quiet flows to death” published in the Malyalam daily Deshabhimani on May 4, 2013.

Beyond Carlton, in partnership with BAF, Citizen Matters, Jain (Deemed-to-be-University) and When-It–Strikes, will offer Fire-Risk Assessment for Bengaluru Apartments.