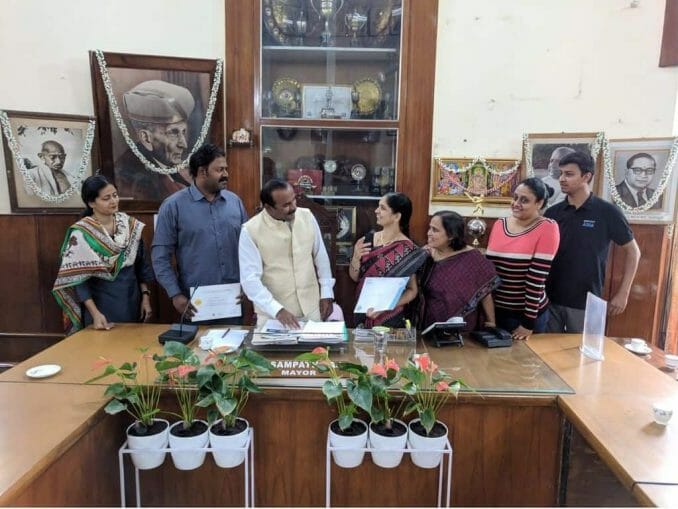 We hadn’t expected to receive 68 entries for this topic, in a city where half the people don’t know what a mayor can do. Our contest, ‘If I were the Bengaluru Mayor’ became an all-time hit, with submissions overflowing with ideas! There were 54 English entries, and 14 Kannada entries.

We read them again and again, and shortlisted 10 English entries and 5 Kannada entries for the judges to decide. The judges included Manjula Sridhar, an entrepreneur, Harish Narsappa from Daksh, Yatish Kumar from Prajavani, Rasheed Kappan from Deccan Herald and Prakash Belawadi of Suchitra Film Society.

The winners were: Srinivas Alavilli, a software engineer with Oracle, for his entry in English category, titled ‘Plan Bengaluru 777‘ and Veda Athavale, head of the Sanskrit Department in Delhi Public School, for her entry, titled ‘ಬೆಂಗಳೂರಿನ ಮಾಲುಗಳಲ್ಲಿ ಗ್ರಂಥಾಲಯ, ಕಾಲೇಜುಗಳಲ್ಲಿ ಮೇಯರ್ ಮತ್ತಿತರ ಕನಸುಗಳು.

The winning and shortlisted entries are being publishing here: If I were Bengaluru Mayor: contest »

We had been trying to get an appointment with the Bengaluru Mayor Sampath Raj for over a month now, and we finally got to meet him and the Deputy Mayor Padmavathi, last Saturday, December 2, 2017. At 10 am, the Mayor walked in and greeted us at his office. After talking to a few others waiting for him, he turned his attention to us, ready with a paper and pen, eager to listen to the ideas from the winners of the contests. 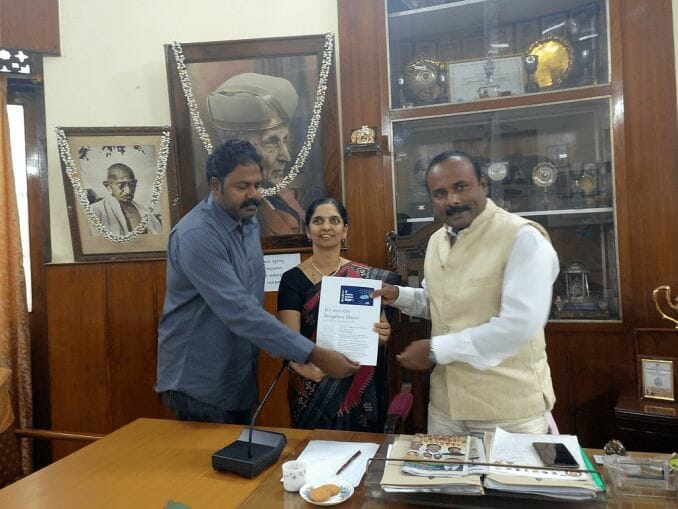 The interaction went on for more than 30 minutes. To summarise it in one word, it was a heartwarming event for us with a lot of discussion, arguments and laughter. At one point, the Mayor even offered a day as the Mayor, to Veda Athavale, to set the things right in the city! Srinivas Alavilli, winner in the English category, writes about how it went about:

Yesterday I was given an opportunity to share my essay with the Mayor of Bengaluru since this time around the topic is “If I were the Bengaluru Mayor..” – my submission was adjudged winner in English category. Veda Athavale’s submission won in Kannada category in the online essay writing contest held by Citizen Matters and Apartment ADDA.

I wasn’t quite expecting a “discussion” as it was meant to be short ceremony to hand out the certificate but the Mayor surprised us by engaging in a long conversation. He sought to know what was proposed in the essay and over the next 45 minutes or so, he listened, made notes, defended and debated and laughed – challenged to go the toilet in BBMP office in that very instant (to prove its clean!) – without any hint of impatience and repeated that he welcomes all inputs and wants to work with citizens. BBMP Mayor Sampath is young and dynamic and I hope he leaves his mark in his tenure which will witness high profile state assembly elections! I like how he goes around town on his two wheeler for inspections leaving behind those sarkaari white Fortuners

I urge you to read my essay

? and share your valuable opinion. The contest rules said it must be practical and I took that seriously and curbed my enthusiasm to a great extent. I will be thrilled to discuss the ideas and how we can perhaps bring them to life.

The winners presented the booklet of selected shortlisted entries to the Mayor. The Mayor issued certificates for the winner, and cheques sponsored by Apartment Adda, our partner in hosting this contest. The Mayor has promised that he would go through the entries and make note of valuable suggestions.

Now, we are thinking, what should be our next writing contest!

10 years of Kannada Wikipedia: Many more miles to go!

Kannada Wikipedia community had a celebration that was introspective as well. Plans were chalked out on adding more content.