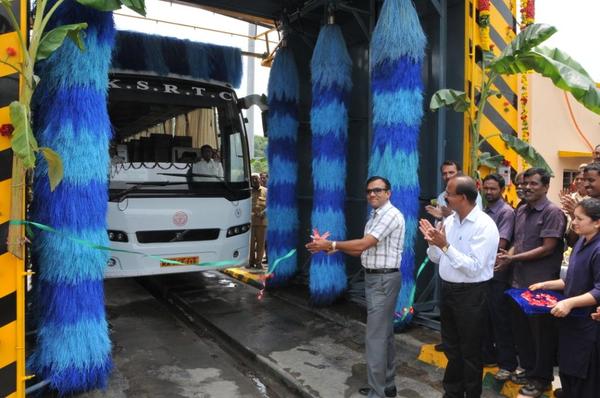 On June 1st, the Karnataka State Road Transport Corporation (KSRTC) unveiled a new washing machine for its buses. Built in-house at the Bangalore Central Division (Shanthinagar) depot, KSRTC claims that the new machine is the first of its kind in India. The machine was inaugurated by KSRTC Managing Director, Rajender Kumar Kataria.

As per the press release shared by KSRTC, the new washing machine offers quite an upgrade on the earlier washing process.

The machine has been installed in the Shanthinagar depot which operates 128 Volvo buses, on 121 schedules.