Observe the stretch coming down on Sarjapura Outer Ring road from Agara going towards Ibblur Sarjapura/ ORR junction. As the road veers towards the left, you may have seen a beautiful serene lake a few years back. Now, all that is left to see is a bed of water hyacinth, with sewage incessantly flowing into the lake and heaps of garbage dumped into the lake.

Ibblur kere is a sad story of neglect. Local residents recall a beautiful lake till 2009 with migratory birds visiting during the winter months. Then, it all changed. As the development in neighbouring Ambalipura and Haralura went up, the existing sewage drains burst. For a long while, residents living near Trinity Woods & Acres in Sarjapura Road would see pools of sewage lying in the land next door. The sewage eventually went underneath Sarjapura road and under ORR at the junction- into Ibblur kere. Add to that, the shrinking of actual lake area due to expansion of roads. Encroachment by individuals at the lake perimeter has further compounded matters. Existing fencing has come apart and dumping of garbage continues unabated. Many tempos and vans use the lake bund for parking too. 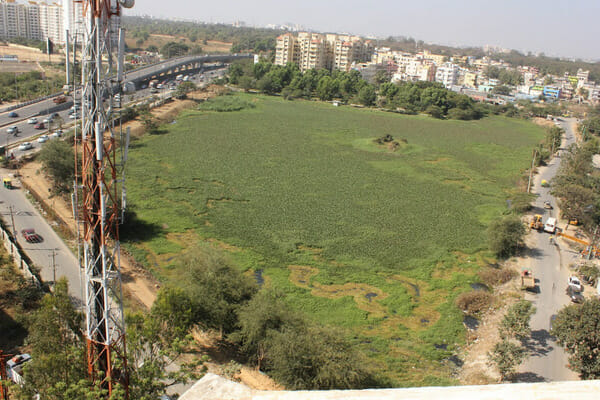 Ibblur lake must not be treated merely as a lake or water body. Apart from a pleasant surrounding for residents to have a clean water body, it serves a very important purpose. Bellandur and Ibblur residents are virtually entirely dependant on underground water, in the near absence of Cauvery water. With concrete structures coming up all around, the water table is fast shrinking. It must be understood that water bodies serve as natural sources of rain water harvesting and help in recharging the water table- something which is very critical for these areas. If the lake dies out, it would be very quickly converted into yet another concrete highrise, with no place for underground water to get recharged. Apart from that, the lake area acts as recreation centre for local residents, children and  elders. During winter, it also plays host to migratory birds, thus contributing to the ecological balance. 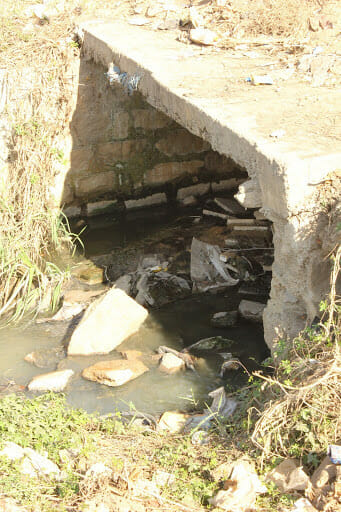 Sewage flowing into the lake is the biggest issue plaguing this lake. All the fish have already died and water hyacinth and weeds have fully taken over. If action is not taken quickly, the lake will die a slow death.

Road expansions (many of them unapproved) and encroachments along the lake boundary have further made matters worse, shrinking the area of this lake by a significant amount.

Many trucks and vans bring in waste from shops in neighouring areas and dump them overnight in the lake boundary, or sometimes inside the lake. The absence of a clear fence makes it easy for them to do this. There is very little deterrant.

What also makes the situation complex is the political boundary demarcation. Ibblur lake stands at the edge of Bellandur and HSR wards, it also serves on the boundary of Mahadevapura and Bommanahalli Assembly Constituencies. Not only that, on the boundary of Bangalore Central and South Parliamentary Constituency. The sewage originates from one area, the lake area belongs to the other area. Co-operation of the elected representatives is absolutely essential to save this lake.

In the beginning of 2013, local residents and RWAs put their heads together and instituted Ibblur Lake Forum, an informal federation of RWAs, united in their goal of the restoration and rejuvenation of the lake. In January 2013, the KSPCB formally issued a notice to the BWSSB to address the sewage flowing into the lake. The BWSSB responded indicating that the area was under 110 village limits, hence they were unable to take up any work there. Accordingly, the KSPCB re-issued the notice to the BBMP in February 2013, seeking their intervention to stop the sewage inflow.

In March 2013, Chief Engineer (Mahadevapura) prepared an estimate proposal that diverts the sewage from Ambalipura and Haraluru into a new UGD pipeline that eventually connects to an STP plant in downstream Bellandur lake. However, no work has started on this project, since no funds have been allocated to this work.

Meanwhile, the BDA finally secured funding approval for fencing the lake boundary in May 2013. The Taluk office has initiated survey work towards marking the boundary and clearing encroachments. Fencing work is expected to start by the end of June, once the survey work is completed.

In June 2013, responding to lack of concrete action by the BBMP to resolve the sewage inflow, the KSPCB re-issued a notice to the BBMP seeking immediate resolution of this urgent issue. 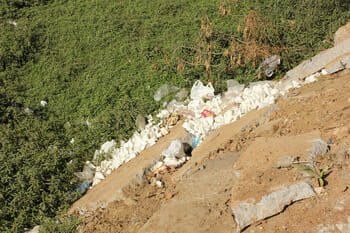 No restoration process for Ibblur lake can be undertaken until the core issue of sewage is addressed. Equally important is the fencing of the lake boundary to protect against encroachments. Current roads provide access to people living in Ibblur and Bellandur, but they are also instrumental in destroying the water body, through uncontrolled garbage and debris dumping into the waters. Keeping public roads inside the lake area, that too, right next to the water body, poses significant challenges. Instead, the roads could be moved to the edge of the lake area.

This year a good monsoon has been predicted. If if some ground work towards restoration of the lake is initiated, it would allow the natural restoration of Ibblur kere.

But, is anybody listening ?

Every monsoon, residents of Garvebhavi Palya go through the routine of flooded homes and squishy roads. This year is no different.

Some workers dug the roadside of Varthur Road, which leads to Nellurhalli, a few weeks ago to lay cables and never repaired it again.

Time to get ‘Oota from your thota’

You have a small balcony and want to grow your veggies? Don’t know where to start? Get to know all about organic kitchen gardening, composting and healthy eating this Sunday at BTM Layout