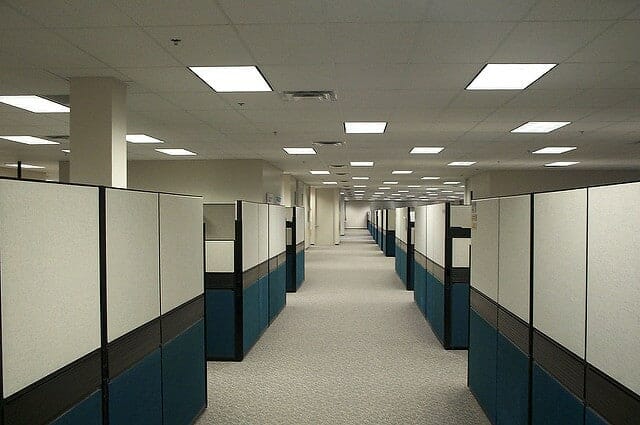 When Rafik (name changed), a young man in his thirties, came up with an innovative business model for advertising in Bengaluru, the first hurdle came in the form of lack of clarity over rules governing this kind of advertising.

The business idea was simple: to introduce outdoor mobile billboard advertising, that is, to use private or commercial vehicles for advertising a product or service through stickers or billboards. Unsure of  the rules and guidelines pertaining to this business model, Rafik first visited the advertising section at the BBMP office, enquiring about the procedure to be followed to get the requisite permissions.

“When we went to the BBMP office, they were not sure how to address our questions and deal with our business request. Initially they thought we would be modifying Tata Ace mini trucks or autorickshaws to stick billboards and it took us some time to make them understand that our business model was different. Our plan was to use private and commercial vehicles for advertising, without any modification. This enables the private vehicle owner too to become a brand ambassador for the product being advertised and make some quick bucks,” Rafik, the co-founder of the start-up says.

Since the advertising section had no clarity over the permissions to be issued, the team was asked to write a letter to the BBMP Commissioner requesting the same, but they did not get a reply.

Thus began the misery of running from pillar to post to get authorisation to run the business. Rafik’s team went to the Regional Transport Office (RTO), where they were asked to visit the Regional Transport Authority (RTA). But even in the RTA office the officers had no idea about the procedure regarding permission, the terms and conditions involved or the paperwork (application forms etc) to be completed. “There, too, we were asked to write a formal letter requesting permission,” he says.

Meanwhile, the team also approached Bengaluru Traffic Police where the police officer insisted on approval from the traffic police, as the cars would run around the city on business and they could be stopped and seized if they did not have the requisite permission.

“At the same time, another top cop we met clearly said that there was no provision to give consent to run such a business, but could not cite any reason. While the RTA rule specifies that one cannot modify a private vehicle or a cab, there was no modification involved in our business. So far we haven’t been able to find an answer as to why private vehicles cannot have advertisement stickers, whereas the same is allowed on BMTC buses and autorickshaws,” wonders a dejected Rafik.

Amidst this uncertainty, Rafik and his team registered their company under the Companies Act and launched the business six months ago and continue to run it without formal permission from the authorities.

Are they legal or illegal?

A similar experience has been related by Highway Cookie, a start-up based in Bengaluru that has introduced infotainment in cabs through an app for tablets. Umang Surana, the co-founder of Highway Cookie says the idea behind their business was to use cabs for digital engagement, thus creating better travel experience for passengers.

The idea was innovative and the ground uncharted, so there were no existing rules governing this form of business. “We visited a few departments in the BBMP and RTO, but nobody was aware if it was okay to promote a product or a service in a moving vehicle. In fact, there are no guidelines for this model. In the absence of any available information on rules, we registered our company and started the business three months ago. We hope we are safe as long as this business model does not hit the mainstream,” tells Umang.

Bengaluru boasts of housing and fostering over 5,000 start-ups and has been ranked as the second fastest growing start-up ecosystem in the world, but a lot of these new enterprises function under a cloud of uncertainty. There is no dearth of young minds coming up with innovative ideas for start-up companies, but a major challenge that they face is the absence of defined regulation or guidelines for their business models.

The co-founder of a popular food truck in Bengaluru, who did not wish to be named, said that when they launched their business, they had no idea what permission and licences they would have to obtain. According to the under-formation association of food trucks, there are over 40 food trucks operating in the city, and yet, a well-defined set of rules and regulations for such operations is strangely missing.

“We obtained a licence under the Shops and Establishments Act and got a food hawker’s license. We haven’t registered under the VAT Act for we aren’t sure if we come under the law. Much later, we realised that the truck, if registered as cargo or passenger vehicle, cannot be modified as food truck. In the absence of proper rules for food trucks in Bengaluru, we are functioning under constant pressure,” he says.

When he says constant pressure, he refers to the surveillance of traffic police over food trucks which often leads to demands for bribes to operate. “We need help from the government in the form of framing explicit guidelines, so that we can abide by the procedures and operate legally,” the chef-turned-food truck owner says.

Citizen Matters spoke to several other start-up founders as well as previous owners, all of whom had one thing in common to share. They often end up functioning in an extralegal way for they do not have permission from the authorities, who in turn lack any kind of proper policy relating to new business models.

Moreover, with tens of departments and authorities in place, start-up owners also find it difficult to figure out whom should they approach and seek permission from.

Blow to the spirit

Absence of guidelines or inordinate delays in framing the same has often hindered start-ups from venturing into new things or expanding their business. Often, they spend their time persuading the government department to come up with clear rules.

Take the case of bike taxis, which are considered illegal in Bengaluru but often continue to ply in the absence of required license. Suman Kundu, co-founder of a bike taxi which now ceases to exist says that even after several meetings with the Transport Department, and discussions over the pros and cons of each aspect of the proposed regulation, nothing concrete emerged. “They were just so reluctant to introduce anything new and were taking their sweet time. Even after constant follow-ups, the rules have not been introduced till date,” he points out.

For the start-ups that are functioning with the sword of Damocles hanging over them, temporary guidelines to do business is the least that they expect. “Either the departments should frame the rules quickly or otherwise, issue a set of instructions to be followed until new rules are framed,” says Umang Surana from Highway Cookie.

Suman Kundu further points out that proper guidelines in place give headspace for new ideas to boom and encourages youngsters.

Responding to the issues raised by start-ups, IT & BT Minister Priyank Kharge says the start-up cell formed by the government of Karnataka addresses many of the issues that the start-ups had been facing prior to its formation.

“For the first time in the country, the Karnataka government has developed a Start-up Cell as a part of the Karnataka Start-up Policy 2015-20. The three-month-old cell does most of the handholding for (any) start-up founder who approaches us. If they furnish the details of their business incorporation, the single-window system in the cell helps them go about getting the necessary permission from the authorities. Over 2000 start-ups have been registered with the cell so far,” he says.

However, to the query on absence of guidelines for varied and innovative business models, he says that since there is no single authority to grant direct permission, the procedure depends on vertical focus. “It is not possible to introduce a new policy for every business. Also, we cannot give blanket permission for every business. There should be vertical focus,” he says.

He admits that new policies are not framed to keep pace with technology evolution. “This is the case not just in India, but everywhere. I agree to their (start-ups’) point that policies should evolve as fast as the technology,” the IT Minister notes.

Praveen Sood discusses solutions for traffic woes in the city

Here’s all you need to know about ward – 149, Varthur, before BBMP elections.