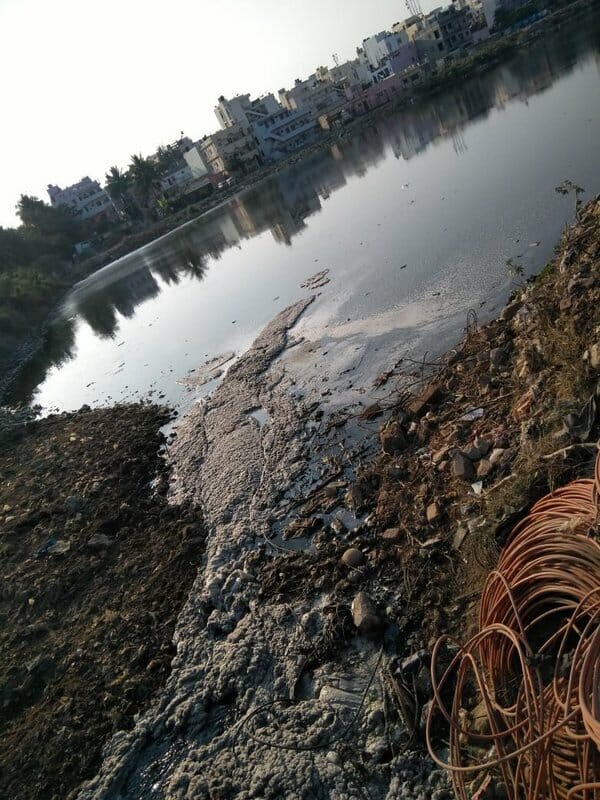 The Government of Karnataka and BBMP has been actively promoting composting as the way of managing organic waste at home. Composting also has been tried out in Bengaluru at bigger scales now and then, but not with much success.

Citizen Matters has been covering the KCDC issue ever since the plant re-opened in 2014. Recently Citizen Matters published an interview with KCDC Chairman A Kenche Gowda. In the interview, the Chairman while responding to several allegations made by the residents of HSR Layout against the KCDC’s functioning, said that the compost unit has stopped letting leachate to Somasundarapalya lake and the newly bio-filter system has reduced the stench.

In this background, Citizen Matters got in touch with a few residents in the area.

Gayatri Shenoy, a resident of Sobha Daffodil Apartment, who works for an NGO, shared her thoughts:

I have been living in Sobha Daffodil since 2011. The problem of stench from KCDC started in 2013 after the plant started receiving fresh waste. There has been no respite from the smell yet. It is terrible even today. We start our day by inhaling the bad odour as the stench is too much early morning.

In this extreme heat, we can neither close the windows to avoid the smell nor can we keep it open. We are in a fix. The stench and pollution from KCDC is causing health problems too. My husband has been suffering from eye allergy. The itching of eyes stops when he reaches office but it starts once he is home. Me and my daughter too frequently suffer from sneezing and itching, which the doctors attribute to environmental pollution. My parents who live in Malleswaram develop allergy like sneezing and wheezing as soon as they visit my home in HSR Layout. It clearly indicates the direct correlation between the area we are in and the health issues.

Parents living close to KCDC, do not let their children play outside once they are back from school in the evening, just to avoid them from exposing to the stench and pollution caused by KCDC. Is this the kind of life that our children should lead?

I have participated in the protests demanding for the closure of KCDC and I believe closing down the plant is the only solution.

Kavitha Reddy, founder of the non-government organisation Hasiru Mithra and a resident of HSR Layout, in a brief e-mail interaction with Citizen Matters, explains more about the issue.

On the problem in KCDC Kudlu plant

KCDC was shut down in 2008, and was forced to re-open by a few experts without taking any feedback from the citizens. They also misled the court on facts related to waste processing. KCDC plant in Kudlu has Refuse Derived Fuel (RDF) stock of over 1.3 lakh tons, some part of it is soil-capped. Most of it is lying out in the open. As per the Municipal Solid Waste rules a processing unit cannot stock RDF as its highly inflammable.

KCDC plant has also encroached into four acres of Somasundarapalya lake land and has filled the Lake catchment areas, wetlands and drains that carry rainwater with heaps of waste. Expert Committee showed no interest in the running of KCDC Kudlu for many years, and never bothered to check if the Standard Operating Procedures put out by the High Court were followed. Karnataka State Pollution Control Board (KSPCB) renewed the licence of KCDC Kudlu after they gave an assurance on all the key 14 points that KSPCB raised during the time of renewal of licences.

We as an association have put together a 350+ page petition that has all the documents obtained via RTI via official communication that exposes the story of lies KCDC Kudlu, Expert Committee and BBMP have been stitching for a long time. (Read this petition here.)

On the biofilter system to reduce stench

The fairy tale of this ‘bio-filter’ has been told for too long, for over one year we have been given different deadlines on the commissioning of this Magic Wand. We have not seen any progress in completion of the installation of Bio-Filter, rather we were told by one of the experts roped in by KCDC that bio-filters are of no use and will be discontinued. The stench will not end because the plant is trying to process a quantity of waste it is not built for and like any waste processing unit it has exceeded its lifespan.

On KCDC leachate ending up in Somasundarapalya lake

After repeated demands and visual proof, KSPCB asked KCDC Kudlu to not let the leachate into the lake and asked them to build a tank from where it can be taken to BWSSB STP for treatment. But as always, KCDC Kudlu was letting the leachate during late night or early morning hours and was siphoning off the money meant for the transport of leachate. Finally we got the drain closed, but on February 9th, 2017 in the presence and under the supervision of a member of Expert Committee, huge quantity of leachate was released into the Lake directly. We have video recording of the incident. We confronted the Expert Committee Member, who did not have answers and evaded our questions. (See the tweets on the issue here.)

On the demands of HSR Layout residents

We want the KCDC plant in Kudlu to be shut down. We gave them a long rope, we worked with them, we gave several suggestions that never got implemented in the last three years. KCDC Kudlu is polluting air, groundwater and lake, causing several health issues for the people in the locality, and even destroying the greenery around.

The lake, KCDC Kudlu, human beings and a BBMP Nursery cannot exist together, and KCDC Kudlu has reached the shutdown point. On February 24th, 2017 evening when the RDF caught fire, all our fears came true, we have been talking about this disaster in waiting for a very long time. KCDC, Expert Committee and BBMP officials are not capable of running a waste processing unit in the middle of a thickly populated locality. Public money is wasted and looted every single day in the name of waste processing. We want the KCDC Kudlu unit to be shut and we will not settle for anything less, it’s high time GoK stops applying lipstick on a pig and looks at different methods for waste processing.

Sheetal Bhandari, Resident of Sobha Daffodil Apartment, says that the plant should be closed down if it is not managed in a proper manner.

The stench starts at around 2 am and continues till 8 am, which I believe is due to the wind direction. The stench is comparatively better than it was two years ago when we staged our first protest.

I haven’t faced any health issue so far, but as a parent I find it extremely difficult to see my son suffer because of the smell. He finds it hard to have food because of the stench, often vomits.

My demand is not that the waste processing plant should be closed, but it should be managed properly. The city’s waste has to go somewhere so having a waste processing plant does make sense. But if they cannot control the odour and manage it efficiently, then they better close it down. We have waited for two-three years hoping that the issue will be fixed, but it never did.

Metro officials refute the allegations of threatening the residents. Residents request Managing Director of BMRCL to stop the harassment, through a letter.

Petitioners in a litigation to stop tree-cutting accompanying Bangalore’s road-widening project have taken to the Internet to mobilise citizen support.

From Bellandur lake rejuvenation to BMTC’s online passes, news about the city from last week that matters to you—all in one place.