In a world of excess, how do you teach your kids to stay grounded?

“Our last two vacations were in foreign countries, one intentional and one by chance. This year, when the vacation during summer was Coorg, our son asked us if we were going ‘abroad’ later.”

Entrepreneur Supriya Kalbag laughs, but adds that the innocent query gave her a jolt. Was she raising a child who expected holidays to come with a foreign ticket and was taking for granted the hard work and effort that went into the comfortable life he had?

Supriya decided to have a chat with her then-eight-year-old. “I told him how hard I and his dad worked, and about the education we had acquired before that. I’m glad I did that because I realised he was developing an expectation for certain things, without really realising their value or importance.”

Does she think her son was able to process it all in? Perhaps not all of it, says Supriya, “but I’m glad he made that comment and I started to talk to him about things.” 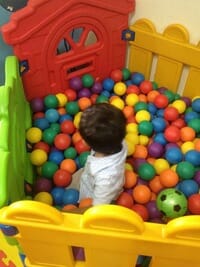 We live in a world of abundance with access to the things, many of which did not exist in our parents’ generation. Even when they did, it was often handled with something akin to reverence, whether it was the Maruti car or computer. Homemaker Purva Dubey remembers how her ‘US-returned’ uncle had got a computer for the family. “It was kept in a room inaccessible for us kids and covered by a nicely embroidered cloth. Getting access to it was an once-in-a-lifetime occasion!”

Purva says her seven-year-old son knows how to open her laptop and access games, something that was unimaginable in her time. She also thinks her son needs to understand the value of the laptop as well as other things. “It’s the little things that help children stay down to earth. For example, I ensure he travels with me in everything from bus to autos to metro across the city and not just the car, does basic helping around the house (watering the plants, arranging his bookshelf) and thanks the house help.”

Keeping her children, especially her six-year-old son grounded is something that design researcher Dipika grapples with as well. For example, she makes a conscious effort not to go shopping with her son or visit malls.

Despite that, she feels the influence of peers can be very strong. “My main aim is that he learns the value of things,” says Dipika, pointing out the excess around our kids. “Take the return gifts they get at birthday parties. It is so eagerly awaited, yet they lose interest in it in two minutes.” Like all moms, Dipika frequently wonders if she’s doing the right thing. For instance, she doesn’t buy her son things randomly. “He knows I won’t give in. He needs to put it in a list and I’ll buy him all those things in the next occasion that comes along.” She also indulges him, allowing him to make certain choices, like ordering his favourite food on a Friday if he’s been good. With her son growing up, Dipika feels that talking to children and reinforcing your message works better.

Like Dipika, homemaker Sonali Varma Khullar laid down the boundaries fairly early for her son and daughter, now 19 and 17. Sonali offered pocket money to her kids in Class 6 but ensured that she reminded them of its value. “If they wanted something, they had to put in part of their pocket money and we would put in the rest, even if we could afford it very well.” It has taught them the value of money, feels Sonali whose moment of pride came when her son insisted on putting in the money he had saved for a phone he wanted to buy, despite his dad offering to buy it for him.

Sonali thinks what has kept her children grounded so far is the projection that they have to ‘earn it’ instead of things being handed to them easily. “Yes, there’s peer pressure,” she admits, adding that boundaries and rules have to be reinforced. Like other moms, Sonali too feels that it helps to have a conversation with the kids, instead of just saying no to something. “The more open you are in talking to them about everything, the more accepting they are.”

Purva says you also need to lead by example. “You can’t expect them to respect the househelp, if they see you talking to them roughly. If you must do it, it has to be out of the kids’ earshot.”

We are sure the same principle applies to other relationships, actions and things as well. Subject for a double doctorate, this one!

Will a password between you and your kid ensure safety?

“You probably don’t know this secret, but your mother changed the password just last evening. Do you want to know what it is? It’s Gobi Manchurian!” Won’t some kids fall for this? How tough is it to convince a child?

Action against Vibgyor on cards, arrested to be booked under Goonda Act

The case got a new twist when Bengaluru Police Commissioner Raghavendra Auradkar was transferred. Vibgyor parents wanted the vandalism on the school premises to stop. The government promised to reopen the school soon.

Gadgets for kids: Yes or no?