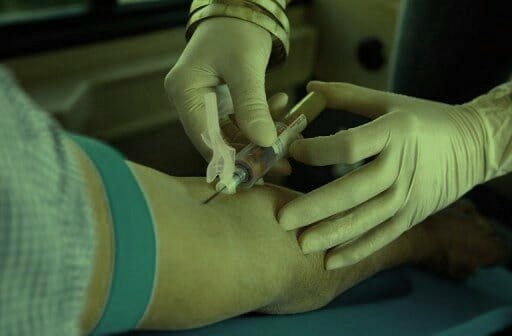 Onus of ensuring accuracy in test reports is on laboratories. File pic.

When 31-year-old Shweta, who is expecting her first child in the month of June 2015, went on a routine visit to her doctor, she was asked to undergo the usual tests recommended during pregnancy.

When the hemoglobin count in the Complete Blood Count (CBC) test turned out to be lower than normal, the doctor advised her to take the three other tests — B12 test, Ferritin test and hemoglobin electrophoresis test, in order to be able to pinpoint the exact cause for the low hemoglobin count.

As suggested by her doctor, Shweta got the all the tests done at a reputed maternity hospital on Old Airport Road near Total Mall in Bengaluru. When the results of all the three tests were deemed normal in the reports from the laboratory of the hospital, the couple, knowing how vital this was for the future of their child, decided to double-check.

What is Thalassemia trait?

Thalassemia is a genetically inherited blood disorder where the gene that controls production of hemoglobin – the protein in the red blood cells which carries oxygen from lungs to all other organs – has a defect. This can lead to anemia. In severe cases, it can cause bone deformities in face, yellow skin (jaundice), growth failure and even early death.

Thalassemia Trait, or Thalassemia minor as it is medically termed, is not the disease however. It is rather a genetic trait which can be passed on to future generations, and has the potential to cause the disease, Thalassemia major, in the offspring.

They gave their blood sample to another laboratory to verify. In the report they received five days after the report from the first hospital, Shweta was tested positive for Thalassemia trait.

While Shweta’s test result from the hospital reported her Hemoglobin A2 fraction, which hints about Thalassemia trait, as 0.2%, the subsequent test at the other laboratory reported that Hemoglobin A2 as 4.7%, which is over the 3.5% threshold. While the first test at the hospital indicated normalcy, the second report indicated that she has Thalassemia trait.

“I was shocked. We decided on taking the right treatment because we verified the test reports at another lab. Had we believed in the hospital’s report, we would not have taken the required measures at all,” he says.

If the father too has Thalassemia trait, the probability of the offspring developing Thalassemia could be as high as 25%. On learning this, Shweta’s husband, Rajesh, gave his blood sample for test as well, which was found to be negative.

No responsibility taken by the hospital

On referring to old medical test reports, the couple realised she was reported to have Thalassemia trait in another test that had been done five years ago. When Rajesh, convinced that the hospital had misguided them with an incorrect report, approached the customer care department of the hospital, he was asked to mail the reports and was assured that action will be taken. After he e-mailed about the issue to the Managing Director of the hospital, the MD wrote to the CEO of the hospital, asking him to investigate the matter, says Rajesh.

Finally, Rajesh says he received a mail from the CEO of the hospital, in which the CEO contended that there was no mistake on the part of the hospital and that it is possible to get wrong reports in medical science. There was no answer given to Rajesh’s query on the huge difference of values in two reports.

“I do accept that the percentage of abnormal/normal Hb will differ in different tests, but how on earth can an error of 2350% be accounted for?” asks Rajesh.

Results of a test need to be put in context of the given medical condition. For example, a shoulder MRI may show several findings that may be irrelevant if the patient does not have any complaints. Similarly, all over the world, test results are simply numbers. Sometimes, it may be prudent to have the test repeated if the result is not consistent with the clinical findings. Of course, in the Indian setting, this directly increases the cost of care and the burden falls on the patient. In my practice, I always ask the patient to bring the images and the raw data. I tend to repeat tests at our institution if there is going to be a major change in management based on the findings.
– Dr Govind Nandakumar, Assistant Attending Surgeon at NewYork-Presbyterian Hospital.

Error due to inherent shortcomings of the test

Citizen Matters asked the hospital whether the hospital has investigated what went wrong, and if yes, what was the cause of error and what corrective measures, if any, have been taken to ensure such errors do not repeat.

This was what the hospital’s CEO replied: “We have conducted a thorough investigation and there is nothing that has gone wrong which needs to be corrected. This happens due to inherent shortcomings of these tests.”;

Onus of wrong reports is on lab

Jayaram says that as per ISO accreditation standards (ISO 15189:2012) the laboratory is responsible for its reports. When there is a query, complaint or a nonconformity, the laboratory management should conduct a detailed analysis to identify the root cause of error and bring in the necessary corrective actions.

“In case the error was identified based on customer complaint, the complainant should be informed about the outcome of the investigation. Though the ISO standard applies to the laboratories that go for accreditation, the contents reflect general requirements for any medical diagnostic laboratory,” he adds.

What precautions can a patient take?

Unfortunately, there are no concrete precautions a patient can take to avoid being misguided by an incorrect laboratory report. Only if the patient has some medical knowledge on which symptoms correlate to which deficiencies or abnormalities, he or she can be in a position to doubt the accuracy of a report and go in for a second test to verify, says Dr. Ranju, a doctor practising in Columbia Asia hospital, Whitefield.

Keep in mind the following while getting lab reports done:

According to N B Vishwanath, a High Court lawyer, the patient can, under the circumstances, write to the Directorate of Health and Family Welfare, and the relevant authorities there will investigate the matter and take actions as they see fit.

“Any registered practitioner who is shown to have signed or given under his name and authority any such certificate, notification, report or document of a similar character which is untrue, misleading or improper, is liable to have his name deleted from the Register.”

Also, compensation can be demanded by writing to Karnataka State Consumer Dispute Commission, complaining about deficiency in service under Consumer Protection Act.

However, getting either of the medical councils or Karnataka State Consumer Dispute Commission to act is a tedious procedure. It is highly likely that the hospital will escape from any legal action,” says Dr. Rajni, the District Health officer of Bangalore Urban district.

Here’s how you can manage Swine flu in Bengaluru
Chikungunya and dengue: prevention and treatment

‘Flouting of norms by builders poses fire hazards for buildings’

The Beyond Carlton Memorial Lecture ‘ Our cities on Fire’ was held during the anniversary of Carlton Towers fire, after nine years of the tragedy. A campaign to assess fire risk assessments for apartments was launched. A food delivery boy who saved 10 people at a hospital fire in Mumbai was felicitated.

Poor in Bengaluru trapped in the vicious circle of money-lending are unable to get bank loans. Structurally the poor are designed to be left out of the banking system, as banks cannot determine either their ability or intent to repay loans.

Why are the majority of footpaths in Bengaluru unusable? A major reason is that these are built as per the discretion of the local engineer and contractor, without adhering to any specific standards.