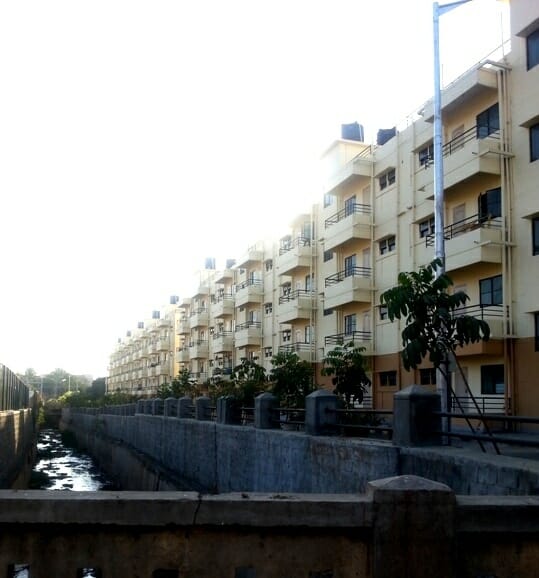 Namma Bengaluru, with its burgeoning population, is witnessing a sea change in the kind of housing that is available for its citizens. Even in as recently as 2005, those looking to invest or set up base in Bangalore, preferred to buy a site and build their house from scratch. The reality now is different. While people will probably always prefer to own an independent house, the lack of space has made it necessary for them to look upwards.

The Bangalore Development Authority (BDA) in 2012, in line with the real estate trend, and declared that ‘vertical’ was the way forward. With this announcement, it began the construction of 30000 affordable housing units, making the flats available for the taking by the public.

How many projects have been commissioned until 2014?

The BDA has so far constructed or undertaken the construction of about 6000 units in places across the city, including Valagerahalli, Gunjur, Thippasandra, Nandini Layout, Halagevaderahalli, Malagala, Doddabanahalli, Alur and Kothanur. 650 flats in Nandini layout (EWS quarters) have already been occupied.

In some locations such as Valagerahalli Phase 3, Gidadakonenahalli and Sonnenahalli, projects have been put on hold due to litigations. Once they get clearance from the court, work on these projects will proceed. So far, no project has been cancelled, even as the BDA is pursuing the court cases.

In the 4th notification dated February 28th 2014, the BDA once again called for applications for 4228 flats in the following locations:

How many flats have been allotted so far?

As of March 2014, four notifications have been made, calling for citizens of Bangalore to send in their application if they are interested in purchasing a BDA flat. Of these, the BDA has allotted close to 3850 flats so far. The state budget presented in February 2014, promised that 8000 flats would be built by BDA this year.

How much do the flats cost?

The BDA has signed a Memorandum of Understanding with the following banks in case applicants wish to apply for a loan to pay for the flats.

People can apply for a regular home loan with any of these banks; 75-80% of the loan will be covered by the banks, while the rest needs to be invested by the buyer.

What are the eligibility criteria?

What is the allotment procedure?

The housing units are allotted as per BDA Allotment Rules, which can be viewed on http://www.bdabangalore.org/allotmentgeneral.html.

During the first allotment, flats were allotted on a first-come-first-serve basis. For the second allotment, applicants were chosen by means of a lucky draw.

In the 4th notification, the BDA has announced that flat numbers will be allotted on a lottery basis.

Are there reservations in flat allotment?

Yes. 50% of the flats are meant for citizens who come under the General category, while the remaining 50% are for reserved categories. As per the BDA notification dated February 29th 2013, the reservation in Allotment (as per BDA Allotment of Site Rules 1984 Sub-Rule (11)) is as follows:

Once the allotment is made, allottees are required to make the payment as follows:

Only after the payment of the entire value of the flat and verification of the documents submitted, will the ownership deed be handed over.

What is the quality compared to private flats?

Initially, many citizens had reservations about the quality of the flats, as they were being sold for almost half of what a private builder would quote. However, by late 2013, that perception changed. Citizens are now of the opinion that the flats are apt for middle class citizens, in terms of affordability — a similar sized flat constructed by a private builder, would cost almost double when compared to the rates set by the BDA.

Mr Gowdaiah N G, BDA Engineer Officer, says that there has been no compromise in the quality of materials used, considering that the entire scheme was bound to be scrutinised with a keen eye. While different builders have been chosen for different locations, all the material that is being used for construction, needed to meet the Indian Standard specifications and samples of the same should have been vetted by the BDA.

What are the conditions of BDA on resale?

While the BDA certainly hopes that allottees retain the flats and do not put it up for sale, as of now no conditions have been imposed with respect to the resale of flats. Once allottees are in possession of the absolute Sale Deed for the flats, they can choose to sell the flats if they wish to. Even for those who have been allotted a flat under the EWS category at a subsidised rate, no restrictions/conditions have been imposed.

What are the conditions of BDA regarding renting out flats?

As with the case of resale, the BDA says that allottees could choose to rent out the apartments once they are in possession of the Sale Deed.

Can allottees apply for an exchange of flats?

The BDA stated after first allotment that in case people wished to exchange the flats, a mutual exchange was possible, so long as the flats belonged to the same category; both parties would need to make a joint application.

In case allottees are dissatisfied with the flat they have been allotted or have not been assigned one as per their preferred location, they can choose to surrender the flat and the money paid so far will be refunded. Following this, the individuals can apply once again and seniority will be given to them at the time of the next flat allotment.

Who will register the owners association for the flats?

The flat owners will need to form their own owners association for maintenance of the flats – the BDA has listed this as one of the conditions at the time of allotting the flats. The BDA will facilitate the forming of the association.

The Karnataka Apartment Owners Association Act of 1972 will be applicable to the owners association.

Who will run the amenities and maintain the apartments? Who will collect the maintenance fees?

There is a defect liability period of two years for the flats and the common built up area. Defects, if any, will be rectified by the builder for up to two years. The apartment owners association is expected to handle the maintenance of the flats.

List of allottees from 2nd and 3rd notification: http://www.bdabangalore.org/quicklinks.html

Registration and Application forms for the BDA Flats are available at the following banks (list as of February 28th 2014).

Disclaimer: The information in this article is presented for educating citizens on BDA’s flat offerings and procedures of allottment in general. Please note that BDA may revise costs, eligibility criteria, participating bank branches, etc., with each new offering of flats.

This article has been prepared as per the 4th notification dated February 28th 2014. The information in this article is subject to change as per further notifications made by the BDA with respect to the allotment of flats.

As apartments struggle for water again this summer, a community in east Bengaluru shows how to solve the crisis while saving lakhs of rupees annually

Bengaluru’s traffic cops are too few to manage its roads, here’s why

Bengaluru has only 4,638 traffic cops for its vehicle population of over 80 lakhs. This means not just poor traffic management, but also difficult working conditions for the constables manning our roads

What to do if your child is sexually abused

Much has been spoken in the last month about Child Sexual Abuse (CSA) following some incidents in several schools. What can you do to safeguard your child from it?