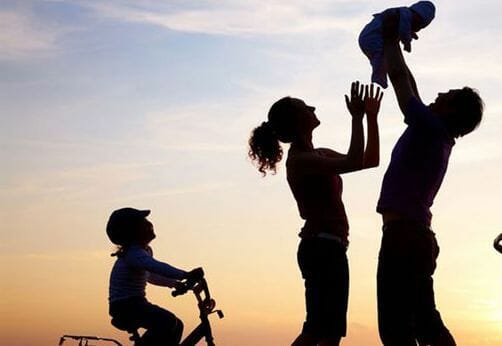 “We were nervous when we were to meet the judge for the first time since we weren’t sure what to expect. He welcomed us into his chambers and the first thing he said was, ‘I wanted to thank you for taking the bold step of adopting a child. I am sure you will give this child a better life than he would have got otherwise.’ We always felt that we were also getting a better life and explained that to the judge and he smiled. As much as we needed him, I think the little guy also needed parents, so it has worked out well for both of us.”

This is the story of Mahendra and Pavana (name changed), a couple living in Bannerghatta Road, Bengaluru. Once a couple decides to adopt a child, it brings in a lot of change emotionally and in the lifestyle.

Every year, a few orphaned, abandoned or surrendered children end up in orphanages that facilitate adoption, and can be adopted by following the procedures put in place by the Government of India.

A new addition to the family in the form of adoption is a big deal. Once the decision is made, mood swings between excitement and apprehension is normal. Seek suggestions from friends and family before deciding to adopt, as they form your support system later. It is important for the child to be accepted by everyone in the family; hence it is good to convince everyone to accept the idea of adoption, though it is you who will be taking care of the child.

When can one not adopt a child? What are the basic conditions?

How to begin the adoption process?

If you want to adopt a child in Bengaluru, this is where you have to go:

Guidelines are laid down on the eligibility for adoption, the bottom line is simple. An individual who is financially and medically fit, with a strong family support system, can adopt a child. Information on who can adopt and the procedure for adoption is laid down fairly clearly in the guidelines of the Central Adoption Resource Authority (CARA). The Dos and Don’ts are also listed.

Once the decision has been made by the family, the first step would be to find an adoption agency to work with, preferably nearest to their place of residence. The Prospective Adoptive Parents (PAPs) also need to register—this is to ensure that PAPs are seeking adoption only through one agency.

What are the required documents?

Listed below are the documents that are typically required:

What is the process after the application and supporting documents are submitted?

Once a child is adopted all legal processes that follow are the same as with a biological child for all issues such as religion of the child, inheritance laws etc. In case of divorce, the judge will decide who gets custody of the adopted child, or how it should be taken care of.

Recent reports suggest that there is only one child for six adoptive parents in waiting in Karnataka. With the decreasing number of kids adopted across the country, Woman and Child Development Minister Maneka Gandhi has announced recently that norms for adoption would be eased and that she would write to all Judges and Child Welfare Committees to minimise the delay in the process. It remains to be seen whether the agonising waiting period will be reduced by the NDA government at the Centre.

(With inputs from Arvind Seshadri)

Adopting a child
Adoption, not the last option anymore
Recognized Placement Agencies in Bangalore for Adoption of Children

Although the CSR activities of Infosys and AOL might vary in terms of the magnitude of initiatives and the amount of funds raised, there are few common threads that connect all the perspectives of CSR with each other; the dedication to serve society being the most important of them.

Can only death wakes up this administration?

A young boy fell and lost his life, while playing on the terrace. He was there because there was nowhere else to play. What are we doing to our children?

Why is a mayor’s post important? What are the functions of the mayor? What does a deputy mayor do?