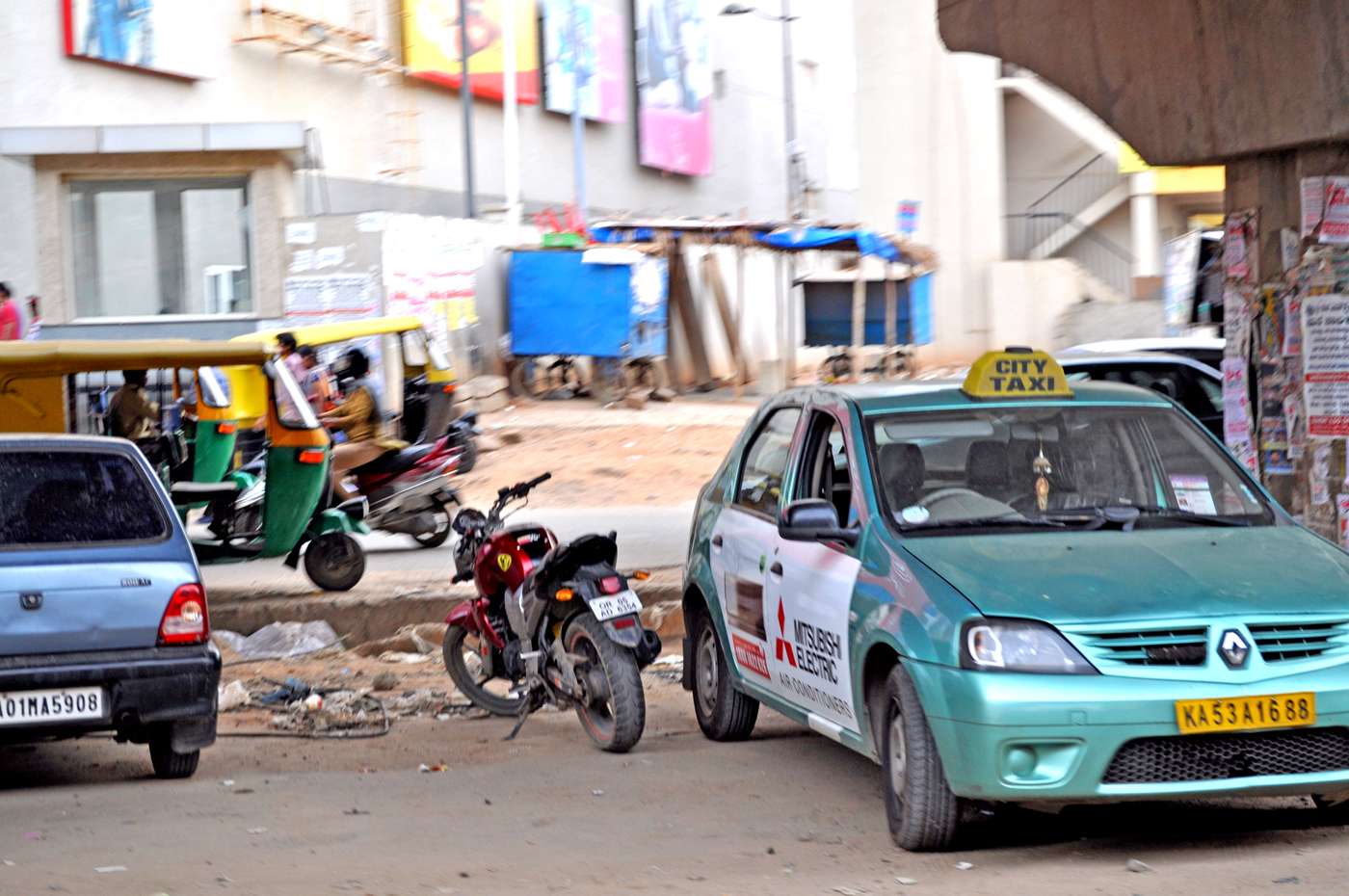 Ever since the app-based cab aggregators – Ola, Uber, TaxiForSure entered the Indian market, a lot of stories have been told over the lucrative offers they give to the cab drivers and how the lives of cab drivers have changed. We have even come across the cases of highly educated and handsomely paid executives quitting their jobs in Bengaluru, to take up driving as a profession.

The profession of cab drivers affiliated to app-based aggregators has been seen as a road to prosperity. There have been accounts of drivers earning even upto Rs 80,000 a month, which is equal to what a software professional could earn, and how it has lead to socio-economic transformation in the city. Does the scenario still remain the same or has the bubble burst? Citizen Matters spoke to a few cab drivers attached to Ola and Uber to get a sense of what is happening.

Most of the drivers we spoke to, attached their taxi to the cab aggregators with a hope that it would help them make some good money. And they did make money, but things have changed gradually.

When the earning triples

Take the case of Mahesh, an Ola driver based in the city. He used to work as a driver in a factory vehicle before signing up with Ola three years back. “I was paid a monthly salary of Rs 10,000 in my previous job and I didn’t own a vehicle then. I got to know about Ola through my friends and found their (Ola) incentive offer quite lucrative, hence purchased a car and got it registered with them,” he says.

He bought a Tata Indica for Rs 4.5 lakh of which Rs 1 lakh was the downpayment and the rest was paid through loan. The monthly loan repayment amount comes upto Rs 8,500 which he has to clear in a span of five years.

However, for Mahesh and many other drivers like him, the earning has fallen drastically in the last few months. “Initially I used to earn a net profit of Rs 40,000 to 50,000 a month, but now it has gone down to Rs 30,000” he says.

The reason? “Change in the incentive pattern, commission cuts, traffic snarls and increase in number of cabs attached to app based services,” says Sridhar, an Ola driver. He recalls the time when he used to earn more than Rs 60,000 a month, which is not the same anymore.

“Two-three years ago it was possible to complete 14 rides a day easily, but not now. If I am driving a customer from Jayanagar to Whitefield during peak hours, then my three working hours are spent on just one trip,” Sridhar says. One may still complete 14 rides a day, by being on the road for 17-18 hours, which, he feels, will at the end of the day take a toll on the driver’s health.

Another reason for low earning is the aggregators charging commission. “Initially the companies were not deducting commission from our earning. Gradually they introduced the commission system and then hiked it to 20 per cent,” Sridhar says.

So how does this incentive system work? And how much profit can a driver make? Take the case of Ola. Just till a fortnight ago, the company used to offer an incentive of approximately Rs 3,000 for eight rides and Rs 4,200 for 11 rides. If a driver starts his service at 7 am and closes it by 9 pm, he can on an average make 8 rides on a given day. Therefore he is eligible for an incentive of Rs 3,000. When the company pays the incentive to the driver, it deducts the amount of cash that the driver has collected from customers on a particular day. From the remaining incentive amount to be paid, the company deducts 25 per cent as commission and TDS. After the deductions what the driver gets in hand is Rs 2,250, of which Rs 700-800 is spent on fuel. So that day’s gain is 1.5k. If a driver works for 25 days a month, he would earn Rs 37,500.

But then this is not the full profit. There are other maintenance factors involved in owning a car that plies on an average 100-150 km a day. Regular servicing, tyre change, insurance, spending on mobile data packs etc are added to the expenditure. Thus, the take home amount is around Rs 30,000. What the drivers don’t calculate is the depreciation of the car. Value of the car tends to dip with every passing year.

Ola has recently changed its incentive pattern from trip-based model to collection-based model. That is, there is no more payment of Rs 3,000 to the drivers for completing eight trips, but it pays an incentive of Rs 2,460 if the driver has collected a cash of Rs 1,500 from his/her passengers from any number of trips. However, Uber continues to follow the trip-based incentive system.

Despite business going downhill, the drivers are still content for multiple reasons. Kumar, a Uber driver puts it this way: “I used to work under someone before. But now I am my own boss. I don’t have to wait for hours for the customers to arrive, there is no one to dictate terms.” He works for Uber for only 3-4 days a week. On the working days he makes sure that he is on the road for maximum hours, even up till midnight. Rest of the days he will either relax or at times accepts outstation trips for his regular customers.

Kumar has admitted his two children to CBSE schools and he pays their annual fee which comes up to Rs 70,000. “I am quite happy with whatever I earn,” he maintains.

The drivers are well aware that the rosy picture may not last long, but they are ready to face the issues that come on their way. Santhosh, an Ola driver says, “I am never dependent on them (aggregators). Right now the situation is fairly good, but I am prepared for the worse too.”

BTM park split up for road

Podcast: Why we need to plant more native tree species in Bengaluru

Bengaluru has lost much of its natural vegetation to urbanisation. Majority of trees that do remain, cannot protect the city from heat island effects or climate change.

Bannerghata zoo has work to do

If your visit to Bannerghatta Biological Park turns out worthwhile, it’s because of its decent, tourist-friendly infrastructure. However, when it comes to wildlife care, the Park is yet to plug certain loopholes.