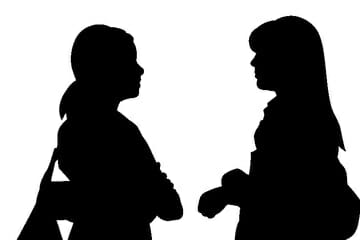 With the recent examples of harassment charges against journalist Tarun Tejpal and supreme court retired judge A K Ganguly, the issue that most companies choose to ignore has come to the fore. Even in Namma Bengaluru, there are hundreds of such cases that go unreported for various reasons.

These are high profile personalities – but what about the millions of others working in various offices across cities, towns and villages in India? Are they aware of their rights? What constitutes sexual harassment at the workplace? Are they aware that there are clear work and personal boundaries? How can a woman subjected to sexual harassment and discrimination seek action at her workplace itself?

Women have the right to carry on any trade and occupation in a dignified and respectable manner anywhere in India, according to Article 15 and 21 of the Indian Constitution.

SC comes up with Vishakha guidelines

But it was in 1997 that that ‘Vishaka Guidelines’ were formulated under the Chief Justice Verma, when a critical case of Bhanwari Devi, a gang-raped social worker, reached the Supreme Court.

In September 2013 the Central Government introduced a gender-neutral sexual harassment provision in the Indian Penal Code and codified the Vishaka guidelines into a women-centric law that goes an extra mile in safeguarding women. The act is called the Sexual Harassment of Women At Workplace (Prevention, Prohibition and Redressal) Act 2013.

The Act and Section 354A (by the Criminal law Amendment act 2013) of IPC defines Sexual Harassment as any physical contact and advances involving unwelcome and explicit sexual overtures; or a demand or request for sexual favors; or making sexually colored remarks; or forcibly showing pornography; or any other unwelcome physical, verbal or nonverbal conduct of sexual nature.

In addition to this, the act also makes provisions for punishment in the following circumstances:

These were the part of Vishakha Guidelines too. The 2013 act only codifies these guidelines and defines ‘employer’, ‘employee’ and ‘workplace’. Employers include any government or private undertaking and unorganized sectors; the act also provides relief to domestic workers.

Mechanism under the act

Every employer must form an Internal Complaints committee with a woman among the senior-level employees as Presiding Officer. The Presiding Officer can be removed from her position when she contravenes with the provisions of this act.

An informal chat with a few men and women working in the private sector threw up the following observations:

We are proud to present the Kannada version of our acclaimed English guidebook, Living in Bengaluru. Well known Bangaloreans Prakash Belawadi and Nagesh Hegde have praised the book.

Bangaloreans to rally against corruption at MG Road

After Saaku, Bangaloreans are rallying once again against corruption on Sunday, Jan 30th, at MG Road. Time: 10.30am. This time Bengaluru joins a national campaign in over a dozen cities.

Public-private partnership does not allow land transfer to developers, but the BBMP has promised a sale in the MoU signed, and the developer is banking on it. Where will this lead to?