Rajesh (name changed), one of the founder members of NGEF Housing Society, was in for a shock when he realised that he himself was not going to get a site in NGEF Layout, Mallathahalli. Rajesh had paid for a 40X60 site, but when he tried to get a khata, he was told that the site did not exist in the approved plan. It was instead part of the original land owner’s share. It was after a long legal battle that he was finally allotted a site.

Many buyers are often not as lucky. Many have lost their money to House Building Co-operative Societies (HBCS) in the city. HBC Societies were originally meant to help people to get housing, without having to depend on government agencies like BDA. The idea was that government will give land to HBCS at concessional rates, and the HBCS will, in turn, allot sites at low cost to its members. But over time, HBC Societies have become as corrupt as any other housing segment. 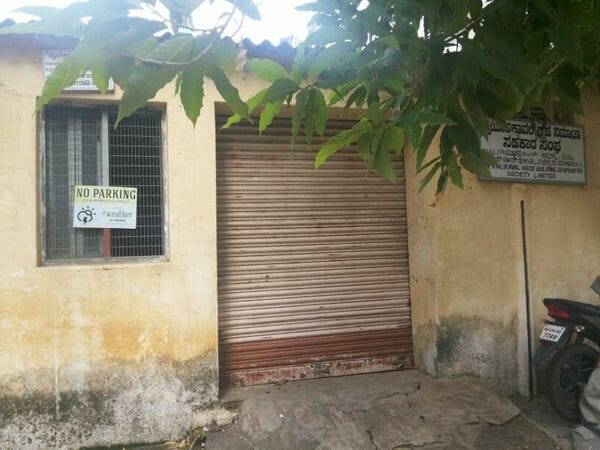 HBCS have to apply to the state government for land. Government acquires land from farmers at guidance value rates (nominal land rates fixed by the government), and transfers it to the society at the same rate. Society only has to pay small amounts as additional charges.

Earlier, HBC Societies could get land only from the government, and not directly from farmers. Now, farmers can directly sell land to such societies. But farmers themselves have to get the land converted first. They should apply to the DC for land conversion, saying the land is unfit for cultivation. The DC will allow conversion based on a land inspection report submitted by the Tahsildar. After this, farmers can directly sell their land to HBCS.

After getting land, society has to get the layout plan approved by BBMP or BDA – whichever is the local authority for the area. As land is usually unavailable within BBMP limits now, most layouts come under BDA limits. After plan approval, society will get sites developed (roads, drains, civic amenities etc), using the development charges collected from members.

Who can get sites from HBCS?

Sites are allotted on first-come-first-serve basis. Bye-laws say that only the members who own shares in the society are eligible to get apartments. Bye-laws also mention the conditions for someone to be a member.

If a person owns a site/house in his own name within the jurisdiction of the local authority under which the Society exists, he cannot be a member. In the case of Employee HBCS (meant for employees of specific organisations), only those who have been employees of the company for at least five years, can become members. Members make up the general body that holds annual general body meetings and makes all decisions. The general body also elects office bearers of the society.

Societies can register associate members also – such members cannot attend general body meetings or become office bearers. They may be put in waiting lists initially, and can get a site only after they become a member. Nominal membership is given to those who have financial transactions or contracts with the society; this membership is terminated once the transaction/contract is over.

In many cases, the management committee sidelines original members and give sites to those who are not even eligible. In many Employees’ HBC Societies in the city, sites are given to non-employees even though they were originally meant for employees of the organisation. Non-employees register as associate members. Often there is no transparency on the management’s actions either.

“There are some 10,000 sites in Telecom Employees’ Layout in Devanahalli. Sites were sold to society members for Rs 750 per sq ft, and to non-employees for Rs 1500 per sq ft. In this case, the management made money by selling sites to ineligible people at higher rates,” says K Prathapan, a Bangalore-based lawyer. He says that, of the 4-5 completed layouts owned by Telecom Employees’ Society in the city, only about 10% of the sites have been given to Telecom employees themselves.

Managements sometimes engage agents who sell membership applications in the open market, to those who are not connected to the society at all. Such buyers often make payments in cash. Those who are actually eligible end up being in waiting lists.

Prathapan says that there are also cases where the management will buy extra land without informing members, but using their money. “For example, the management will buy 250 acres, but mention only 200 acres on paper. But they will collect enough money from members to buy and develop the entire 250 acres. The developed extra 50 acres will be sold to others at a higher price,” says Prathapan.

There are also those who get sites from societies even though they already own a site. Former Lokayukta Shivaraj Patil had to resign when it was exposed that he owned two HBCS sites – one in his nameand the other in his wife’s name – even though he already owned a house in the city.

Another issue is that HBCS get developers to get Power Of Attorney for farmers’ land and to get the land converted. Developer will develop the sites and sell them to the society. Developers may set the site prices very high, in collusion with society management. The management gets a cut from developers, and the members are forced to pay very high rates. This defeats the whole purpose of housing societies, which are supposed to make housing affordable.

Such violations by housing societies were pointed out as early as 1988 by the government-appointed G V K Rao Committee report. The report had inquired into 98 HBCS in Bangalore. The report had said that many societies did not have genuine members, benefited only associate members, and colluded with middlemen. Even after knowing that many middlemen were not capable of buying land for the society, societies would collect money from members and give it to middlemen without any security. Most societies had never held general body meetings. The situation remains more or less the same now.

Some tips for buyers:

For long now, residential complexes are managing their own water sources, despite BWSSB’s promise to supply water. The second and final article in the series takes the lid of a festering issue between tanker water suppliers and apartment managements: pricing.

Residents’ decision to level a portion of a playground resulted in BDA, BBMP and Police landing up at the mammoth residential complex L&T South City off Bannerghatta Road.