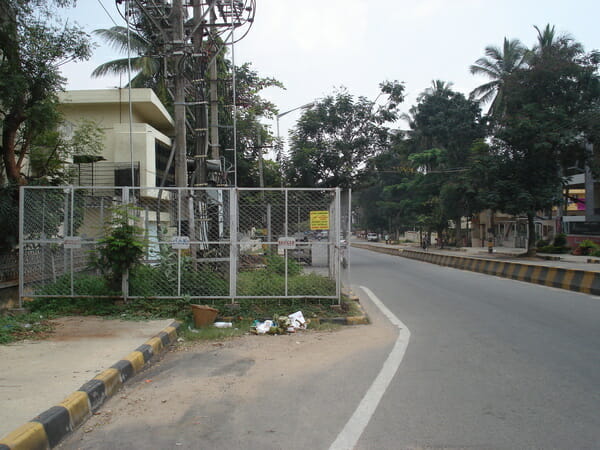 A report by the Economic Times says that BESCOM will be incurring a loss of Rs. 850 crore, due to the exit of the ‘big-ticket’ customers like Wipro, SAP Labs, Manyata Tech Park, Sasken and others from their client list. This has been used as justification for rising tariffs on electricity by him.

I have written to Pankaj Kumar Pandey stating my objections and thoughts on the process. Here’s the summary of what I wrote.

If the big-ticket corporations have stopped buying electricity from BESCOM, it is because they have managed to find an alternative source at comparatively cheaper rates. They are, after all, businesses and not charity organisations.

Moreover the Karnataka state is not generating power in surplus. We have been buying power from the sources in the public and private sectors at high costs. Rumours say that one such source in the Mangalore-Udupi belt had tried to toe in their own terms and conditions for buying their thermal-power, by allegedly blackmailing the former BESCOM MD, IAS officer P Manivannan.

When this is the situation, there is no need for BESCOM to buy power at exorbitant rates and sell it to the corporates with a profit-margin, with the excuse of cross-subsidising other customers.

Kudankulam nuclear plant has been producing power that is to be shared among all the Southern states. Why have the Karnataka Power Agencies and Government failed, as of yet, to stake their claims for enhanced quota?

Why has the Government of Karnataka not shown much enthusiasm in expanding the existing nuclear plants in the state? If doing so will invoke public criticism, is it not the duty of the Government to alleviate people’s fears or find solutions? This was successfully done by the Tamil Nadu Government and Central Government.

The potential for hydel power generation in the state is limited and already exhausted. Why has the government failed to tap thermal power, either on their own or with the help of the premier organisation, NTPC?

Why not explore wind and solar options?

The city of Bengaluru and the Mangalore-belt are surrounded by hills – small and big. Anyone can imagine how much energy can be tapped from the wind sweeping these hills. If there are no funds to do this, the government should map and mark the area into different sectors and auction them to private firms. The sole purpose should be to  generate wind energy, and there should be a commitment to buy power from them at the market-rates.

The rooftops of HMT, HAL, BEML, BHEL, ITI, and a number of other public and private industries the city can boast of, serve as ideal locations to place solar panels. It must be made mandatory for these organisations to put up solar panels for their own electricity consumption. If the power thus generated is more than what the companies can consume, the government can buy the surplus from them at market-rates. Again if there is fund problem, it can be leased out to other interested private firms. The central government must subsidise such projects as they are construed in public interest/welfare.

Economise on the intellectual capital

Only such out-of-the-box thinking and action plan can save the state from the eternal poverty of power. With a long summer setting in, if the BESCOM chief does not act now, the public will not buy his excuses for hiking power tariff, and he, unlike his predecessor Manivannan, will not go down in the annals of BESCOM as a dynamic chief.

The public should not be made a scapegoat for the failures, lapses and inaction on the part of the Karnataka Power Corporation Limited, Karnataka Power Transmission Corporation Limited and the BESCOM. The consumers are already coughing up highest power tariff as compared to the other southern states, if not the whole of India. The NGOs and other consumer organisations would do well to raise a banner of revolt, by strongly resisting any further indiscriminate power-rate hike.

BESCOM to introduce Photo Billing to out an end to errors in billing
Additional Security Deposit for BESCOM: Some questions answered
How to change name in electricity bill

About Raman Muthuswamy 2 Articles
The author has not yet added any personal or biographical info to her or his author profile.

We, Malleswaram Swabhimana Initiative (MSI), a resident’s welfare association, have been short listed for Green Star awards. Finally we are being recognized for the work that MSI has done in the field of waste management.

Did you know about BMTC route 366MA?

Siddharth observes BMTC has introduced some new routes like 500KG, 500DF, 600B, 343K etc and shares the details.