She stands with folded hands near the dam. Ponnaiyar, Thenpennai, Dakshina Pinakini…. these are the names she personifies. 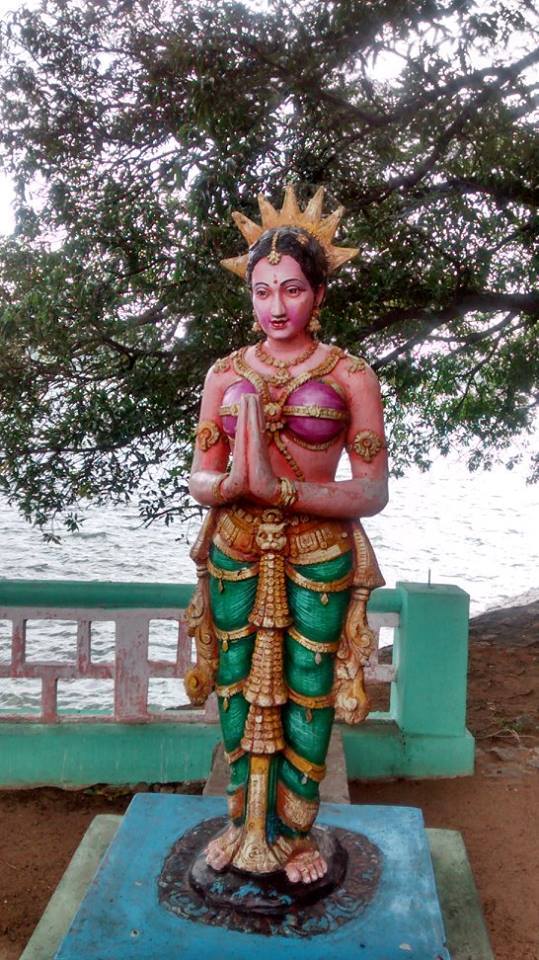 At the ancient Bhoganandeeswara Temple, children listen to their teacher narrating the story of a spring that comes and fills the step-well. Here is where it all begins. In Kannada there is a saying—never ask about the origins of a sage and a river. 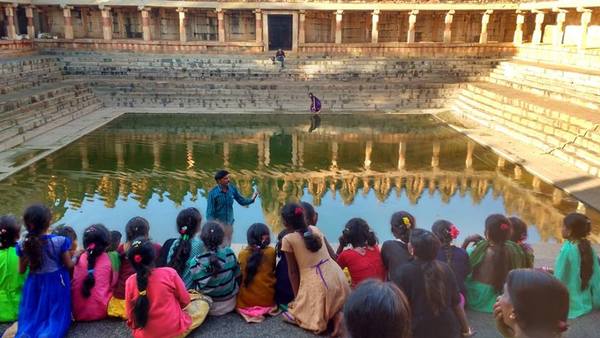 Children listening to the story at the Bhoganandeeshwara temple premises. Pic: Vishwanath

The city of Bengaluru has made it to international news because two of its lakes started to foam and even caught fire. Here is where the foam and the fire ends up for now. In the dam at Kaveripattinam. 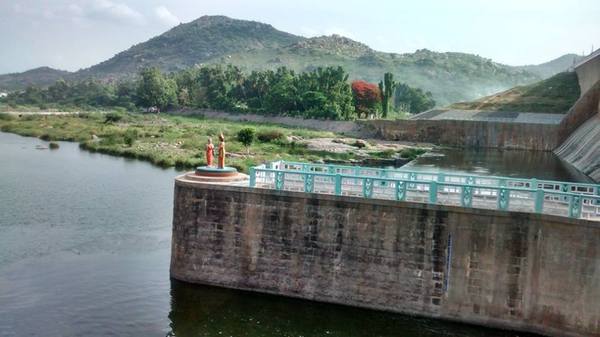 Kaveripattinam dam is constructed on a river formed from the lake chains from Bengaluru. Pic: Vishwanath

Vast areas of agricultural land are irrigated by the waste waters of a metropolis. In nature there is no waste—just a misplaced resource. And for the liquid component, it is the river which is the carrier.

What is a river to you? For, in the end, a river is what you think and feel about it.

Here is a work in progress which can be an example to others, provided the authorities listen. Fisheries and a wetland could enhance the water body as an asset.

One of the clear models emerging for managing tanks is to embed them in new paradigms. The tanks in the pre-industrialisation era were meant only for irrigation purpose. Now that urbanisation has swallowed the rice paddy fields of the command areas, the tanks are no longer relevant.

In the new paradigm of what is called Integrated Urban Water Management, tanks have the following roles:

The Friends of lakes idea

If you connect many lakes in a chain, and if you begin to clean one tank at a time to fill it with treated waste-water, a river will be reborn. This is the assumption being tested out by Friends of Lakes, a group interested in rejuvenating lakes.

The key here is ownership. In the absence of an Institution that can own and be held accountable, citizen groups (like Jalaposhan in the case of Jakkur lake) have to come forward and own the tank as a common pool resource. They then have to persuade all the institutional actors such as the BBMP, the BWSSB, the LDA, the Pollution Control Board to do their legally obligated stuff. This could be a solution to the problem of waste water that haunts our cities.

Off to Malgudi, this gombe habba

Enthusiastic Bangaloreans use the tech city label to liven up their Dasara gombe display. Swami and his friends get a little help from Internet.

A guide for pet parents in quarantine

The pet’s physical and emotional welfare is important in these difficult times. A cooped up dog can exhibit signs of depression and lethargy.

A former Malleswaram resident visits her home neighbourhood after three years and is impressed by the buzz and change with the new malls, old time shops and and heritage mansions, side by side.