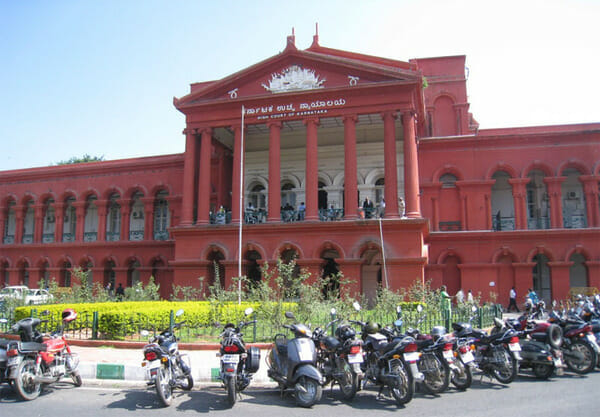 Judge B V Nagarathna pronounced the order after hearing the petition filed by some of the BBMP corporators and citizens seeking timely BBMP election. In the order, the bench directed the government to conduct the election based on the existing delimitation of wards and asked the State Election Commission (SEC) to publish calendar of events for conducting the election soon after the government publishes the reservation list. “If the government fails to prepare the reservation list, the SEC has to proceed with the existing list,” the judge said.

‘BBMP division needs to be done in consultation with Council’

The court also rejected the government’s affidavit on conducting election after the completion of BBMP restructuring process. “Division of the BBMP can not be an excuse to delay the election. Restructuring can not be done at strike of the pen, but it takes a longer time. Restructuring of the BBMP has to be done in consultation with the Council, for which the the Council has to exist,” the Judge stated.

Yet another option placed before the government, of appointing an administrator to govern the BBMP after superseding the Council too was rejected by the Court. Quoting previous Supreme Court judgements, Justice Nagarathna observed that the election can be postponed only in exceptional circumstances and the State government’s reasons to delay the BBMP election do not fall under the category.

The Court also lashed out at the SEC for pleading helplessness on the government’s non-co-operation in the process of reservation and delimitation of wards. The SEC should have completed the preliminary process by now. If the government was not co-operating, then the SEC should have approached the High Court requesting to issue an order, the judge noted.

With this, the State government is left only with an option of approaching a higher bench seeking time to conduct the election.

Why the controversy on elections?

Uncertainty had loomed large over the BBMP election, with the Urban Development Department issuing a show-cause notice to BBMP council on March 18th, seeking explanation on alleged irregularities that took place in the Council in last five years. It was seen as an effort by the State government to supersede the council, even as less than one month is left for the council term to end (term ends on April 22nd).

On March 19th, the State Cabinet took a quick decision to trifurcate BBMP, based on the interim report submitted by the Restructuring Committee headed by former chief secretary B S Patil. The Committee is scheduled to submit its final report by the end of June.

The government had filed an affidavit in the High Court on its decision on trifurcating Palike during the hearing of petitions on BBMP election. Both the moves of the government, ie, issuing show cause notice and decision to divide BBMP based on interim report, were viewed as an attempt by the government to postpone the election.

BJP floor leader N R Ramesh asked as to why didn’t the government wait till the submission of the final report. “The Committee has clearly said that there is a need for division of administration rather than physical bifurcation. The government has overruled the suggestion and has taken a decision ignoring the opinion of the people,” he said. He also accused a senior IAS officer of taking arbitrary decision on BBMP.

Both the BJP and the Congress Councillors raised slogans at each other resulting in adjourning the meeting for sometime. However, both the parties maintained silence over the government issuing show-cause notice to them seeking explanation on irregularities. When Citizen Matters contacted N R Ramesh over his take on showcause notice, he said the party will take a decision based on the legal opinion.

What did Kataria Committee report say?

The show-cause notice dated March 18th, was issued to all the councillors and the Mayor. It has been issued with reference to investigation report submitted by Rajendra Kataria Committee, report by Comptroller and Auditor General, preliminary inquiry report of Upa Lokayukta, orders passed by the High Court on some writ petitions, newspaper reports about functioning of BBMP, report submitted by the CID and report submitted by the Technical Vigilance Committee under Commissioner (TVCC).

The notice reads: “There is no financial discipline in administrating things in the BBMP, consequently there is a series of financial drawbacks and mis-management. The BBMP has utterly failed to streamline the blatant irregularities and has reached the stage that corrective measures are need to be set right.” [sic]

The notice asks as to why the action as contemplated in Section 99 of the KMC Act 1976 should not be initiated against the BBMP (ie, supersede the BBMP). The council was asked to submit its explanation with documents on or before March 30th, but the Council passed a resolution against issuance of show cause notice on March 30th, 2015.

The timings of the show cause notice has casted aspersions on the intention of the State government, as BBMP had always been mired in scams and non-payment issues and the government had not questioned it in last five years. Now that the BBMP Council has a court order in its favour, it remains to be seen what course the politics of election and division will take in coming days.

BJP Councillors to move court if BBMP polls are not conducted on time
Update your details or register yourself on voter list, ahead of BBMP elections
BBMP division to be finalised by June 2015
Govt will use BBMP division as an excuse to delay polls: CAF
Panel invites your suggestions on dividing Bengaluru

Road maintenance: What BBMP does not track

BBMP guidelines specify the processes for road maintenance. But at every step, from measurements to documentation to audits, it is ad hoc work.

Bangalore could change the course of politics in India, says JP

In a candid conversation, Lok Satta party leader Jayaprakash Narayan, as he shares his thoughts on the chances for his candidates in the Karnataka elections, as well as for an overall reform movement in Indian politics.