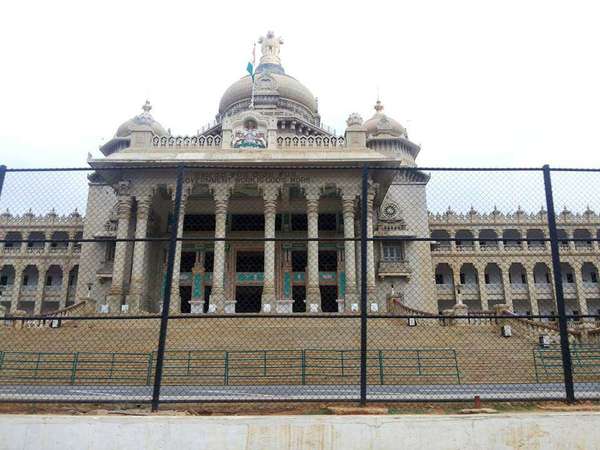 With the High Court on Monday ordering the State government and State Election Commission to conduct Bruhat Bengaluru Mahanagara Palike (BBMP) polls on time, air of apprehension has surrounded the BBMP restructuring process.

Chief Minister Siddaramaiah has called for a meeting tomorrow, on June 25th 2015, in which selected ministers in the state government, MPs, MLAs and MLCs from Bengaluru, the Urban Development Additional Chief Secretary, the BBMP Administrator and the BBMP Commissioner will take part. The meet is expected to decide on whether the BBMP will be restructured or not.

While the BBMP Restructuring Expert Committee is likely to submit its final report to the government on June 30th 2015, the Legislative Council Select Committee which has been entrusted with the task of studying restructuring process too has been holding last rounds of discussions.

The Committee was asked to study the Bill and propose amendments if any. The committee chaired by IT & BT Minister S R Patil comprises of six members from Indian National Congress (INC), five members from the Bharatiya Janata Party (BJP) and two members from Janata Dal (S) (JD(S).

While both the committees are doing their job, highly placed sources said that the government is eager to pass the Bill with amendment or in existing form, in the Legislative session commencing next week.

Select committee to decide on the Bill

Meanwhile, the 13-member Legislative Council Select Committee which has discussed the issue in its meetings in last one month, conducted yet another meeting on Tuesday, June 23 2015. According to sources, the BJP members in the Committee are demanding to conduct a few study tours to examine other models of corporations. However, it is learnt that the Chief Minister has suggested that the committee submit its report soon so that the Bill could be tabled in the upcoming Legislative session.

One of the members of the Select Committee told Citizen Matters that the committee is waiting for the Expert Committee on BBMP Restructuring to submit its final report. “We have held a few rounds of discussions on the Bill. There was differences of opinion among members initially. Now, all the members are convinced about the need for restructuring BBMP for a better Bengaluru. BJP members in the committee have demanded that the Palike should not be divided to retain ‘brand Bengaluru’ identity. Hence, we too are not recommending division of the city, but are only pressing to bring administrative changes for the effective functioning of Palike,” said the member who did not wish to be named.

The Committee is expected to hold yet another meeting on July 4th. However, he contended that the High Court judgment on BBMP polls will have its impact on the Select Committee report. If the elections are held next month, the report will obviously be less relevant, the member said.

What if the Bill doesn’t get nod in Council?

When District-in-Charge Minister Ramalinga Reddy was asked if the government would halt BBMP restructuring process due to polls, he said both were separate aspects. “Election will happen on its own and restructuring too might take place parallelly. It is upto the Chief Minister to decide,” he added.

Even as the State Election Commission is getting set to announce election date on June 26th 2015, highly placed sources said that the government is mulling over approaching the Supreme Court (SC) on High Court judgment.

According to the apex court order last month, BBMP election is to be held before August 5th and it is believed that SEC has tentatively fixed July 26th as the polling date. However, the State government is free to move to the SC questioning HC judgment. The Supreme Court has the liberty to issue an order till the day SEC issues election notification. Even if the SEC announces election schedule this week, it will take some time for the Election Commission to issue the notification.

‘Restructuring and election not related to each other’

V Ravichandar, a member of Expert Committee on BBMP Restructuring told Citizen Matters that the committee is almost ready with its report and will submit it to the government on June 30th. “We hope the report will not gather dust post election. It would have been nice if the government had formed the restructuring committee in advance or if we were in a position to submit the report early. Having worked hard on restructuring report for last seven months, it would have been ideal if the restructuring process had taken place prior to election,” he said.

Considering the ever-increasing population of Bengaluru, the city should ideally have more than existing number of wards. But, the existing municipal corporation law has set a maximum limit of 200 wards per corporation. Therefore, for creating more number of wards and reshuffling, the corporation has to be divided, he added.

Every monsoon, residents of Garvebhavi Palya go through the routine of flooded homes and squishy roads. This year is no different.

Politics is in my blood: Lingaraj Urs, AAP candidate from K R Puram

May 2, 2018 Shravya Sharath and Gauri Mullerpatten

Inspired by grand uncle Devaraj Urs, he entered politics. Lingaraj Urs talks about his political journey and views, and tells that he is in politics for the long haul.

The 50-year-old market was razed down this January to make way for a complex. After telling the court that they will not demolish it while the case is on, why did BBMP go back on its word? Here’s a sneak peak into the events that led to demolition.