Greetings from CIVIC Bangalore! You have promised the citizens of Bengaluru that you will solve the garbage problem at the earliest. Attached please find recent photos that were taken of garbage being littered in government office campuses in the heart of Bengaluru where the highest officials of government sit.

The first picture was taken in the campus of the MS Building, where many Secretaries to government sit. 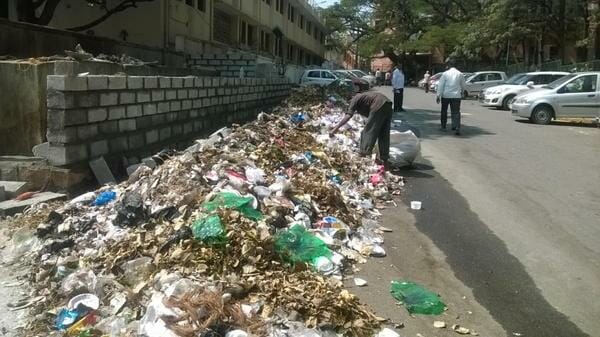 The second was taken in the campus of the Sarva Shiksha Abhiyan where State-level officials of the Education Department sit. 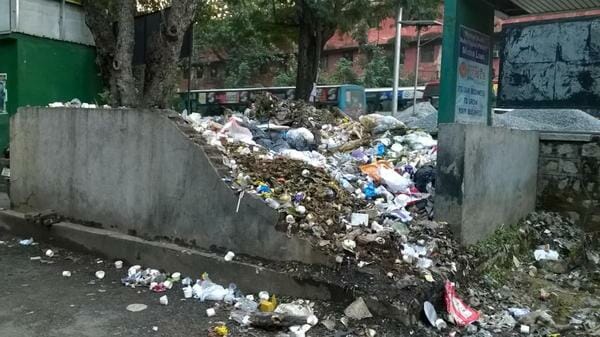 The High Court has issued a directive that all government offices should first start segregating their garbage and collect it and store it as per the Ministry of Environment & Forest Rules of 2000; that garbage should always be collected in a closed fashion; that it should be collected in secondary storage containers at collection points when it is not directly transported to the processing units; that it should not touch the ground and be exposed to the environment. The KMC Act has been amended to say that any one littering should be fined and even arrested. As per this, who should be arrested for this gross violation of the Act, Rules and Court directives in these government offices? The Secretaries to Government and officials of the Education department? Against whom should we file Contempt of Court petitions?

If Education Department officials cannot segregate their own garbage and collect it and store it as per the Act, Rules and Court orders, what will they teach the 70 lakh children in their 40,000 schools across the State about garbage management?

Hoping you will take stringent action to ensure that all government offices in all urban areas of the state become models in following the Acts, Rules and Court orders regarding solid waste management before they try to ask citizens not to litter, fining them and arresting them for littering.

Pedestrians of all ages and abilities are entitled to safe roads and footpaths. Children and adults in Bangalore reminded the government and the public about the need to ensure this at all times.

Every Mayor comes with an agenda to clean-up KR Market, yet it remains dirty.

Here’s a good way to ‘waste’ away a Sunday morning…

Members of GoGreenGoCycling and BinBag met at Cubbon Park on the morning of September 13th to raise awareness about the safe and responsible disposal of e-waste.