This is a response to the opinion published on Citizen Matters last week, titled When Bengaluru’s reputed school says no to admitting a “low class” kid… 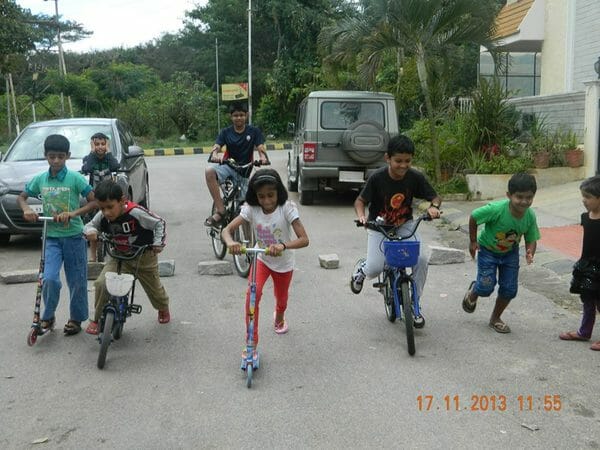 Simplicity is misunderstood in two ways, exemplified by two statements:

1. “Everything should be made as simple as possible, but not simpler” – Albert Einstein

2. “Given multiple explanations for a situation, the simplest is the best one to assume” — a  reformulation of Occam’s razor I heard as a kid.

The first statement is often misinterpreted mainly because, in such matters, no two people can agree on the exact line where something is ‘as simple as possible, but not simpler’.

The second statement is often misused as a pretext to avoid real complexities in the domain.

I believe that most things are rarely as simple as they seem. Writers make things seem simpler by shifting the discussion from the complex issue to something simpler, such as an emotional appeal. The readers, inundated with too much information, abet the writer, giving their precious attention, votes, shares and likes to simpler, more sensational and emotionally appealing articles.

Recently, I came across this article talking about the atrociousreasoning of an elitist school in Bangalore that refused to take in a child of lower economic means

I understand and empathize with the writer’s incredulity. I also understand the indignation of readers who empathize with the writer. That said, the plot — involving an economically deprived child, his career aspirations and the evil rich kids school that scorns the child — has all the elements needed to go viral. And the emotional, personal tone of the article literally clinches the deal.

But, once I get past the initial emotional response,  I begin to see a counterpoint — a view that justifies why the school may say such things as:

“The difference in social strata ‘will sap his self-confidence’ ”

I present three real life anecdotes below, which illustrate this counterpoint:

When a private school goes ‘international’

We know of a cook in our apartment complex who has been sending her child to a certain private neighborhood school for a few years now.

A year or two ago, the school spontaneously evolved itself into an ‘international’ school.The school name board was repainted with the word international in it, and there were various affiliations and conformities met to justify that claim in the school’s literature.

To justify the cost of these “efforts”, the annual fees went up by leaps, sudden ad hoc fees crept up from unknown crevices in the name of social activities, notably targeting the ‘international’ bracket of social.

This kid’s mom (the cook) was subjected to all kinds of humiliation at the school due to her social deviance from their target market — she would be called to discuss something about the child at a certain time, which she would accommodate with great strife in the households she worked at.

When she reached the school on time, with a narrow window available, other more well-to-do parents who came in, after her, without appointment, would be let in to meet the school administrators before her, and she would have to wait for a long time even to get to talk to the authorities. The child often sat by, watching, observing, and who knows, perhaps, ‘sapping away his self-confidence’.

The second case is that of a child in another international school, who comes from a family of relatively lesser means. This child has been subject to a lot of social stigma as a consequence. For example, while the kids from richer households see weekend excursions to five star hotels as life as usual, this child has to deal with the terrifying awkwardness and unfamiliarity of the entire experience, in the presence of her peers.

So, yes, there is an impact on a child’s social experience when they go to a school where the majority is from a different economic background. (I believe it goes both ways — some rich parents send their kids to schools with kids predominantly from a lower economic stratum, just for kicks, or for frivolous and romantically idealistic reasons such as ‘living in the trenches’, and that builds all kinds of ‘not belonging’ complexes in these out of place richer kids.)

Reaching out to the unreachable!

My third story involves a milkmaid. She would deliver milk every evening in an apartment I lived in. Her nine year old son would tag along every day. That boy, as kids are wont to do, wandered around to the area where the apartment kids play at that time, and started mingling with them.

At these modern day equivalents of public playgrounds, most kids bring and quite innocuously, brandish their shiny toys — bicycles, scooters, roller skates or other such — amongst their friends, a crucial social ritual in the free advertising and cross-pollination of children’s product demos and brand loyalties.

The milkmaid’s kid, however, could only yearn for these toys from a distance. But the longing to possess or try out these toys was too high to resist. So, the kid hatched a (quite ingenious) scheme to get his hands on those toys. Everyday, he would go into the apartment play space and say his hellos. He would then wander away for a while out of sight of the other kids. He would then return, narrow down on one (usually younger and unsuspecting) kid, and tell him, “I just went and talked to your mother, and she said that you should lend me your bicycle/scooter for a while”.

The innocent child, not knowing the cultural unlikeliness of this situation, would oblige immediately. It was only when the rounds hit my kid, and he mentioned it to me in passing, that I found out about this. Now, I do not fault that child for his plan (I think it was quite a brilliant one, given the goal he set out to achieve, which is also totally understandable). However, I do know that there are others in the apartment who could and very well would bar that milkmaid from ever entering the apartment if this came to their notice.

So, I called the milkmaid. First, I profusely clarified that I was not complaining personally, and that I had no problems with what happened. I then told her the whole story, including the possibility that others may complain, which might affect her livelihood. She landed up advising her child to avoid mixing with the other kids. Even though I had the best interests of all concerned, I felt strangely guilty in being party to quashing an innocent childhood interaction due to irrational adult social distinctions. But yet, I could not think of a better way to minimize harm.

These other parents I talk about have kids who go to such elitist schools. I can see how such parents would ‘dislike their kids associating with’ Mo’s poor types. If I were an experienced administrator in such a school, typically oneself of lesser means, I may be obliged to warn my fellow ‘middle-class’ parents of the risk of having to face up against existing snobby parents’ and their kids’ scorn.

In an ideal world, I would love to see a world with no discrimination, not only on economic, but on any divisive grounds. An ironic aside to think of: while this article rains on economic discrimination, it indirectly lauds the army — a way more violent discriminatory body, which discriminates on the even more irrational basis of national superiority, and also enacts much more horrific atrocities on the ‘enemy’ just because they happen to be born at a certain coordinate.

I am not saying that the army, or elitist schools are inherently good or bad. I am just saying that it amuses me that a writer who feels so comfortable with the one can be so inflamed about the other. I also believe there are complex social distinctions at play both among adults, between adults and kids, and between kids, and acknowledging their complexity is essential to better cope with the challenges ahead, as opposed to diverting the discussion to emotional territory as this article does.

In fields such as science and math, simpler explanations are preferable among otherwise similar alternatives, since the language of specification itself would prefer simplicity over complexity. In subjective, human fields such as sociology, psychology, cultural theory, and such, it is perhaps wiser to begin with the assumption that things are rarely as simple as they seem.

About Anand C Ramanathan 2 Articles
The author has not yet added any personal or biographical info to her or his author profile.

BPAC welcomes the proposals of the Tourism Vision Group. Says the budget needs to have a systematic plan to implement.