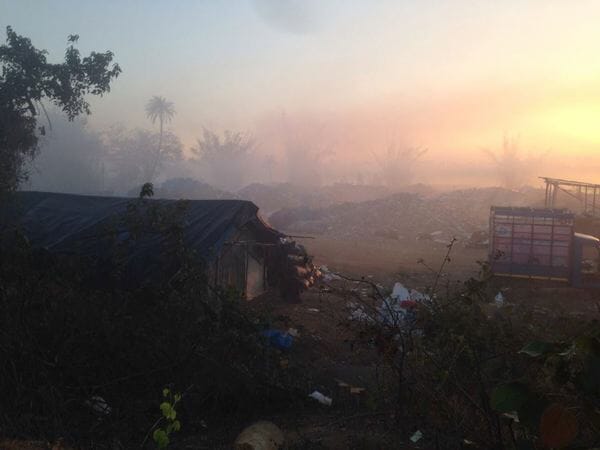 Even after a month of the residents of Kadugodi near Whitefield writing a complaint to Karnataka Pollution Control Board (KSPCB) about the indiscriminate large scale burning of garbage in surrounding villages, the issue remains unsolved. Workers continue to burn low value plastic and other garbage in open fields at Khajisonenahalli, Seegehalli and Katamnallur Cross near Kadugodi on the outskirts of Bengaluru.

Rampant burning of waste has become a cause of concern to the residents of the area who are forced to breathe polluted air and the active residents have now decided to convene a meeting on April 5th, 2015, to bring the problem to a logical end. 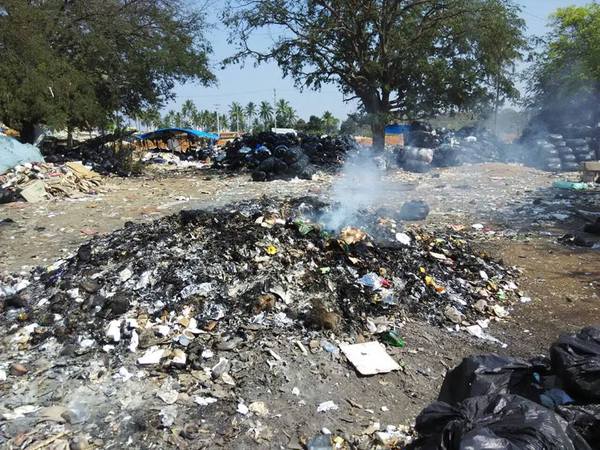 Heap of plastic burnt at one of the illegal garbage burning sites in Seegehalli. Pic: BWRCA’s FB page

Citizen Matters had first published an elaborate report on the issue on February 10th, 2015, after visiting five such sites in Seegehalli and Doddabanahalli gram panchayats. Members of Bruhat Whitefield Residential Community Association (BWRCA) who were irked to see thick smoke arising from barren fields in neighbouring villages, wrote a complaint to KSPCB Chairman Vaman Acharya requesting to address the issue. In his e-mail to the KSPCB Chairman dated February 24th, BWRCA and BBMP’s Technical Advisory Committee member R K Mishra, had explained the impending problem.

He had written that garbage was dumped in Hoodi, Whitefield, Kadugodi and East Bengaluru area in trenches and burnt daily, “It is miserable sight with filth, smoke and colonies of migrant workers brought here to unload, dig trenches and burn the garbage.” He on behalf of the residents, asked for KSPCB’s immediate intervention to address the problem.

Speaking to Citizen Matters, BWRCA member Venu Reddy said that following the complaint, KSPCB had sent an officer for inspection. After inspection, the KSPCB warned the local gram panchayat PDO (Panchayat Development Officer) to clear garbage burning sites without delay. The PDO though had assured of taking action, has not been able to do anything and the problem persists even today, Reddy said.
BWRCA members who visited the sites last week tried to convince the workers to stop burning of waste. “Apart from the plastic waste, they are also dumping and burning medical waste which could cause health hazards,” he said. 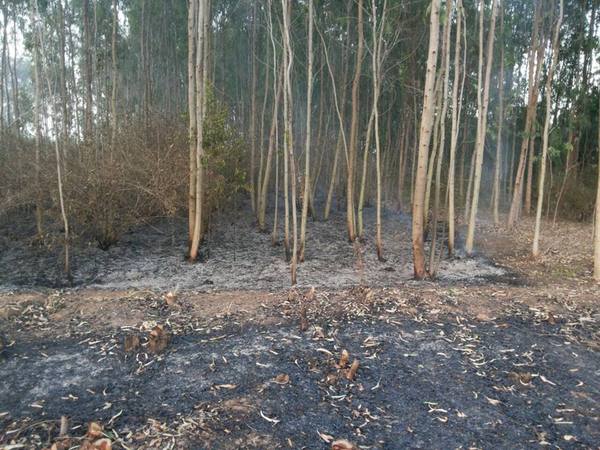 A site where garbage is burnt illegally near a village in Whitefield. Pic: BWRCA’s FB page

Residents suspect that the garbage is sold from the BBMP contractor to the migrant workers who have developed colonies here to segregate and burn the waste. (Citizen Matters could not verify this independently.) Since the local PDO did not prevent the menace, R K Mishra sent an e-mail to the BBMP Commissioner and KSPCB Chairman explaining the problem and requested the Commissioner to look into the matter. The residents have demanded that the BBMP and the KSPCB put an end to the problem soon before it becomes at another Mandur.

BWRCA has called for a meeting of Whitefield residents, panchayat members and officials, workers in garbage burning yard and landowners of the field where the garbage is burnt. On April 5th 2015, they will discuss the problem and chalk out a solution. “Meanwhile, we are also trying to find out the BBMP contractors who are selling the waste to these workers instead of transporting them to official waste disposal site,” Venu Reddy said.

Between flames, fumes and bare hands: The untold story of Bengaluru’s e-waste
You can buy a villa for 3 crores in Whitefield suburbs, but not clean air!

Munirathna, the corporator-turned-contractor, has been chargesheeted in relation to Fake Bill Scam that rocked BBMP a decade ago.