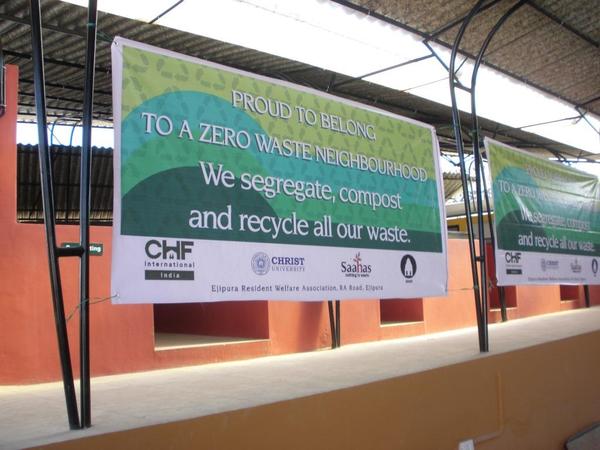 “There was a time when I didn’t have enough food to eat. Now I am so busy that I don’t have enough time for food,” says Krishna, once a waste picker, now runs  Domlur Dry Waste Collection Center Ward no 112, and employs six people.

Krishna is one of the many informal waste sector workers that run the Dry Waste Collection Centers (DWCC) in Bengaluru. DWCCs were set up following a Lok Adalat’s intervention directing the Municipality to set up these centers to enable ward level recycling in 2010. The Karnataka High Court further validated the direction in 2012, by instructing the municipality to set up necessary infrastructure to facilitate ward level decentralised management of waste for all categories.

Anslem Rosario, a pioneer in building a case for the integration of informal waste workers in the city’s solid waste management from the 1970s says, “It was in the later 80s and early 90s that Mythri Sarva Seva Samithi Trust (MSSS) launched a pilot “Waste Wise project”, for 300 households in Jayanagar, where residents were given bamboo baskets to hold dry waste and were asked for three way segregation. While high value waste was sold at the household level to itinerant buyers, the low value waste was then sold to local scrap shops and wet waste was composted in a park.” This experiment further paved the way for many such community-based decentralised initiatives. By the early 1990s, there were 45 such initiatives operating on a smaller scale.

Wealth out of waste by ITC

2003-2005 also marked the entry of many civil society-led initiatives like the Samarthanam Trust’s program on encouraging people to donate newspapers and Sahaas’s e-waste recycling program along with separate dry waste collection and in-situ organic waste management. In 2007-08, ITC launched its Wealth out of Waste (WOW) initiative to collect dry recyclable waste from large apartment complexes in Bengaluru and Hyderabad, motivating the start of the segregation-at-source counterculture in some middle to upper-middle class citizens of the city.

However all these initiatives functioned in isolated pockets and did not receive any large scale promotion till early 2009, when citizen groups got together to promote community-based decentralized waste management systems. “Around the same year, through series of meetings with the BBMP an unutilised shop space near the market area in Malleshwaram became operational, and became the basis for further advocacy for DWCCs in the city. Realising the futility of citizen’s level advocacy, without systems and processes being institutionalised, SWMRT approached Lok Adalat”, adds Anslem Rosario.

The case for decentralised set up was built following a detailed study on contract costs which revealed that the city was spending an estimated cost of 405 crores, for a total MSW contract of 89 packages for 198 wards of which 48% was being spent on the SWM component of door-to-door collection, including bulk generators and about 52% was being spent on street sweeping. 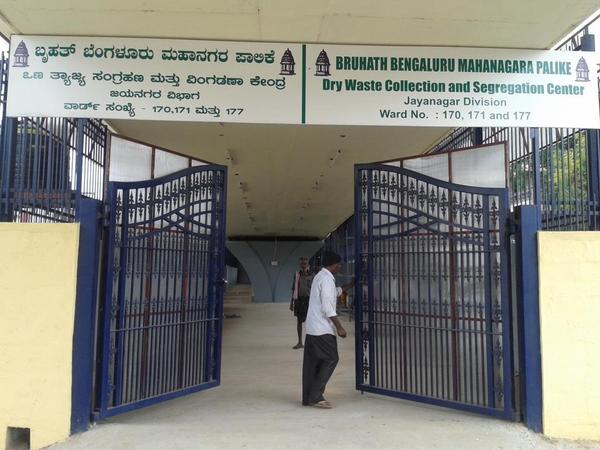 48 crores can be saved with segregation

A cost benefit analysis of decentralised waste management around by the Solid Waste Management Roundtable (SWMRT) revealed that infrastructure investment in decentralised Waste Management like market biomethanation, garden/leaf composting and  DWCCs could divert/ manage 53 tonnes per day (about 25% of the total waste) and save the Municipality about Rs 48.8 crore annually, which is about 12% of the total garbage cost.

With the direction from the Lok Adalat, the first two DWCCs were allotted in March 2011 – HSR Layout and Anandnagar. While Anandnagar started with 200 households by Full Circle, HSR Layout began operations only in August 2011, following a series of awareness programs jointly conducted by IYCN and Radio Active CR 90.4 MHz.

The two major objectives of the HSR center were, validating the need for a neighbourhood DWCC by keeping track of quantities recycled and facilitating better access of waste to waste-pickers, and thereby creating livelihood opportunities. A similar project was launched in Gottigere, near Nandi Park Apartments in February 2012. Both the initiatives till January 2013 had recycled over 149562.1 kgs of waste, thus reinforcing the case for neighbourhood recycling centers.

“The DWCCs are expected to work on business principles, as it receives zero subsidies in operations from the Municipality” says Anslem Rosario.

Commissioning of DWCCs by BBMP

However the initial few steps in the commissioning of the DWCCs were very slow, despite the Lok Adalat orders. There was limited interest shown by BBMP in scaling up the project and there were only a handful of pilots operating in Bengaluru in 2012. BBMP passed up existing sheds constructed in 2009 by Karnataka Rural Infrastructure Development Limited (KRIDL), formerly Karnataka Land Army Corporation transit points as DWCC, which were the 6000 sqft double height buildings in Yelankha, Domlur and Malleshwaram.

As each of these structures cost up to Rs 40 lakh each, the cash-strapped BBMP was reluctant. In Bommanahalli zones, temporary sheds were constructed in 12 wards. The temporary structure or sheds cost less than one lakh each and were built on the premise that the project would fail. 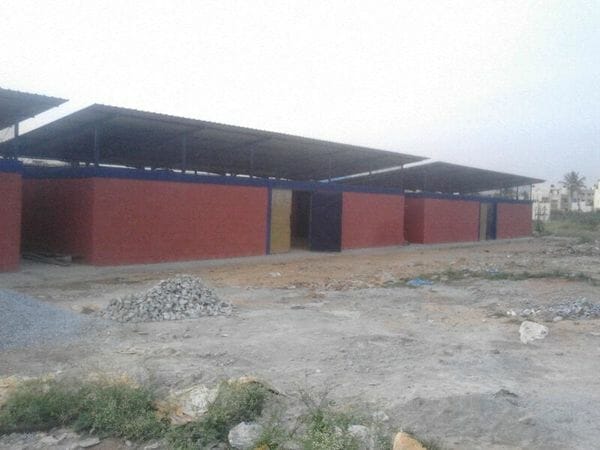 This crisis also led to the famous Kavitha Shankar Public Interest Litigation filed in court for improvement in the solid waste management scenario in the city. Many other PILs were clubbed to this and the Karnataka High Court directed the State to implement segregation at source and set up decentralised waste processing (at a ward level), increase citizen involvement in the crisis by the formation of ward committees, revoking existing SWM contracts to retrofit to the new tender guidelines etc.

It was at this time that looking at the better designed Kasa Rasa centres, it was suggested that the BBMP look at more aesthetic, appealing and low cost structures and a prototype model costing about Rs 24 lakh was designed by Ravi Kumar, who was an architect by profession. However in the interest of quick roll out, the budget were lowered to about 10 lakhs and simple utility shed like structures were finally set up in 2013-2014. 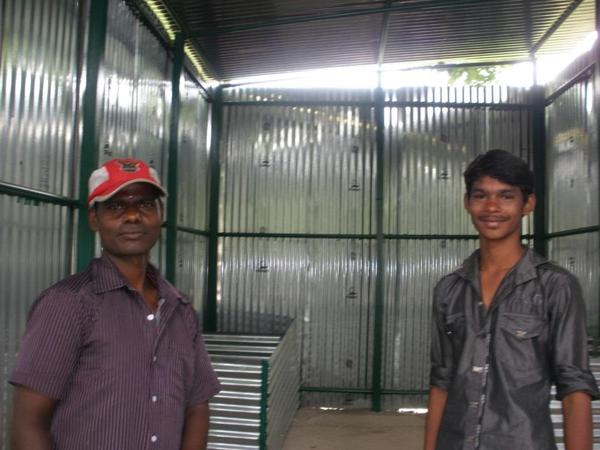 Even though Bengaluru was the first to go ahead and have in place neighbourhood recycling centers, five years since the Lok Adalat’s directions the city has still not embraced DWCCs, segregation at source is still not being practised, acceptance from bureaucrats are still negative, considering that the DWCCs built have not taken into consideration expansion plans, many still lack facilities, or roofing is faulty, and integration of informal sector in managing the DWCCs only account for 4% of the total DWCCs in operation.

About Pinky Chandran 24 Articles
Pinky Chandran is an independent researcher, author and a community journalist. She tracks policy and legal developments on issues related to waste management and its intersections. Garbage inspires her to write poetry and she runs her own blog wasteframes.com. She is the founding member of the Solid Waste Management Roundtable (SWMRT) and Trustee at Hasiru Dala. She is a dog lover and a pet parent.

The citizens’ side explains to High Court that city authorities did not tell the whole story in 2005 when the master plan for Bangalore, including Sankey Road widening, was thrown open for objections.

Fitness centres are mushrooming, but do they get you results?

Gyms, slimming centres and weightloss clinics offer benefits to those seeking to stay healthy, but could also spring problems if you are not aware.