A picture, it is said, is worth a thousand words. So it was, with reference to the recent inauguration of the ‘Kasa mukta’ (garbage free) initiative, at Freedom Park in mid-July.

While several thousands of words have been written and spoken about garbage, and about the authorities’ failure in cleaning up the mess, one picture said it all, very eloquently. (The Hindu, 25 July). It showed a horrendous pile of used plates, hundreds of them, tossed on the ground at the Freedom Park, at the end of the meeting by the ‘invitees’ including VIPs.

The participants could not care about proper disposal, and the organisers could not bother about providing bins, even at an event graced by VIPs, and they sermonise day in and day out, about the need for citizens to segregate their rubbish? 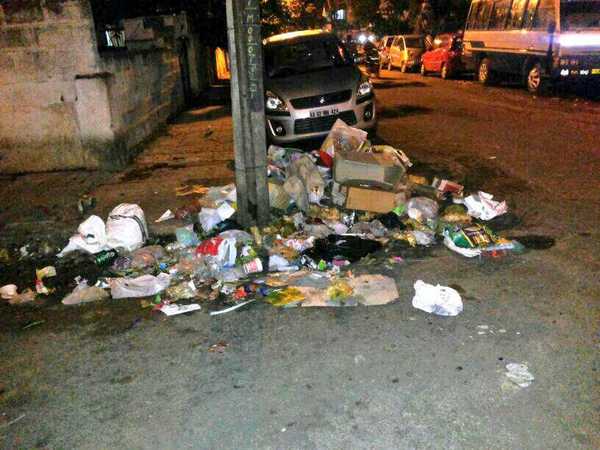 Cities in China and Thailand don’t have mounds of garbage as in the case of Bangalore. Pic: Shree D N

Fine – for what sake?

Those who do not segregate are being threatened with fines — who gets fined when I hand over segregated garbage, and the pourakarmika tosses both degradable and other plastic rubbish on to the same heap of roadside trash at the corner? I tried telling her, we are supposed to separate the waste. She said, “it doesn’t matter” and moved on.

I watched on successive days, at three locations around the city, and found that many employees deputed for collecting garbage, mix up the segregated lots and throw it on to a single dump. Shouldn’t the corporation’s initiative begin with proper instructions to its own staff, instead of issuing large, half page ads in the papers to “educate” citizens on the importance of segregating rubbish?

I spoke to a BBMP employee, who said the contractors were responsible. So where was the contractor, who was overseeing the garbage collection? He shrugged disinterestedly. I have a large, half page notice issued by the BBMP commissioner defining ‘bulk generator’ and listing their duties. No duties devolve on the BBMP apparently, except issuing pronouncements and making promises that mean nothing.

I attended a meeting of RWAs where the corporation’s medical officer addressed us on citizen’s responsibilities. Conceding that 46 cases of enteric fever cases including typhoid had been recorded in one north Bengaluru ward alone, in one week, this doctor went on to educate us on the need to remove stagnant pools of fresh water. What about the stagnant dirty rainwater that collects by the roadside, and becomes breeding ground, does the corporation address this, I asked.

The doctor gave me a condescending smile and explained that mosquitoes breed only in clean water, not in dirty water. He also added, for good measure, that pools of slushy, muck-laden water at garbage dumps are “not the public health department’s problem, it is the garbage contractor’s.” Beat that, if you can.

Our chief minister is wondering if we need more than one corporation. Have a dozen or more, it will make no difference as long as the administrators have no commitment to address the city’s issues, especially garbage.

It is not often that a news item, especially a report about politicians, raises a laugh. Most items are about scams, atrocious bungling or lack of sensitivity to citizens’ needs, and only raise our blood pressure. However, one, dated 16 July, said, “Budget grounds Mayor’s foreign trip” and went on to relate how Mayor Venkatesh Murthy could not go on a tour of Spain, Thailand and China, to  make presentations on ways to tackle garbage, since his “priority was to present the corporations’ budget.” I found that hilarious!

We in Bengaluru beat the rest of the world’s urban communities hollow in terms of garbage mounds. After a year and a half of constant promises to “get the matter under control” and “clean up the city,” all those political promises have remained just that — cruelly hollow promises. So what presentation was our worshipful  mayor invited to make, in those countries? Any guesses? No prizes, of course!

Keeping the tradition alive with paintings

One painting takes months to finish and it also takes a toll on her health. But Prabha Mallesh continues to paint because she believes it keeps one rooted in culture.

Her story, her words

Laxmi Murthy feels that writing is something she cannot live without. It makes her uncomfortable when she is not writing. She is a women’s right activist and has worked for this cause in many parts of the country.