Here is a drainage map of the city of Bengaluru sourced from the Central Ground Water Board website. No city sitting on a ridge line should actually get flooded but we have achieved the impossible — of course in parts.

A dotted ridge line divides the city between the Vrishabhavathy-Arkavathy-Cauvery basin and the Dakshina Pinakini, from the North to the South. There is a huge difference between these two in the slope, the hydro-geology, the soil, the rainfall, the built up area etc.

The drainage patterns – the rajkaluves – are interesting too. They are more dendritic in the Vrishabhavathy-Arkavathy-Cauvery basin and less so in the Dakshina Pinakini basin. Especially the North East of the city has a much flatter terrain and the slope and lake connections move West to East before they eventually join the Dakshina Pinakini and start sloping Southwards.

In the Western part of the city the slopes and hence the naalas – raj kaluves are more pronounced. During rains, water flows down streams more in the Cauvery basin while it gets collected and causes flooding more in the Dakshina Pinakini area.

The hydrogeology and hence the capacity of the aquifers to absorb water too is different in the two river basins. Groundwater is more abundantly available and the weathered zone hence recharge is better in the Cauvery basin than the Dakshina Pinakini basin. De-silted tanks should have better recharge in the Cauvery basin, while those in the Dakshina Pinakini will hold water longer and better. 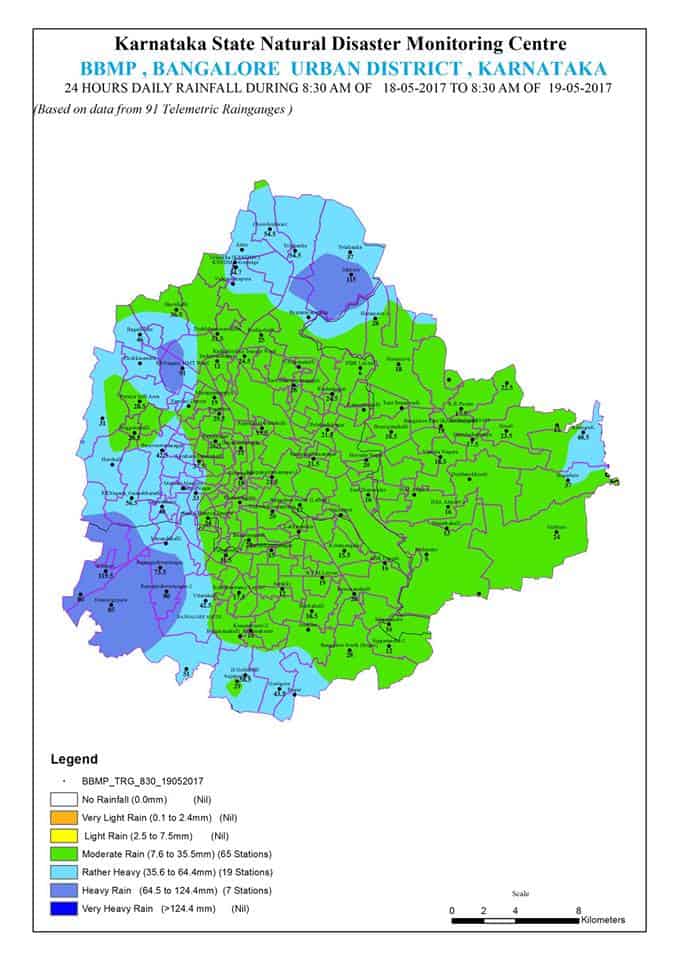 Thus, in reality there are many Bengalurus for rainfall. The IMD centre in the heart of the city has recorded 1655.70 mm of rainfall. The rain gauge on our office in a suburb to the North of Bengaluru in Vidyaranyapura has recorded only 1002.80 mm a staggering 65% variation.

Let’s look at the example of how construction activities change the landscape and drainage patterns. 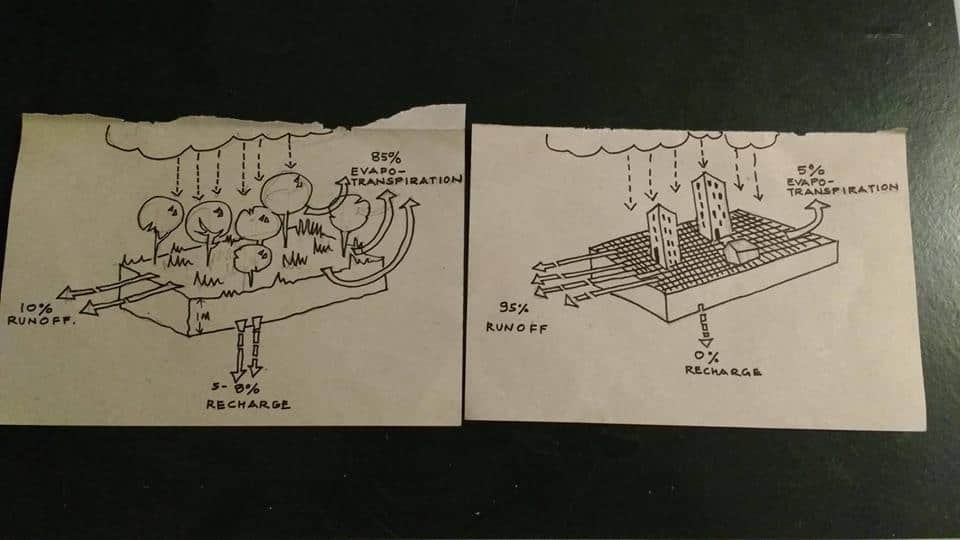 When a site is built up (assuming a flat site and normal rainfall in Bengaluru), a small one such as a 600 sq ft site, the hydrology of the site changes dramatically. From a run-off of 10 % it goes to 95 % or even 100 %. The big loser is soil moisture and evapotranspiration which, as expected, drops dramatically in an urbanised area.

How do we reverse this? If every plot is made responsible for the stormwater that it generates i.e. by holding to or recharging into a well every drop of rain that falls on the site, it will prevent flooding. 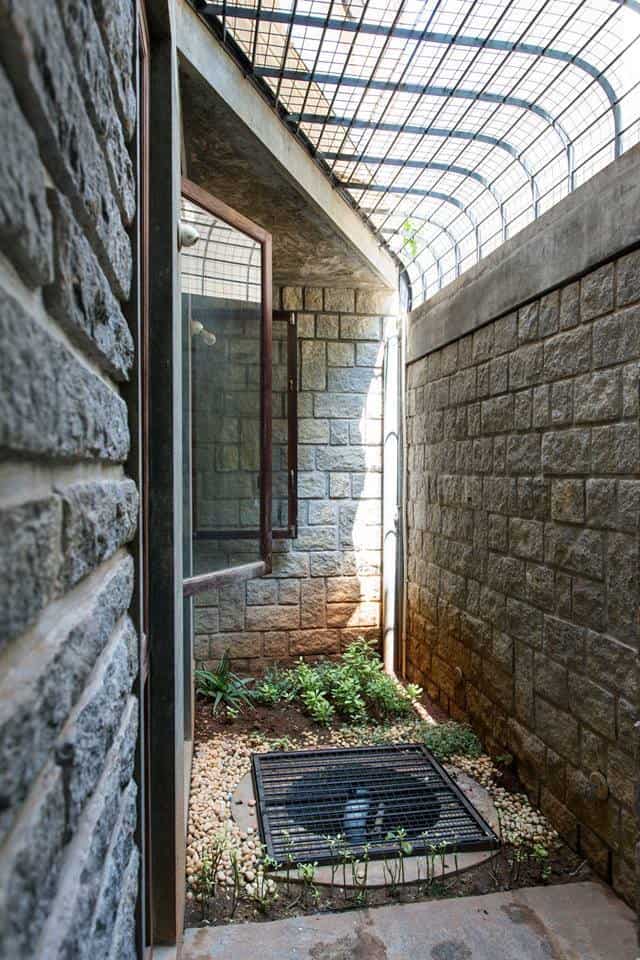 Thus when each micro-watershed is understood separately and jointly with the river basin, flood prevention will be better and systematically done. It is time we put up a citizens effort to understand and manage floods and we do it with the KSNDMC.

A tale of two installations

‘Imperfections and Symmetry’, an exhibition of art installations will be on display in the atrium at the Alliance Francaise de Bangalore from January 17th to 21st.

“He wanted to get home after lockdown, but death got to him first”

There are many less-known casualties of the COVID-19 lockdown. Among them was a man who lived and died in his makeshift trolley in KR Puram.

Iblur government primary school managed with just three classrooms for over 300 students. And most of them didn’t even have benches to sit on. Apartment communities around the area answered the call for help.