Finding lost people, that too when they have dementia, is a big problem in Bengaluru. The success rate of finding a person who is genuinely lost is dismally low as the Police Department is not equipped or staffed properly to deal with it. For small children it is even lower. Tracking a person who cannot communicate, such as a dumb or mentally challenged person, is practically impossible. 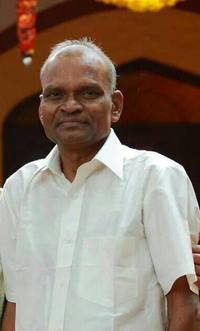 My dad went missing last weekend. My dad has Alzheimers disease. Although he is physically fine, he is not able to communicate even the simplest things. From the outset, we were told that our chances of finding him again were low.

Our first instinct was to get as many people as possible on the road to scan the area. My wife Paluk reached out to everyone we knew while I started the search for dad. The care-taker (whose carelessness had put us in this spot) told us that he had lost track of dad in Indiranagar.

We posted flyers all over Indiranagar and spoke to passers-by, dhobis, ironing persons, mailmen… anyone if they had seen anyone with a white shirt and white dhoti holding or wearing a blue sweater.

Ex-navy officer Ponnaiyan, residing in Bangalore, went missing at 2.45 pm on Sunday July 27th, 2014, from Domlur. He was an Alzhiemers patient. After much publicity on television, newspapers and social media, he was found on July 30th evening, at 5 pm, on Bannerghatta Road. This is an account of how the family was able to trace him.

As I walked the streets with a colour photo of him in my hand, the futility of the situation hit me over and over again. I asked myself if I were in the place of the people who were being asked, would I even be able to notice, forget recall an unknown person walking by me. I could only pray that dad would somehow leave an impression on passers-by.

While facing disappointment and discouragement on the one hand, we were also witness to the humanity and sacrifice of the volunteers who came to our side at this trying time. At any given time we would have 10 – 20 volunteers on the road searching for dad. These people were friends, colleagues, dad’s old colleagues from the navy, even people who had just seen the news on social media and reached out to help. This gave us encouragement and hope that we would find dad soon.

We got a number of sightings once news began to spread. The thing about sightings is that its pretty impossible to verify whether it really was dad or someone who looked like dad or maybe a lie altogether. To deal with this, we changed our strategy. We would first show the photo and check for recognition. If a yes, we would ask questions about his dress “What was he wearing?” etc and sometimes throw in a red-herring like “What was the colour of his pants?” (he was wearing a dhoti) to catch any liars. Even with this methodology we still had 10% of the sightings totally off the charts. Looking at the other points a credible story seemed to be appear. In this way we moved from one area to the next, following the most credible of the sightings.

According to the data that fit the story, dad had crossed over to 100 ft rd from Domlur and then moved up to Kodigehalli and then moved to CMH road and adjoining areas over the course of three days.

While the volunteers and I were on the streets doing the search, Paluk went about organising media coverage such as more pamphlets, putting an ad in the news paper and even getting us sometime on the TV and cable channels. My brother also flew down from the US to help in the search.

Very soon my dad’s photo was all over the internet and dad’s coursemates and ex-colleagues from the Navy started calling in to see how they could help. The commander-in-chief of the southern naval command called and assured me that no stone would remain un-turned to see that dad was returned safely. The Navy applied pressure on the police and also provided a few personnel to help in the search. MLAs and influential persons from Bangalore and the center called up the police station to put more pressure on the police.

A WhatsApp group was created and all the updates appeared there. A friend of mine Albert Bivera from Mumbai pulled in a lot of people into the search and also helped directing the groups via WhatsApp.

The search was physically and emotionally taxing. We would go to sleep every day at 2am only to wake up at 5 am and continue. To be closer to the place where dad went missing, a friend of ours Srobono offered her place and we stayed there.

On Tuesday, I reached a point where the emotional turmoil inside and the physical exhaustion on the outside, put me in a zombie state, not having the energy to care anymore but still caring too much to stop. I sat at one of the places dad had already been, hoping that he would return, while directing other groups so that their searches would not overlap.

On Tuesday night we combed a two-mile radius around Chinmaya mission hospital at night, hoping to catch him while he slept. This was done with a beat policeman Manjunath. No luck.

Wednesday morning all the leads went cold. There were no new sightings of dad. We combed the area around Chinmaya Mission Hospital twice that morning, but did not get any new leads. The number of volunteers at that time was very few (more were coming in the afternoon) and we started looking at hiring private detectives to continue the search. We were also thinking of getting colour posters printed and pasting them all over Indiranagar. 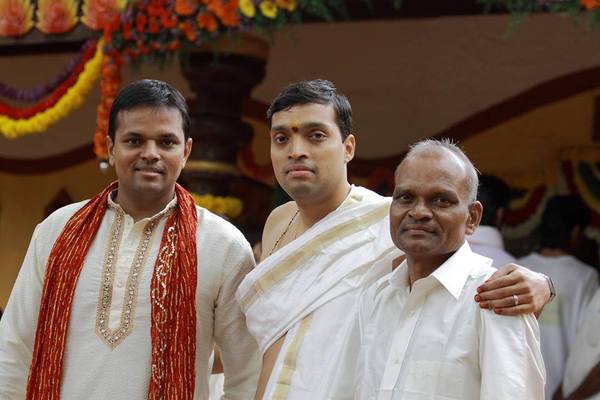 Where do the homeless go in Bangalore?

For me, the biggest question, was where do homeless people sleep? Any homeless person on the pavements, I learnt, was picked up by the police and handed over to some NGO organisation. For healthy homeless people it is usually the Beggars Colony, and for mentally challenged destitutes it is RVM foundation hospital on Bannerghatta Road. We also found that the places where homeless people can sleep without getting caught by the police are only BDA complexes, railway stations and bus stands. We searched all the complexes, stations and bus stands nearby but no luck. A friend of ours sent a photo of dad to RVM foundation to check for dad.

On Wednesday afternoon around 4pm we got news that a 90% match had been found at RVM foundation hospital. We quickly asked for a photo. They responded on whatsapp. The photo was that of my dad, he was found. I rushed from Indiranagar to Bannerghatta Road to verify that it indeed was dad. We did not tell anyone, as we did not want to stop the search until we were 100% sure that dad had been found.

I reached RVM Hospital by about 5.30 pm to see my father elated and thanking god. Tears of joy and gratitude to the heavens!

Dad had been found on Tuesday evening in a dried up lake near Anekal. The villagers had helped him out and handed him over to an NGO called Niranthara who had in turn handed him over to RVM on Wednesday afternoon. We were told at RVM Hospital that this was the first time a missing person had been taken home within an hour of arriving.

Dad’s upper body clothes were clean. He had mud on his feet and hair, but otherwise physically he was fine.

If my dad was in Anekal on Tuesday evening, then who were we tracking in Indiranagar? How could a person with no money reach Anekal? Did the caretaker lie to us about where he lost him in the first place (it turned out he had already lied about the form of transport he had taken and the reason for him going to Indirinagar) If he lied, why did he do so?

These questions for the most part will remain unanswered, we have filed complaint against the caretaker to see if there was a bigger plan here.

In conclusion, we are really happy that dad is back and this is a call to us to be more vigilant about his care. We thank all the volunteers for their help and support. We hope we will be able to be of service to you in the future. The police handling of lost cases, from accepting the FIR to the actual work of finding leaves much to be desired. I hope to contribute there in the future.

This content has been published originally on the author’s blog, and reproduced here with permission.

About Paramananda Ponnaiyan 1 Article
The author has not yet added any personal or biographical info to her or his author profile.

Veliyamma has dumped garbage in that very corner every morning, for the past 8 years. But today she had not done so. We asked her to come back later to help in the clean-up, and here she was! – Chapter 10 of The Ugly Indian book

This is the time to extract promises from politicians, and Bengaluru runners aren’t behind in the race. They demand promises of better open, green spaces from the contestants of Karnataka Legislative Assembly Elections 2018.

Empty nest syndrome: It can happen to you too!

A mother can’t wait to steal some time for herself, away from her children, while they are growing up. Once they grow up and fly away in search of their destiny, will her mindset remain the same? Reshmi Chakraborty tries exploring the subject.