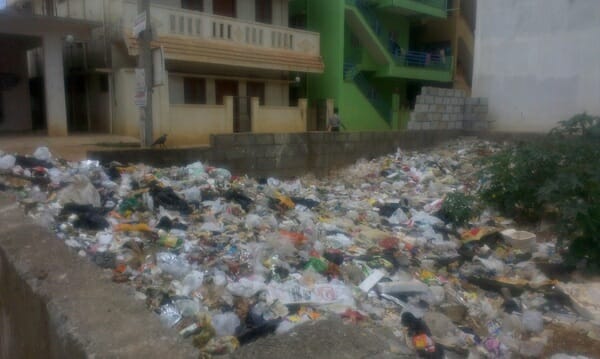 It was a bitter cold morning of January 2010 in Jammu when my phone rang. It was a landline number with STD code as ‘080.’ I answered the call only to realise moments later that I had been called back into service from a nine-month sabbatical. This time, I was posted at the ‘Garden city of India.’ I was excited to start my second stint in Bangalore as it was the preferred destination for all software engineers.

I booked my tickets and landed in Bangalore a week later. As mentioned in the email from my HR, my office was in Electronics City and fortunately, my friends were also staying close by. Thanks to a comfortable ride of three hours from the airport to E-city in a Vayu Vajra (Volvo Bus Service), I reached my den: Electronics City Phase-2.

As I entered the area, Electronics City appeared to be a posh colony with trees lining the roads and a proper footpath for pedestrians and a picturesque beauty. But unfortunately, things turned murky and gloomy when I stepped into E-city Phase-2. I was quite disappointed.

The area is well-managed by the Electronic City Industries Association (ELCIA), in terms of cleanliness and security, but it extends only until the far end of the corporates’ wall. Beyond the corporate offices lie the residences where we find the streets in pathetic condition. Roads are not asphalted yet. During rains, the place becomes a swamp, making it difficult to walk.

Another most irritating aspect of Electronics city is the nuisance of garbage dumping. All residents including me are dumping their daily waste in whatever vacant site they can find nearest to their home. This causes the garbage to decompose and stink to a great deal. Moreover, the garbage heaps attract rodents and mosquitoes. Sometimes stray dogs scatter the garbage, which is quite an unpleasant sight to witness.

I don’t blame the residents as they don’t have any other option. If we had a proper garbage disposal system in place, then this problem wouldn’t arise.

One fine day, I decided to do something about this pending problem. When I spoke to the Corporator of a nearby area, I realised that this area Electronics City Phase-2 doesn’t come under the jurisdiction of BBMP, but is the responsibility of the Gram Panchayat. Not finding enough details of Gram Panchayat on the internet, I decided to write this article.

Our Prime Minister has launched ‘Clean India Campaign’ which is really a much-needed initiative. Why not we citizens come forward and join hands and start implementing this idea from our neighborhood? We as the citizens of this country, need to be more responsible towards our environment. How long are we supposed to turn a blind eye to it? Can we together give some attention towards this neglected area?

If you are interested to join us to decide on concrete steps to solve the problems existing in Electronic City Phase-2, join this facebook group. Let us together draw a plan of action and make Electronic city better!

About Nishit Sharma 1 Article
The author has not yet added any personal or biographical info to her or his author profile.

‘I wish I had started using public transport earlier’

Ashutosh Sundaram has now decided to take a bus as often as he can and recommends it to all.