Editor’s note: We at Oorvani Foundation believe that it is important to give voice to all sides of a debate to make informed debates possible. Hence we provide space for multiple views, but the Foundation does not have any view of its own on any of the topics covered.

R K Misra’s defence of the elevated corridors project, ‘Elevated corridors will facilitate public transport’ (Citizen Matters, 19 November 2016) is untenable because it is not supported by data or current expert opinion on sustainable urban mobility from anywhere in the world. Frankly, it seems out of date.

The project in question is the network of five elevated corridors, announced by the Chief Minister in his speech for Budget 2016-2017. It was Centre for Smart Cities, a non governmental organisation (NGO) founded by R K Misra, which proposed the elevated corridor network as an improved mobility plan for Bengaluru, in 2014. The NGO had also submitted a pre-feasibility report (PFR) – all quite top secret, for a while.

Had the NGO put its PFR to the test by getting it examined by a panel of genuine mobility experts, it wouldn’t have found itself in this awkward situation, perhaps, defending the indefensible. It wasn’t even discussed in the Vision Group, where, too, Misra is a member. As he himself reveals in the Citizen Matters interview, that he took the elevated corridors plan to Bruhat Bengaluru Mahanagara Palike (BBMP), which brought it before its own Technical Advisory Committee which Misra was a part of.

This is professionally problematic, without due diligence of any kind. Here, for all practical purposes, Misra proposed it, approved and disposed of it, favourably. The point is not to question his credentials, per se. Misra is a graduate from IIT Kanpur and a post-graduate from Tokyo University. This is about propriety. In other words, PPP should not become an emerging business creation idea with oligarchic overtones. A proponent can’t be involved both in policy formulation and contract execution. It creates conflict of interest.

The PFR rises right to the top in the state government. The Urban Development Department (UDD) asks BBMP itself to prepare a Detailed Feasibility Report (DFR). But BBMP has no experience in this regard. So, UDD gives it to Public Works Department; specifically, Karnataka  Road Development  Corporation (KRDCL), the department’s road works’ organisation. KRDCL then called for tenders to prepare the DFR in 2015. A consortium led by US firm AECOM is now in the final stages of preparing the DFR.

Objection 2 – No involvement of mobility experts

KRDCL is a road engineering body. It has no mobility expert of its own. Did it consult one? Was there an expert panel to vet this Rs 18,000 crore proposal? Who, within it, had the capacity to critically examine the project? Unfortunately, until the government shares the PFR and details of the consultation, we will have to assume it was just Misra.

Misra says, “technical experts from the Centre for Smart Cities and consultants prepared the pre-feasibility report in which they proposed basic alignments and up-down ramps at major road junctions.” Who are these “technical experts”? Could he share the names in public? After all, it is the work of his own NGO. He should know it.

In any case, it is also not clear what expert opinion of any depth went into the pre-feasibility report. Misra says, “we had just proposed the basic idea, which will get a concrete shape in the DFR. They are going to look at the project based on vehicular traffic, land availability and other geotechnical aspects.”

How is the government spending 11 crores of taxpayers money on the DFR with just a “basic idea”?

Every other detail in Misra’s interview is engineering – placement of the elevated road, design of pillars and lane width. Citizen Matters poses the pertinent question: “What is the guiding principle of the project plan?” Misra’s answer is revealing. He says: “The elevated corridor project is planned based on two traffic directions of the city – North-South and East-West, with interconnecting and loop elevated corridors. The corridors will be made over and above the existing roads with minimum land acquisition and least impact on the environment. The idea is that the road below anyway exists, but is extremely congested. By creating additional space through elevated corridors, we are enhancing the traffic carrying capacity of the road below.”

Really? Where’s any evidence of this? The reality is that a minimum of one lane will be lost everywhere on all existing roads and more at junctions. And, who made the assessment on environmental impact? How many trees will be cut?

Misra should not be looking to increase traffic carrying capacity but rather seek to decrease traffic carrying units. Misra’s thinking is seriously flawed. Is he looking to solve congestion, or improve mobility? The National Urban Transport Policy 2014 (NUTP 2014) is clear on this: “The objective of this policy is to plan for the people rather than vehicles by providing sustainable mobility and accessibility to all citizens.“

Elevated corridor plan violates every one of the first four of the listed NUTP 2014 objectives:

1. Incorporating urban transportation as an important parameter at the urban planning stage rather than being a consequential requirement.

2. Bringing about a more equitable allocation of road space with people, rather than vehicles, as its main focus

3. Public Transport should be citywide, safe, seamless, user friendly, reliable and should provide good ambience with well-behaved drivers and conductors.

4. Walk and cycle should become safe modes of Urban Transport.

All of Misra’s imagination is based on, possibly, ‘the good old way’: “Given that the horizontal widening of these roads in a fully developed city like Bangalore is not possible, we are only left with the option of going vertical. Given that you cannot widen the road below, put a pillar in the middle of the existing road and make a road over the road – the elevated corridor.” Basically, his thinking is: Too many vehicles? Let’s build ‘long flyovers’. However, NUTP 2014 warns, “the ongoing urbanization will make the situation worse in the ‘business as usual’ scenario.“

Public opinion needs to be taken before, not after the DPR

Even his idea of accommodating public opinion in making projects is wrong. He says: “Public consultation should be done after the DPR is ready, so that the dialogue is meaningful and the suggestions are specific.” Instead of mocking citizens who formed the human chain against the steel flyover, Misra better heed NUTP 2014’s advice on public opinion: “Public participation in planning increases the likelihood that actions taken or services provided by public agencies reflect the needs of the people and are accepted / adopted by people easily.”

So, wide consultation with expert and public participation should be undertaken BEFORE such a plan is conceived of, at the planning stage itself. But this is like saying, “I’m going to beat you, what stick do you prefer?”

On public transport, his view is even more strange. “Currently, BMTC is catering to 40-50 percent of the traffic, but due to extreme congestion, the average speed of BMTC is just 8-10 km/hr.” Is the average speed of any other vehicle any better? But, he argues: “If we reduce the traffic congestion by creating extra road capacity through elevated corridors, BMTC buses can move faster.” Where’s the evidence for this? Again, his focus is on ‘traffic congestion’, not reduction of vehicles.

The bizarre part is here: he says, “many people will leave their cars at home and use BMTC if the service is faster and reliable. So, by building Elevated Corridors we will actually improve the efficiency and usage of public transport.” But the buses CAN’T USE elevated corridors. So, it is predicated on the fallacious notion that roads below the flyover will get de-congested for bus transport, bicycles and pedestrians. This is more than bizarre. It’s simply cruel, the assignment of priority to private vehicle users.

Mumbai, with its 2.07 crore population, has 25 lakh cars and bikes, while Bengaluru, with around 1.15 crore population now, has 56.9 lakh vehicles already. Registrations of new vehicles continue in the city, while in the entire nation, Bengaluru stands only next to Delhi (60.49 lakh cars and bikes) in terms of number of private vehicles. Need more proof to see where we are heading?

Out of sync with global imagination

It’s customary for experts like Misra to assume that some of us are just “activists,” good only for “forming human chains,” as he tweeted with an emoticon, thank you. So, invoking our qualifications (Prakash Belawadi, BE. Mech, UVCE, 1983; and Naresh Narasimhan, B.Arch, MIT Manipal, 1985), we wish to demonstrate to Misra how out of joint with global imagination on urban mobility his plan is.

Firstly, if ‘X’ is available road space, and ‘Y’ is number of units (people and vehicles using it), the solution is not to perennially increase ‘X’ – horizontally or vertically. At a critical point, the law of diminishing returns begins to operate. In Bengaluru, we have crossed that inflexion point some time ago. So, It’s necessary to look at reducing ‘Y’.

Not one mobility expert of repute, from any city in the world, will support Misra’s idea that increasing road space with flyovers is a good solution. We challenge him to find one such expert. Flyovers are ugly and unjust to pedestrians, mass transport users and bicycle riders. Ultimately, they are rendered useless, because the ever-increasing number of new vehicles on the road will choke them with serious congestion as the flyovers descend on their ramps to ‘ground reality’. It seems everybody but Misra, knows this.

NUTP 2014 calls for a paradigm shift: “from personal vehicles to other MRT and non-motorised transport (NMT) modes.” Last week, in response to the Delhi air pollution crisis, The Economic Times carried a report on how global cities are moving towards demotorisation. Paris, once ranked as the ‘most polluted city in the world,’ has banned cars in many central districts on weekends and introduced odd-even plans in some places. London wants to create “an ultra low emission zone” from 2017 and introduce Clean Bus corridors (not elevated corridors) in pollution hotspots. Copenhagen has more bicycles than people, emulating The Netherlands. Many parts of the capital city are closed to vehicles. The city plans more no-car zones, is building new bicycle lanes, will remove car parking slots and introduce steep congestion charges. And list of cities moving towards demotorisation grows – Zurich, Helsinki, Gothenburg…

Misra’s plan may be attractive to a city that’s 20 years behind Bengaluru, even though it would still be a misleading idea. What we need now is a plan that looks, perhaps, 50 years ahead. During morning rush hour in London Zone 1, one of three vehicles on the road is a bicycle. On some main roads, up to 70 percent of vehicles are bicycles. And, in a couple of years, there will be more bicycle riders than car drivers, according to Transportation for London (TfL) predictions. This came about swiftly: “Motorists entering central London during the morning peak in 2000 outnumbered cyclists by more than 11 to 1. By 2014, the ratio was 1.7 to 1,” says TfL. 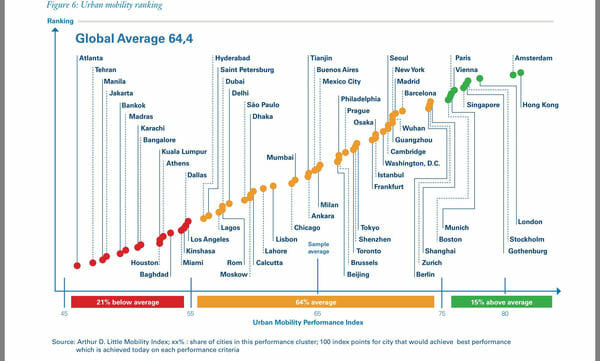 Management consultancy Arthur D. Little’s (ADL), which studies urban mobility issues from cities around the world, notes in its case study report on Beijing: “Traffic congestion is endemic in the Chinese capital as car registrations proceed apace. Indeed, car ownership is growing at a compound annual growth rate (CAGR) of no less than 12 percent… In these circumstances, there is a pressing need for draconian restrictions on car use, including limitations on car registrations, car-free days, and banning car commuters in the rush hour.”

So, where is Misra getting his ideas from? Who, his experts?

About Prakash Belawadi 2 Articles
The author has not yet added any personal or biographical info to her or his author profile.