Cycling has been quite a bit in the news lately, thanks to the activities of several individuals and organisations trying their best to popularise cycling. I often cycle to work – so I though I would write about my experience and perhaps dispel some of the myths associated with cycle commuting. 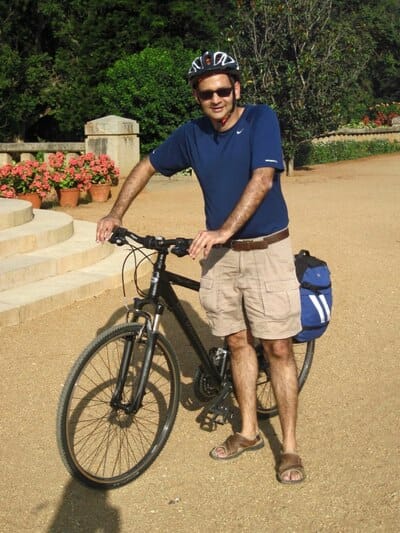 I live in Malleshwaram and work in Kengeri. So it’s a distance of about 15 to 20 kms, depending on the route. The route I take is down Chord Road to Nayandahalli main road and in to the University campus. I usually return via the Outer Ring Road and Tumkur road. Here are some of the questions I get –

Who said cycling is only for kids?
Fun thing called cycling can solve traffic problems. Here’s how!

Roads and commons in ‘gated layouts’ are not exclusive, says AG

In this exclusive interview, Karnataka’s Advocate-General Ashok Haranahalli, says roads and open spaces in gated communities cannot be closed to the general public, as it belongs to the concerned civic authority.

Am I paying taxes to get killed?

Bengaluru is beset with rotting garbage, killer potholes and increasing dengue cases. Yet the BBMP is planning a steep hike in property taxes. So should we pay?

Tuck into esoteric italian fare in an exclusive ambience

Fiorano in Koramangala offers some rare types of pasta combined with seafood and some delectable Tiramisu.