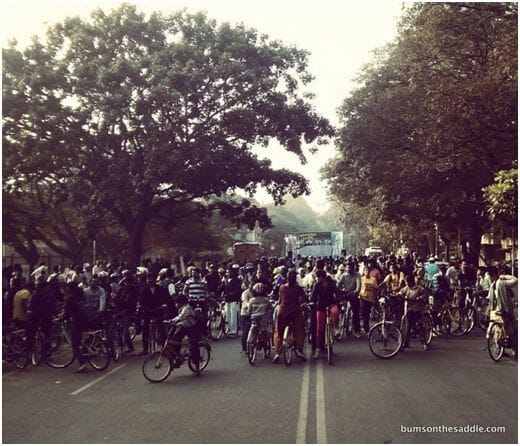 Cycle Day, now into its third month, went local in December! The first local edition held at Jayanagar on the 29th December 2013, saw over 1200 cyclists in attendance. It was truly heartening to see many families and children come out and support the event.

The chief guests, Lok Sabha MP for Bangalore South, Ananth Kumar, Jayanagar MLA, BN Vijayakumar and Prof. Rajeev Gowda joined the cyclists at 8 am to kick off the event. Mr Vijayakumar inaugurated the 6.5 km long cycle ride. The ride covered local landmarks such as the beautiful tree-lined RV Road, KR Park, Ashoka Pillar and Lalbagh. Mr Ananth Kumar received and welcomed all the cyclists, as they returned from their tour of South Bangalore to converge at 10th Main Road, Jayanagar 5th Block. 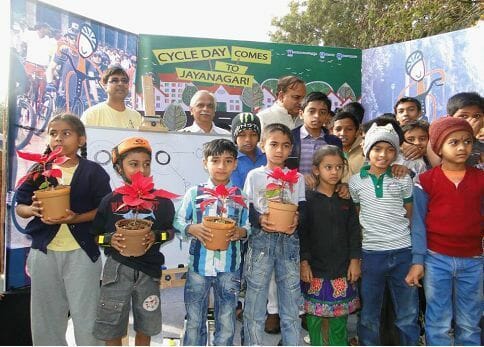 Highlights of the event:

Fun activities for the children

While the cycle ride was on, families and children assembled at the venue to participate in traditional street games like Lagori, Gilli Danda, and Slow Cycling. About 70 children took part in the street activities.The adults too couldn’t resist joining them, especially for Lagori and Gilli Danda. 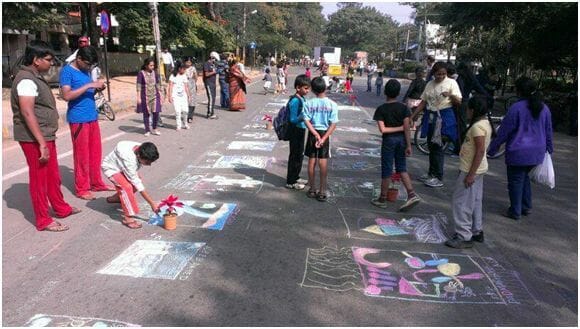 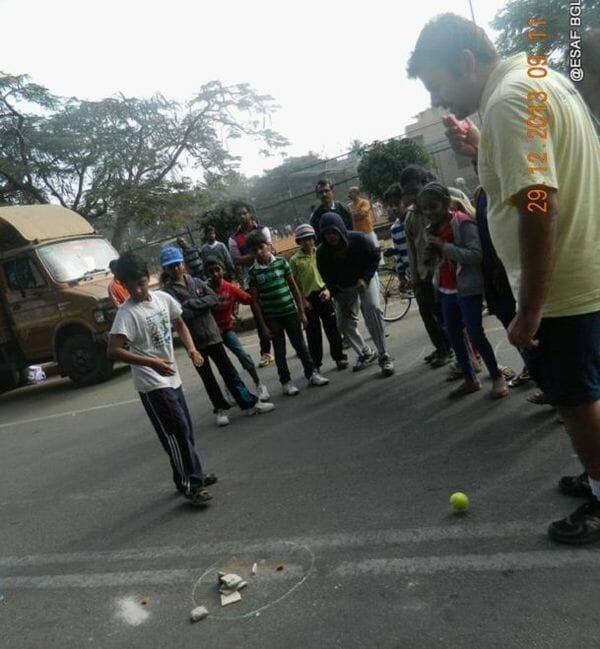 Some of the highlights of the street activities included: 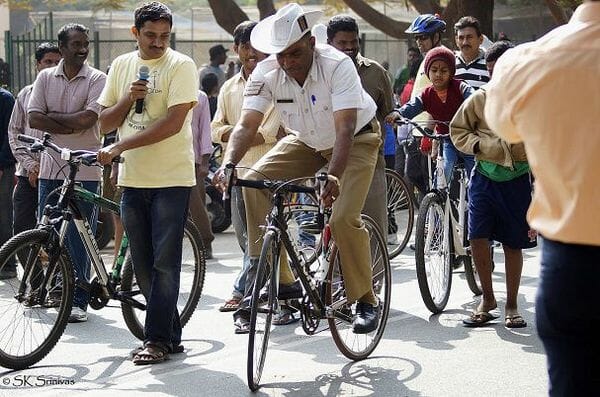 Some public reactions on Facebook for the December edition of Cycle Day:

The community comes together

Thanks to the residents of 10th Main, Jayanagar and Jayanagar Traffic Police, a stretch of the 10th Main road was blocked to ensure safety for kids and their families, as they participated in the Cycle Day celebrations. 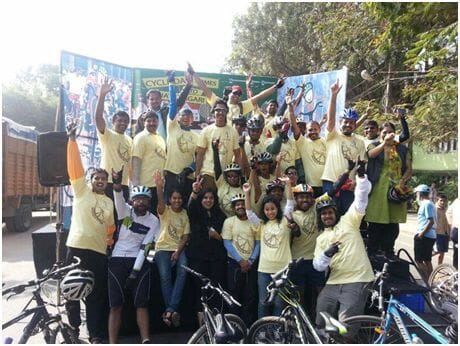 Cycle Day also extends its special thanks to the 40 volunteers who joined hands to make the local edition in South Bangalore possible. A team of volunteers led by Anil Kadsur, worked with Traffic Police to ensure that the Cycle Ride was safe and smooth for all. Another team led by Manju George, ESAF, ensured kids and families had a good time, by planning all the street events. Srinidhi Sampath led the group that coordinated all other arrangements.

“Cycle Day” is a campaign to make cycling mainstream again, to affect a dramatic increase in the usage of cycling for commuting, shopping or leisure, and to promote cycling as a green, healthy and safe alternative to motor vehicles. The campaign also aims to provide our government partners with the public support and impetus needed to create an enabling environment for cyclists through the planning and development of cycle lanes, bus-cycle connections, cycle rental schemes, cycle parking stands, and more.The campaign is anchored by DULT (Directorate of Urban Land Transport), Government of Karnataka and supported by multiple community/city level organizations (like Praja RAAG, ESAF Bangalore, Critical Mass Bangalore, Namma Cycle etc.), many citizen volunteers and multiple government organizations (Bangalore Traffic Police, BMTC, Dept of Horticulture, BMRCL, KMF).

B.PAC has launched the Green Ambassador Program, a 6 month internship program for college students, to create interest and awareness on urban environmental issues.

Increased floor space index without taking into account the infrastructural constraints in the form of adequate roads, water, electricity and civic services will sound a death knell to the city, say the citizens.

“I want to have a million books”

Meet R Sunder Rajan, who after having worked in IT industry for 15 years, has started a chain of libraries called Just Books in Namma Bengaluru.