What typically happens when you go to a pharmacy? You show the prescription, buy the medicines that you need, check the MRP, pay for it, collect the bill and leave. Sounds simple enough right? Not always… Here’s an example of why you need to be doubly careful when you purchase medicines. 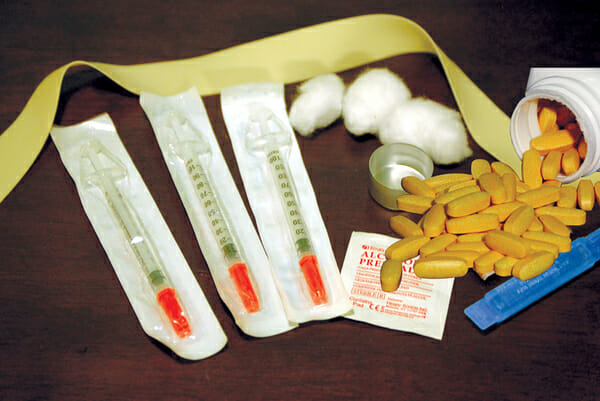 When Rajeev Gupta (name changed on request) bought a nasal spray from a pharmacy, little did he know that checking the above mentioned were not the only things he should have done. When he finally opened the bottle a home, to his surprise, he found it empty.

What do you need to do should you find yourself in a similar situation? Logic suggests that taking it back to the pharmacy, and demanding for a replacement would be the prudent thing to do. But what if the chemist doesn’t oblige? What then?

Things to keep in mind while buying a medicine

At the time of purchasing medicines, make sure you keep an eye out for a couple of things. Should anything go wrong, this will help you build a stronger case for yourself.

What can you complain about?

According to the Drugs Control Department (DCD), the most common complaints that they receive are for the following.

Any complaints against violation of the following rules are considered valid.

Where and how can you file a complaint?

If you want to file a complaint regarding any medicine that you have purchase, you can reach out to the Drugs Control Department, Karnataka, Palace Road, Bengaluru-560001, Karnataka, India.

You are also allowed to send samples of a drug for analysis to the Government analyst as per Section 26 of Drugs & Cosmetics Act,1940. Details of the Drug Testing Laboratory can be found here.

Well-known pharmacy chains like Apollo, Trust, or MedPlus typically have their own customer care numbers that would help you solve the issue.

In case you are unable to find a resolution to your complaint through customer care, you can reach out to the Drugs Control Department.

Each area has a separate drug controller (DC). When you call the helpline to file your complaint, make sure you provide the pincode of the area where the pharmacy is located. You will be put in touch with the DC in charge of that area. He/She will then take down your complaint and initiate necessary action against the drug store.

Whether you are put in touch with a DC over the phone or if you are sending an email to the Drugs Control Department, you will be required to share the following information.

Once you have filed your complaint, someone from the office is sure to get back to you to enquire about the problem, investigate, and take necessary action.

What happens after you file a complaint?

“If any druggist violates the rules, action like suspension/cancellation of licence, and prosecution in the court of law will be initiated against him.” This is what the Deputy Drug Controller, Bangalore Regional office had to say when Citizen Matters asked him what action would be taken following a complaint.

Have you had a similar experience with a pharmacy? If you do, please share your experience in the comments section below the article.

Want to donate blood? Here’s a quick guide for you!

In June 2018, NIMHANS, which has 5.5 lakh people from around the country seeking help at its doors annually, formally launched a digital academy that will impart virtual training to doctors around the country to address and treat common mental health disorders.