The earlier articles in this series looked at the urban poor running out of cash and the stark reality of hunger during lockdown. In this part, we see the psychological effects of the lockdown on the poor.

Parimala (name changed) can barely contain her tears. Between the sobbing, her words become less coherent. Clearly anxious, she checks the front door every now and then, lest her husband finds her speaking to someone.

“It’s almost time for him to return from the liquor shop. Hopefully, if he is in a happy or a relaxed mood, my children and I don’t have to face his foul temper,” says the 32-year-old domestic worker.

From foul language to beatings, Parimala has been seeing the worst of her husband in recent days. Fuming at the government’s decision to reopen liquor shops during the lockdown, this mother of two children makes this observation about her neighbourhood: “In Jakkasandra, the Indira canteens and ration shops are far-flung, but in any corner in residential areas, a liquor shop is easily available.”

As jobs and incomes grind to a halt and working class families struggle to make ends meet, the physical and psychological impact is particularly telling on women and children. Women are expected to conjure up a miracle: make rations and cash last longer, while guarding what little savings they may have (secretly) set aside. For the children, the atmosphere at home is one of insecurity, tension and fear.

Many women said that in the absence of work, the men in their families took to alcohol on the pretext of frustration and stress. In the process, they were driving households into debt and were draining cash reserves meant for essentials like grocery and milk. When homes run out of cash, some of the men raised hand loans from friends and acquaintances to sustain their habit.

Even the loss of employment during the lockdown was bearable to an extent, Parimala says. Cutting her own daily needs, she had set aside Rs. 2,000 at home for emergencies. A week ago, her husband forcibly took it away. That was the last bit of cash she had.

Intervention by neighbours and social workers only aggravated the tensions at home. Her husband threatened her against taking help from outsiders. “Moreover, even if the police intervene, ultimately they advise us to resolve the matter amicably and live together,” she said.

“Earlier, despite consuming alcohol he had a job, so he was balanced. But now with employment stopped, all he does is sit at home all day, get frustrated, go to drink and create a ruckus at home,” Parimala says.

Alcohol has already claimed a member of Parimala’s family. In the second week of May, her 70-year-old mother Cheluvamma died of an overdose, having abstained all through the lockdown. “Early in the morning we woke up and found her dead,” she says.

Thirty-four-year-old Channamma, also a domestic worker, finds no support even from her in-laws when it comes to her husband’s drinking habit. In fact, they blame her for their son taking to alcohol. “They even threaten to complain against me if something happens to their son’s life. Since my parents are no more and I have no relatives in the city. I am totally at the mercy of my husband,” Channamma, who is from Gulbarga, says.

The government-allotted ration in her kitchen is nearly exhausted and Channamma has been looking for an alternative job to supplement income. Meanwhile, her husband’s borrowing has added to their debts.

The previous weekend, her husband did not return home. Channamma and her children spent a sleepless night. “After two hours of searching, we found him early in the morning, lying in the adjacent lane. With the help of few neighbours, we carried him back,” she says.

“He had almost forgotten about liquor till last month, when it was closed. He even helped me with housework. But, with the opening of the liquor shop, he got back to his old ways. It has destroyed our household,” Channamma says.

Adding alcohol to the already-potent mix of livelihood-loss and food insecurity has set off a range of mental health issues. They are manifesting as volatile emotions on one hand, and in extreme cases, as domestic violence.

“It is totally unpredictable. My husband may seem nice at one moment, but something gets triggered and he turns violent the next moment. Anticipating his arrival in the evening makes me and my children shudder in fear. My children have stopped talking to him altogether,” another domestic worker Soubhagya says.

With monthly salaries ranging between Rs. 6000 and Rs. 14,000, low income households are facing the worst hardships during the lockdown. Many who live with extended family and are obliged to look after aged parents or foot medical bills of an ailing member, are devastated by the government’s move to open liquor outlets.

“In our homes, the drinking and abuse continue. I know many women in such circumstances who have resorted to taking extreme steps. If the government doesn’t shut down the liquor shops, I don’t know how long my children and I will be able to live this way,” says Soubhagya, breaking down.

Priya, who is studying for her B.Ed., points out that loss of employment has led her elder sibling into extreme and intimidating behaviour. “My brother Ratan was very disciplined. He took pride in supporting the family after our father’s death. He was expecting to join a new job in the month of May. With no hope of employment, he has gone berserk,” she says.

“The other day, a simple issue regarding the amount of salt in the food made him throw his plate. He felt that since he has stopped earning, we have lost respect for him, which was not true. When we convinced him, he broke down and apologised. But there is no guarantee that such a scene won’t occur again,” says she.

Ratan apparently borrowed a few thousands from relatives to meet household expenses. That, Priya suspects, hurt his ego. He became agitated with almost anything. Now, everyone in her family makes an effort to ensure that Ratan’s mood does not turn foul, she said.

Effects of lockdown on mental health

A helpline run by the National Institute of Mental Health and Neurosciences, Bengaluru, for mental health-related queries during the Covid-19 crisis, reported between 300-400 calls a day.

Media reports pointed out that the National Commission for Women had observed a spike in domestic violence and an increase of calls to its helpline. Prolonged isolation, loneliness, monetary and financial stress are among some major reasons reported for the sudden spike.

Searches related to terms such as stress and therapy reported a surge in India, according to Google.

A study published in Lancet in December 2019 estimated that 197.3 million people had mental disorders in India, including 45·7 million with depressive disorders and 44·9 million with anxiety disorders. Meanwhile, a WHO report from 2015, estimates that India has three psychiatrists and ‘even fewer psychologists’ per 100,000 people while 7.5% (or over 90 million) of the population suffers from some form of mental disorder.

Among the first steps the Karnataka government took towards derestricting the lockdown was to reopen liquor stores on May 4. The rationale was that the State is cash-strapped. Karnataka sold over Rs. 45 Crore worth of alcohol on the first day of the re-opening of standalone liquor shops.

The madhu nisheda andolana (anti-liquor movement) began a novel form of protest after the government reopened liquor shops. Over 3 lakh women belonging to 54 grassroots organisations across the state sent postal Money Orders to the Chief Minister to register their objection, says Swarna Bhat, a member of the group.

The anti-liquor movement that began in Raichur in North Karnataka in 2014, started as a protest by victims of alcohol-abuse, mainly women. It has come to widen its understanding of this problem:

Patriarchy is the root

While many women have come out in open protest, there are many who are constrained by a variety of reasons to tolerate their alcohol-dependent husbands, points out mental health researcher Mahima Nayar.

Some of the common reasons are: pressure from perceived marital role and duties, lack of financial independence, disconnect from natal family after marriage and perceived harm to the future of their children.

“Homes and family set-ups are recognised places of both abuse and physical violence. During the lockdown, even without alcohol availability, domestic violence reportedly went up. Meaning, for some men alcohol seems to be an excuse for their behaviour. They will justify their behaviour by blaming the habit and say that `I hit you because I was drunk’. The larger issue is the patriarchal set-up that permits and allows for this violence,” said Mahima, author of the 2009 study In the Shadow of Alcohol: Women’s experiences from Bangalore and the 2019 book Against All Odds: Psychosocial Distress and Healing Among Women. 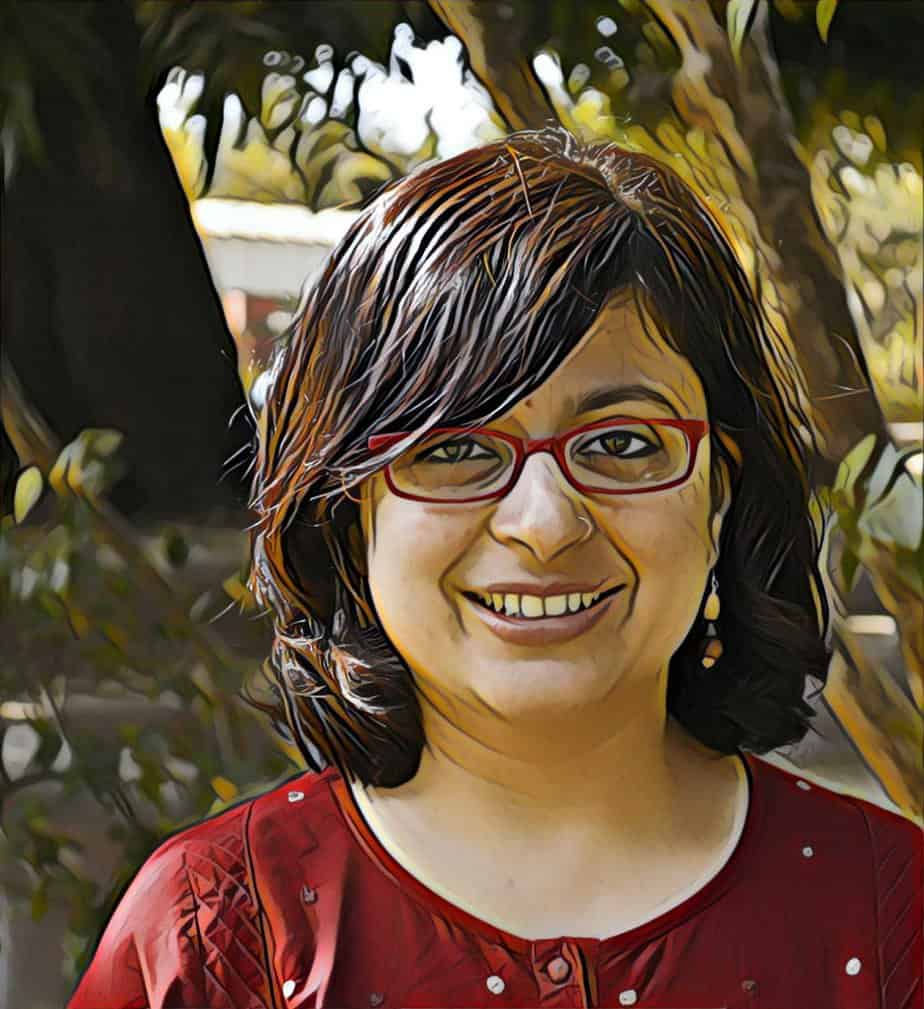 The lockdown has exacerbated issues of patriarchy within homes; spaces traditionally and erroneously viewed as safe for women, says Mahima Nayar, a mental health and women issues researcher.

Some underlying factors for alcohol dependence are also linked to male depression. Patterns of abuse take shape as men with alcohol dependence resort to violence and abuse as they lack proper mental health care and channels that could alleviate them from stress and frustration, Mahima says.

While the state and its health agencies engage with the pandemic on hand, mental health issues that have long lurked in the shadows are rearing their heads. After all, the lockdown — with its accompanying unemployment, hunger and poverty — has intensified the conditions for them to thrive.

Is BBMP ready for monsoons?

Practically all roads have been dug up for either laying BWSSB pipes or for new flyovers. Will BBMP re-lay the roads in time?

Pack your bags, to spend a great monsoon weekend!

The rivers are full and nature is at its best this monsoon. Long weekends with holidays make it ideal season for you to visit various places outside Bangalore during weekends.

With 41% of voters in India aged below 18, to achieve 91 lakh voters, Bengaluru’s estimated population must be 1.55 crores or closer. Are we there already?