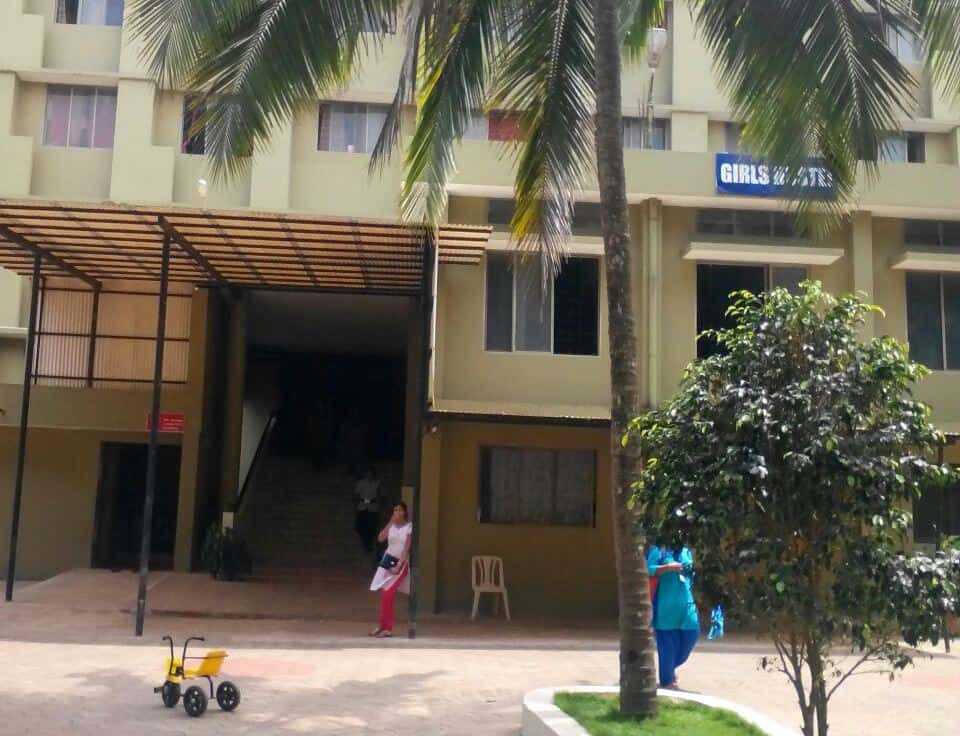 A girls hostel building run by one of the private educational institutions. Picture for representation purpose only.

The killing of a girl student in her college hostel room in Whitefield has sent shockwaves in the civil society. Apprehension over the safety of girl students in schools and colleges, has now expanded to hostels too.

Mahesh, who was appointed as the attender of Pragathi PU College two years ago, was also serving as the attender of the hostel after the college hours. He was allegedly allowed inside the hostel at any time and on the fateful night he entered the room of victim at 10 pm and shot her dead, while injuring another student. At a time when strict guidelines have been issued to schools for the safety of girl students, the free access given to the accused into the girls hostel rooms has come as a shocker.

The college management has also been accused of not acting against the accused when students complained that he was behaving inappropriately with them. The police have arrested the chairman and director of the school under Section 188 of IPC.

Following a series of sexual harassment cases in schools in the city, the Bengaluru Police Commissioner had issued guidelines to the primary and secondary school managements on July 26th 2014, instructing them to abide by the list of precautionary measures for the safety of girl students. Some of the significant aspects that were included in the guidelines were related to safe transportation of students in school vehicles, installation of CCTV cameras in school campus, appointment of floor vigilance officer, women security personnel, security supervisors etc.

The Department of Public Instructions (DPI) too had issued a circular to the deputy commissioners, police department and all primary and secondary educational institutions in the State on July 23rd 2014, with a list of directions to parents, students, school management committees and the police, for the safety of girl students. The elaborate circular touched upon various aspects and suggested safety measures. The guidelines were applicable to schools and PU colleges.

In the absence of a separate guideline for hostels run by educational institutions, the circular made general remarks on safety in hostels too. The circular instructed the school management to maintain log books for visitors and ensure that all visitors to the schools, hostels and residential schools make an entry in the log book. It also stressed on convening parents-teachers meeting of students studying in residential schools / colleges, once in every month. Yet another important aspect mentioned in the circular is on the appointment of workers in educational institutions. Workers should be appointed through prestigious recognised outsourcing agencies only and the workers who are appointed should be verified by the police department.

The Department of Public Instructions had also directed the school managements to take immediate action if a student complains of physical/ sexual abuse or teasing and raging inside or outside the institution.

No guidelines exclusively for hostels

However, no separate guidelines have been issued so far to schools and colleges exclusively on safety measures to be taken up in hostels. Alok Kumar, Additional Commissioner of Police for Bengaluru city, said that the guidelines issued to schools on safety measures in the campus was applicable to hostels too. Commenting on the case of shootout at Whitefield, he said it was the responsibility of the management and the Education department to look into the matter.

“We have issued guidelines for promoting safety measures in campus and the police department can take action only in cases of criminal activities. We can not monitor whether a college appoints a male employee in the hostel or not,” he said.

Similarly, Citizen Matters could not trace guidelines / circulars issued to the colleges by the Higher Education Department on the lines of Department of Public Instructions. The guidelines issued by police commissionerate in July 2014, is applicable to classes upto Class 12 and not the colleges. When contacted, Bharat Lal Meena, Principal Secretary of the Higher Education Department, said that the department has been issuing safety guidelines to colleges from time to time. These general guidelines for colleges and hostels comprise of building compound walls, appointing watchman etc. He did not elaborate on when the guidelines was issued the last time.

Unlike in Karnataka, the Tamil Nadu government had framed guidelines for running hostels last June 2014. The new guideline made it compulsory for hostels to install CCTV camera, digital video recorder, appointment of women wardens for every 50 girls, round the clock security guards etc.

If framing guidelines and issuing circular is one part, complying with guidelines by the management of educational institutions is equally significant. When Citizen Matters randomly searched the websites of various colleges in the city, we could not trace any safety measures for girls hostels published by College managements. Only a few institutions like Reva and Karnataka College, have made it clear that no visitor is allowed to enter the rooms of students including parents and domestic help.

‘Safety is social responsibility of institutions’

He stresses on the need for the institutions to ensure that no male member, whoever it is, is allowed inside the hostel at any time, be it during the day or at night. “It is very convenient to blame the government for not forming guidelines each time such incident happen. You don’t need guidelines for everything. When an institution admits a student, it is the social responsibility of the institution to act as an alternative parent. Absence of guidelines from the government should not be an excuse to cover our fault,” Shastri points.

Some hostels seem to be strict in ensuring safety measures. Shree Divya N, a post graduation student in one of the reputed institutions in the city expressed satisfaction over the safety measures provided by the management in her college hostel. “All the employees right from the warden to cook in our hostel, except the security guard, are women. Security guard too is not allowed inside the premises until and unless there is an emergency. Visitors are allowed only till the visitors lounge and they are supposed to register in the log book. The hostel has CCTV cameras installed near the entry doors,” she said.

How to complain in case of untoward events?

The shoot out case has not only snubbed the belief that hostels run by educational institutions are safer for girls than PG accommodation, but also has pressed the need for the managements of educational institutions to have some obligation towards following safety guidelines in the campus either voluntarily or out of compulsion. Specific guidelines if issued by the government will help in making the institutions accountable when such incidents occur in future.

Safety measures to keep in mind

Some of the safety aspects that the parents and students could take into consideration before joining the college or school hostel are:

Second to None and Citizen Matters bring you the Annual 220 Fundraiser this Saturday 27th July at Rangoli Art Centre, Metro station, MG Road.

Independence day turns dependence day for a doting mother who wants her daughter to be up there on stage in that little white skirt, doing the drill.