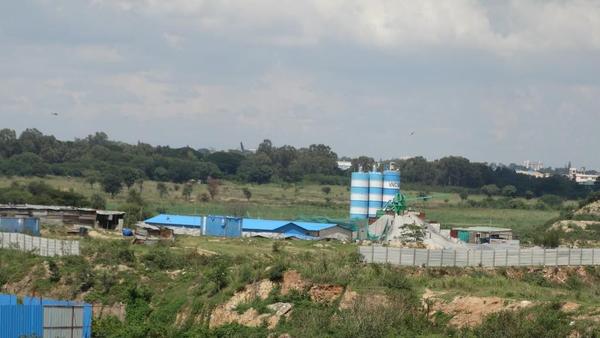 Koramangala 1st Block Residents Welfare Association who had filed a writ petition against Bellandur-Agara Special Economic Zone (SEZ) project at the Karnataka High Court, have withdrawn the case on Wednesday.

However, the division bench of the High Court has given petitioners the liberty to refile the case, after a similar case which is before the National Green Tribunal (NGT) is disposed.

Nitin Seshadri from Koramangala 1st Block Residents Welfare Association said that the expert bench of the HC advised the petitioner to withdraw the case and refile a fresh petition if needed, after yet another case on Mantri SEZ pending before the NGT is disposed.

“We were advised to withdraw the petition in the wake of the Supreme Court directing the High Courts not to keep the PILs pending for long time. Our advocate accepted the suggestion and withdrew the case, while we were granted the liberty to refile a fresh petition,” he said.

Namma Bengaluru Foundation (NBF) along with Koramangala Residents Welfare Association had filed a PIL in the High Court in 2013 against the government authorities and private firms over Bellandur-Agara SEZ project.

Simultaneously, other NGOs such as Forward Foundation and Bangalore Environment Trust filed yet another case in National Green Tribunal (NGT) accusing Mantri Developers and Core Mind of violating environmental laws. NGT in its order last month, had slapped a fine of Rs 140 crore on two firms and had formed a committee to look into the feasibility of the project. NBF had withdrawn itself from the case last month itself.

Both the companies in their petition filed in the Supreme Court had contended that the Tribunal had not given them reasonable opportunity to be heard in the matter. A vacation bench of justices A K Sikri and U U Lalit, stayed the levy of penalty and directed the petitioners to file review petition in the Tribunal within a week. The bench asked the Tribunal to decide the pleas of the firms based on merits.

“It has been submitted that the tribunal has allowed construction only on payment of aforesaid penalty. We leave it open to the tribunal to decide it,” the bench said while disposing of pleas of Mantri Techzone Pvt Ltd and Coremind Software and Services Pvt Ltd, reports Deccan Herald.

In its judgment, the NGT had not only levied fine on the companies invoking “polluter pays” principle, but also formed an eight-member committee to inspect the projects in question and submit a report to the Tribunal, on the continuance of such projects.

The ball is now in the Court of the NGT which has to hear the firms again and review the decision on penalty. The case will come up for further hearing before the NGT on July 14 and July 15, 2015. During the last hearing before the NGT, the Mantri Developers had submitted before the NGT of having no intention to continue with construction of the project until the final judgment. The same was recorded the NGT court.

Meanwhile, more than 600 citizens participated in a protest held on June 7, at the project site. The protest saw the presence of members of residents’ welfare associations of Koramangala, HSR Layout and Bellandur, along with a few NGOs. People belonging to all political parties participated in the protest against the two developers.

A Deccan Herald report says that a counter protest was held by Vidyarthi Jagruthi Samithi. The protesters accused the NGOs of not doing anything for the development of areas around Bellandur and misleading the media and people about the projects. They alleged that the NGOs had a nexus with a few political parties and were playing spoilsport in the development of Agara and Bellandur areas, and sought to know who were funding the protests.

Acting in accordance with the High Court directive, Lake Development Authority (LDA) convened a meeting of various stakeholders to discuss and formulate methodologies for rejuvenation and restoration of Agara and Bellandur lakes, on May 19th. The meeting was chaired by Technical Advisor to LDA Babu Prasad.

The High Court during the hearing of PIL filed by NGOs against Mantri SEZ coming up in Agara and Bellandur wetlands last month, had directed the LDA to convene meetings of stakeholders to chalk out plans to rejuvenate the lakes.

Encroachment issue of lake beds too cropped up in the meeting and the Bangalore Development Authority is believed to have sought 3-4 months time to survey the encroachment and submit a report.

In a press release, Mantri Developers declared that they are committed to upkeep of water bodies near their projects. They also invited interested stakeholders to engage in dialogue to sustain lakes near Mantri projects. The press note said that the sustainability efforts of Mantri Developers have been recognized by the President of India who conferred on them the prestigious CII-Sustainability awards.

The press note said that “All our projects have always commenced upon receipt of required clearances from concerned authorities including MoEF. This holds true even for our Agara venture, for which we have documented proof to validate the same in a court of law… We will cooperate with all stakeholders to explain the facts of the matter or clarify any doubts regarding our development at Agara.”

“We welcome all interested parties, non-governmental organisations and individuals dedicated to the development of Agara lake to join our efforts in preserving the lake and we are ready to sponsor the development cost. After all, prosperity of the lake is beneficial to our project else why would anyone want to live next to unhygienic surroundings? Since we have constructed eco-friendly world class buildings for all Fortune 500 companies and have acquired international acclaim for our contribution to development, damaging Agara lake will be detrimental for us also,” added the press note.

A recent IISc study finds that allowing vehicles inside Cubbon Park does not help reduce traffic. Instead, a vehicle ban in the park can reduce both emissions and the overall distance motorists travel.

Butter and Mashed Banana, which has performed across the country completing 33 shows, is a hilariously funny take on freedom of speech in our country. Interspersed with music and movement, the play tangentially takes digs at ideology and censorship, among other things.

Citizens from gated communities enter poll arena, to ensure they have a say in democracy

What does one do when one’s area suffers from basic infrastructure problems? These citizens just want to be in the system, to change it for better.