A day before Valentine’s, news broke that the Government of Karnataka had quietly tabled an amendment to Karnataka Tree Preservation Act of 1976. Under the proposed amendment, 50 trees were added to the list of 27 existing species that would no longer require permission to be chopped down. Many of these trees were favourites with Bengalureans – Gulmohars , Flame of the forest, Yellow Bells, African Tulips and even the humble Ashoka tree which lined many of the pavements in the city. Most of them were flowering species who’d bloom to their full glory in summer, adding to the beauty of the city.

Needless to say, the news riled up the ever-ready (but now perennially exhausted) active Bengalureans against the move. We were dealing with doomsday media reports almost everyday about how the city was dying and the government was proposing knock down the already fragile ecosystem. The amendment was to come for a vote between February 19 and 24. But before this, the public protests began to unfold on the ground.

The first shot was fired when Citizens for Bengaluru organised a massive tweetathon that night, making the hashtag #marakadibedi trend. The weekend saw Vruksha organise a protest at Town Hall with a number of school kids who joined it. The academics stepped in with facts and figures of the damage this proposal would bring in its wake. 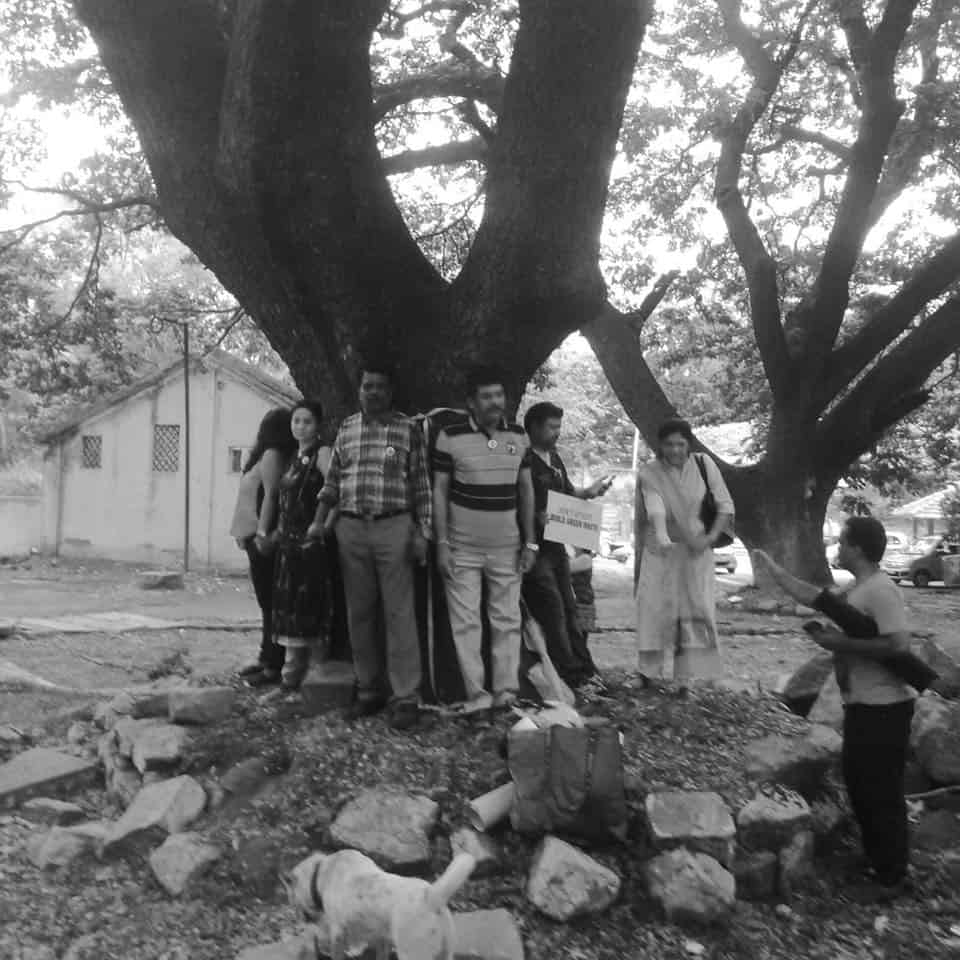 Heritage Beku, another group that has been working in field of heritage and policy started a online chipko movement of sorts encouraging people to post black and white pictures of themselves hugging their favourite trees with the hashtag #greysforgreen. Eminent Bengalureans joined the chorus in this including artists, corporate bigwigs and writers. Efforts were also being made to engage citizens around the state because this Act would affect all of them as well.

But there was a need for more, because the politics and politicians had come to dismiss social media campaigns as an easy resort for armchair activists. We decided to take it to their turf – the Legislative Assembly which was in session.

The idea was for 10 members of the public to turn up at the Vidhana Soudha everyday, wearing green for the remainder of days that the Assembly was in session. Now there were a number of hurdles to this. We couldn’t plan this as a protest – Section 144 which is in force in a one kilometer radius around the Vidhana Soudha prevented a congregation of more than four people in the vicinity. So we could technically be stopped from entering.  But we didn’t want it to be a protest either. We just wanted them to know that we were going to be watching them – literally. 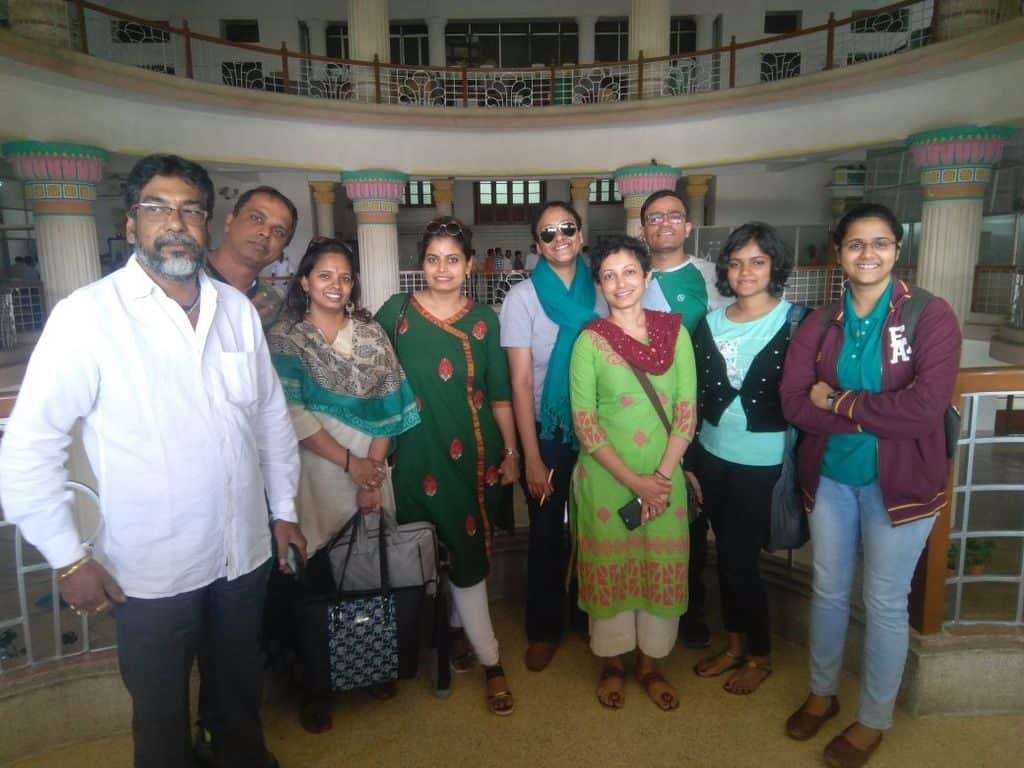 But this exercise was meant to be a learning exercise for the rest of us too. Policy debates aren’t really as juicy as thirty second snippets shown on prime time news. They are dull and boring and long-drawn. Many of us have a myopic view of governance that restricts itself to the noise and visuals of citizen activism. This was a different aspect of democracy that doesn’t make for popular television, but where real decisions happen. We needed more people to understand it.

On our first visit to the Assembly, it took us an hour to get in – the logistics of arranging for passes which needed a sign off from an MLA; getting through security who had no place for our bags because there were large crowds who had come to watch the session; and finally finding seats at the gallery.

There were less than 20 MLAs at the session and more than 200 people to watch them do their job! The etiquette expected of the audience in the gallery was far more stringent than that of elected members – you couldn’t lean forward; you couldn’t cross your legs and you certainly couldn’t fall asleep or watch anything on your phone screens because they wouldn’t let you carry it in (in case you decided to hurl it at the representatives).

For the next two hours we watched the sparsely populated floor debate job/skill development and farmers plight among other topics. Since we were close to lunch time, getting out of the gallery meant we couldn’t get back in without going through the process of getting new passes. In all we had done what we had come by to do – let a couple of members know that citizens would be attending the assembly sessions every day till the amendment came in for a vote.

One tragedy averted, new one strikes!

Surprisingly by that evening, news broke the Minister for Law T B Jayachandra, on behalf of the government, took the decision to pull back the controversial move.

Two days later the Government passed the Karnataka Lake Conservation and Development Authority Bill, 2014, that took away the rights of citizens to safeguard the lakes. Now the question was, was this a victory or a defeat?  And, why didn’t anyone from the elected representative community notice this and discuss it?

The last couple of years have seen a sharp increase in the citizen participation in our city. Having been part of a number of them myself, it would be hard to discount their immense impact. However this rise in citizen activism has also seen a slow dereliction of duty for the Opposition who have let people take over the role of keeping the Government in check.

As citizens who work in the space of civic activism, we need to question the Opposition about their silence as well. Had the citizens known of the proposed change to the Karnataka Lake Conservation and Development Authority Bill, 2014, they would probably have taken up that issue as well. But the question remains: What was the opposition doing?

Disclosure: The author is a part of the core group that headed Heritage Beku campaign, and is a member of Citizens for Bengaluru.

“There are three and a half honest ministers in the cabinet”

A week after resigning, Lokayukta Justice Santosh Hegde speaks his heart and mind in an exclusive and insightful interview with Citizen Matters. He says he quit only for the better.