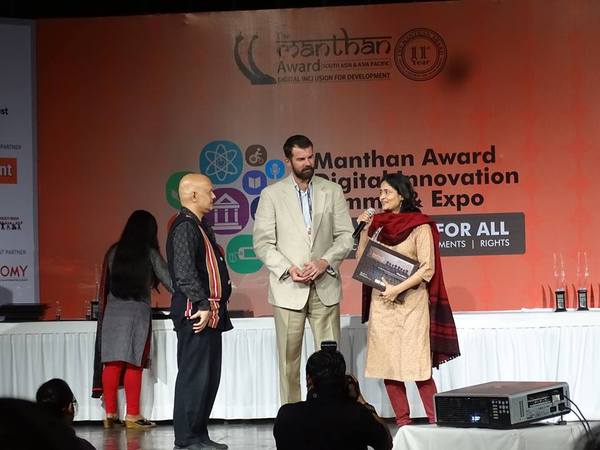 On the evening of December 4th, Citizen Matters won yet another award. The tally, including reporting awards won by our erstwhile reporters Navya P K, Vaishnavi Vittal and Supriya Khandekar, is now six, in six years. The last five have come in three years. It is an even split now between awards for individual storytelling and for the publication itself.

What do these awards mean to me, a journalism entrepreneur and innovator? One way to answer this question is to see what our work has meant to the people giving the awards. The language award-givers use to characterise award-winners is often a good place to start. I will pick one award given to India Together, the national e-journal that Ashwin Mahesh and I co-founded, and two to Citizen Matters.

In 2008, when MaFoi Foundation’s confederation of civil society organisations gave an award to India Together, it said this: “This award is presented to India Together for empowering people through Media.”  Note the use of the word “empowering”.

In early 2014, when the Namma Bengaluru Foundation’s annual awards jury selected Citizen Matters for the media category, it said this: “This is the only Bangalore-focused, citizen-oriented news magazine that covers public affairs, community and culture with active participation from the citizens ….”. Note the words “active participation”.

The 2014 Manthan Award for e-news to Citizen Matters is from an organisation whose name itself says something: Digital Empowerment Foundation. The word ‘empowerment’ figures in the sphere again.

Note this: While individual reporters win recognition for their stories, publications are themselves seen as noteworthy when on the whole, their journalism empowers people, fosters participation, and so forth.

Let me say one additional note about Citizen Matters’ journalism. It is a designed response to urban India’s political and civic environment. Recently, American media scholar Ethan Zuckermann quoted political theorist Benjamin Barber: “Powerlessness is not the result of apathy. Apathy is the result of powerlessness.”

From the Indian vantage point, I agree with this at least partly. Urban India’s political local institutions are weak and anti-citizen in structure. No surprise that despite being so close to the people they have engendered apathy. Citizens have never felt that their views really matter. Citizen Matters’ journalism for Bangalore is one example of a response to atleast begin to reverse this situation.

Having said this let me come back to the real story for us, after yet another award.

If awards were a business model, Oorvani Media, the company publishing Citizen Matters would have been the sought after destination of many investors!

In fact, it is not. We saw the challenges of scaling this approach on our own as a business by 2013. We instituted the Oorvani Foundation to ensure the journalism continues with public support, whether or not the business model would pan out. And that helped. Today the cost of editorial and reporting are paid for by the Foundation. The only tiny point to note is that we are not alone while journeying through the challenges in making powerful local journalism viable. World over, there are ups and downs.

We would be silly to say we have been successful. There is much we are unable to do for want of resources. For every story we do, there are three we will drop for want of editorial or reporting capacity.

That brings us to the most important of this note. If you would like to see more Bangaloreans empowered to act in their own neighbourhoods and city, to have an independent editorial team bat for the city with the participation of the citizens, support us in all ways you can. Send us your RTI findings, your civic analysis spreadsheets, your commentary and all of that.

Most of all, donate as well. We are now raising money for the next three years, starting with funding for 2015 first. Any amount is welcome. You can chip in by using this link. Sponsoring one informative article costs anywhere between Rs.5,000-10,000. Keep this in mind when you donate.

“It’s not about where you go, it’s about what you do”

R P Sharma was much in the news, over his transfer and his subsequent triumph at the CAT. This IPS officer has been fighting corruption and irregularities all along and doesn’t think it is difficult to do so. He opens up about why he does, what he does.

Bicycle sale and use rise in Bengaluru with COVID, data shows

Bicycle sale in Bengaluru has soared during COVID. Data also shows that the number of cycling trips have rocketed, especially for recreation.