As you already know, our fund-raising campaign is in progress. The campaign ends on March 31st, and all donations are exempt from tax under 80G.

Thank much to those who contributed when we reached out to you on a few days ago. If you have not donated yet, please contribute now towards responsible journalism: Click here to donate.

Sakuntala Narasimhan writes in Vidura, a publication of the Press Institute of India, citing Citizen Matters as an example of media ‘on the margins’, and says that it is such media that needs nourishing and strengthening since it plays an important role in featuring malpractices.

Read: “Why media ‘on the margins’ needs to be strengthened”

Before we get into regular stories, here is a quick look at what happened in the city over the last few days.

Story of the week 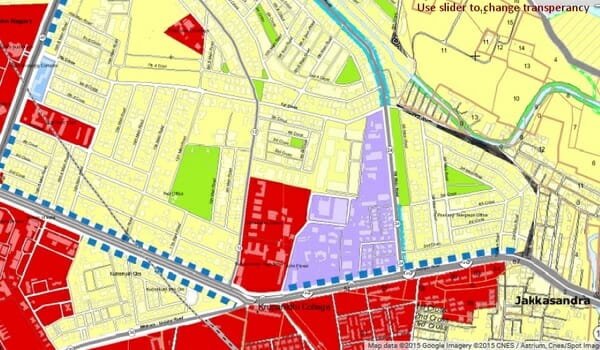 Even when there is a High Court order and clear guidelines on permission for commercial activities in residential zones in the city, BBMP continues to violate them by granting permissions illegally. Result? War of words between entrepreneurs and residents.

This how Bengaluru is governed

One committee conducts meetings seeking people’s opinion on restructuring BBMP, while another silently probes irregularities in BBMP. What will be the outcome?

If the BBMP has no money and pourakarmikas are mixing the garbage segregated by residents, what’s the point of advocating segregation at source?

‘India’s Daughter’ may have been banned, but does the debate around the BBC documentary create an opportunity for us to think about how we can make the future safe for our children? Read: Nirbhaya documentary debate: An opportunity to re-define our future

It started with the shopkeepers; now even toll collectors give you change in the form of boiled sweets or toffees. Read: Is candy a form of Indian currency?

Yes, ‘It’s Our Turn to Lead.’ That’s also international slogan to mark the 45th anniversary of Earth Day on April 22, 2015. Find out more about the Earth Day Competition.

Check what’s up in Bengaluru this weekend, in our events section.

Help us serve you better with more stories!

Have a happy weekend!

Time to plant trees; How to get your Occupancy Certificate; How Bengaluru can create a new river

Is this the right time to plant trees in Bengaluru? How was waste managed at the TCS World 10K? Is it possible to create a new river in Bengaluru? All this and more in this week’s edition of Bengaluru This Week.