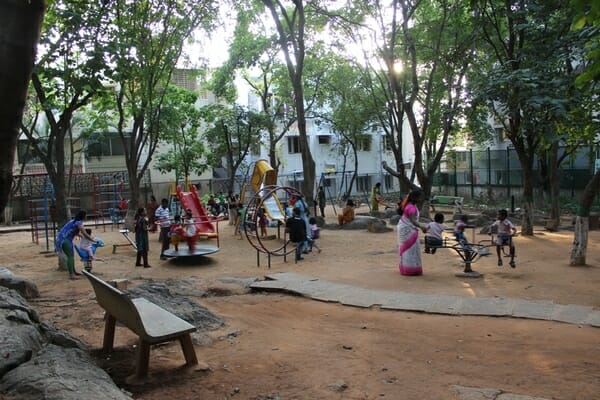 High Street Park in Cooke Town is a hub of activity like any other park. Children of all ages come here to play and meet friends. Though the park is earmarked for children below the age of ten, the terrain is rocky, making it hard for the children to utilise the entire park. Also while the park did recently get some new play equipment, the old broken ones were not replaced.

Recently BBMP handed over the park to the local resident’s association, Resident Welfare Association, Bangalore East (REWABE). The Association has been trying to find avenues to raise funds for the park’s maintenance.

Maanya Farias, a seven-year-old girl, uses the park just like all the other children in the locality. She noticed that the park was “very dirty and needed more swings” and decided to do something about it. She came up with the idea of having a mela to raise funds for her park. Her parents, friends, neighbours and the REWABE decided to back the child’s idea.

Indira Arun, Secretary, REWABE says “We need funds to maintain the park. This is a great initiative from the children and their parents, to support us.” She adds, “While we are looking for sponsors in the long run, this mela will help us with our immediate needs, including clearing of dry leaves piled up in the park.” 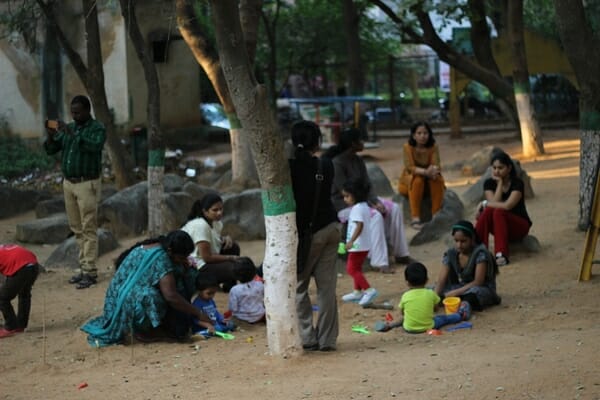 Kavitha John, a parent to two children and a CookeTown resident, says “Everybody wanted to do something for the park. The child’s (Maanya) enthusiasm and the community coming together are making it happen.”

The children have named the fund raiser event, “The Amazing Super Mela.”  The event will be held at the park on Sunday December 14th 2014, between 11 am to 2pm.

There will be food and activity stalls put up by the children with the help of their family members. There will also be stalls selling used books and craft items for children. Pencil Play, a mobile app for collecting children’s art, will be organising a drawing activity, where participants have bring their own art supplies). The drawings will then be auctioned to raise funds. The mela aims to raise about Rs 50,000. Entry tickets for the mela are priced at Rs 30.

This content has been published under the Message Forward section, a space meant for non-profit public interest messages by individuals and organisations.