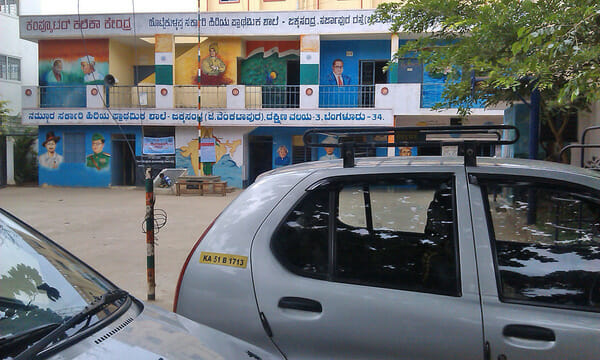 There are no gates and watchmen in most of the government schools in the city. Pic: Nikita Malusare

Not long ago, in February 2014, a man attempted to rape an 11-year-old schoolgirl from a government primary school somewhere in Bengaluru. The girl had gone to attend nature’s call at 12.30 pm in the open when the man pulled her aside. The girl shouted for help and the assailant escaped from the spot. The girl was luckier than the six-year-old who was sexually assaulted a couple of days ago in Bengaluru, where a staff member of a private school is the alleged offender.

But there is a difference. How many cases of the sufferings of government school children result in public protests and how many such cases reach the portals of the Legislative Assembly? There is so much public outrage and hullabaloo in the Karnataka Assembly currently because a middle class child attending a private school was sexually assaulted in the incident narrated above. But do our ministers and elected representatives realise that practically every government primary school has no watchman and no gate (only 75.48% schools have a compound wall at all)?

In the name of ‘democracy’!

Even if there is a gate, it is never locked in the name of ‘democracy.’ Several of our education officials’ concept is that children should be free in a ‘democracy’ to walk in and out of a government school as and when they please. As such, anything can happen to these children any time. The government school is not assuming any responsibility for their safety once they enter the school premises. Would our ministers rant and rave so much if something like this had happened to a government school child which went out of the school during school hours lured by someone?  And will they call for the de-recognition of such a government school?

Not just the lack of a compound and gate, there are other serious hazards facing children in government schools due to lack of proper infrastructure.  Submissions made by the Education Department  to the High Court claim that 99.99% of the 44,513 elementary schools in Karnataka have drinking water facility and that 99.98% schools have separate toilet facilities for boys and girls. But how many of these toilets are usable and functional? The school may claim to have toilets. But if the toilets have no water and/or have no latch on the girls’ toilet, or are kept locked and are opened and displayed as show-pieces only when someone comes to inspect the school, children, especially girls, will keep going out of the school or head home during school hours just to relieve themselves, like the girl mentioned above.

Very often, children are sent out of the school to fetch drinking water from someone’s nearby home, fetch tea or coffee for visitors to the school, or get signatures of SDMC members on various registers. All this because there are no attenders or secretaries in schools. Many children leave the school after the midday meal and the school doesn’t bother about their whereabouts. 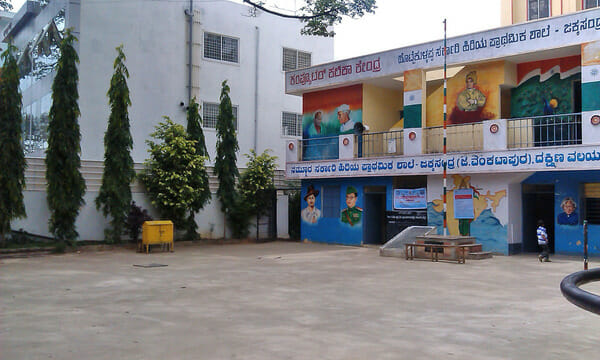 No restriction on unauthorised persons

There are several instances where the openness of the government school allowing unauthorised persons to come and use the school playground for their games. Disreputable characters from the community often climb the wall, if there is one, or walk into the school premises and carry on nefarious activities, like gambling, drinking and other illicit activities, all because most primary schools have no watchmen.

Suchitra Rao, Consultant, India Literacy Project, says, “When any parent sends her/his child to school, it is with the hope, aspiration and expectation that there will be quality service provided and that children will be taken good care of, including protection from harm and abuse. However this does not seem to be the priority. We never seem to learn from fatalities, accidents and horrendous incidents!”

The Right to Education Act of 2009 set a time limit of three years for all schools to meet the norms for infrastructure, for drinking water facilities, separate toilets for girls and boys, compound walls, etc. The deadline of March 31, 2013 for meeting these norms has come and gone. But while Education Department officials inspect private schools and self-righteously de-recognise them if they are not fulfilling the norms, they turn a blind eye to the fact that their own government schools have failed to meet these norms within the deadline set.

The Supreme Court in a recent PIL refused to extend the deadline and gave six months’ time for all government schools to meet the norms under RTE. Highest officials in the state never fail to say that “if only schools are of good quality, all children will come voluntarily and joyfully to school”.  True, good quality first of all means adequate infrastructure. But the tragedy is that the same officials who repeat ad nauseum about the need to ensure quality, refuse to set a time-frame within which all government schools will fulfil the norms. They are thereby cocking a snook at the SC judgement as well. Why do all laws on education seem to apply only to private schools?

Suchitra Rao says, “India is a signatory to the United Nations Convention on the Rights of the Child and there is an obligation to uphold the same. Hence it is the responsibility of the state to make it mandatory that schools become safe places by having a well laid out Child Protection Policy (CPP) and mechanisms to enforce it. This should include play schools/pre-schools, nurseries, elementary schools (both day schools and residential), including government, aided, private and international schools, managed by voluntary organisations, religious trusts / charities / agencies, such as ashrams, madrasas, churches, etc.”

Will guidelines will be enforced in govt schools?

The Principal Secretary of Karnataka’s Department of Women and Child Development, Ms Amita Prasad, has responded to activists’ mails and has got a 5-page Guideline and Child Safety Plan drafted and sent to all departments, JJ homes, hostels, etc., and specifically the Department of Education, in line with the Protection of Children from Sexual Offences Act, 2012. But this Act is all about what needs to be done post facto a sexual offence against a child. It says little about the precautions that need to be taken by personnel and institutions in charge of children to prevent such offences from being committed in the first place. To meet this requirement, Ms Prasad has also agreed to prepare a more holistic and comprehensive Child Protection Policy through a consultative process involving all stakeholders.

Guidelines on preventive measures have also been issued by the Home Department, including the installation of CCTV cameras on all school premises. Police officers have been directed to interact with school authorities about safety measures. Schools are supposed to verify the antecedents of their employees before recruitment and provide details of all their staff to the police.

One Bengaluru resident talks about his experiences in installing individual water meters and other water saving measures.

About two weeks ago, BBMP officials surveyed around 1000 migrant workers stranded in Mahadevapura and Doddagubbi. But they have since been unresponsive as workers desperately wait for food.