This Children’s Day when school principals and teachers were on stage creating memories for their students, the volunteers and facilitators at Childrens’ Movement for Civic Awareness (CMCA) send out a silent kudos to the 5400 plus members they engage with during the Civic Club Programme  across the city. These children of Class 7 and Class 8 are a part of CMCA’s citizenship and life skills programme conducted across a total of 91 private and government schools in Bengaluru.

CMCA’s intervention involves a limited number of students in each school every year but the goal is to spread the civic message to a larger audience through the ripple effect, through campaigns, thereby aiming to influence others to change. The purpose of creating awareness through the ripple is to encourage change in attitudes, behaviour and practices, of children and adult alike. Several campaigns are carried out in all schools in the form of school assembly talks, signature campaigns, poster campaigns, surveys and so on.

The campaigns conducted in various schools include awareness on civic issues, clay idol awareness during Ganesha and lesser crackers pledge during Diwali. The star campaign this year was “We the Children”, a survey on the civic amenities in the school neighbourhood. On the days leading to Independence Day, hundreds of Civic Club members accompanied by their Civic Tutors and teachers were on the streets around their school surveying their surroundings – the roads, the traffic, the storm water drains, the footpaths and so on.

While the main objective of the campaign was making the club members aware of civic amenities and respective service providers through a hands-on survey, the outcome has led to collation of findings and Civic Clubs writing letters or making calls to various agencies on issues around their schools. 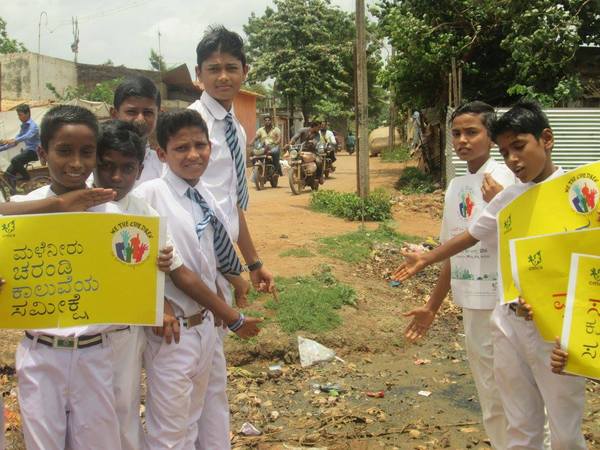 There may be only a few more months of Civic Club activities before the exam rush begins but there is still a lot of time for more campaigns and one can be sure we will see many!  For those interested in keeping up with the young citizens in campaigns to come, these are the days you need to mark in your calendar.

Objective: This day is dedicated to thanking our city’s unsung heroes, the Traffic Police. While there will be a central event at the Traffic Park on St Mark’s road, during the course of the week all 5400 plus Civic Club members will be thanking Traffic Constables and Inspectors who work tirelessly around their schools by interacting with them and in many cases inviting them to school and thanking them at the school assembly.

Objective: This campaign is a simple message to remind the students that each word in the Preamble of our Constitution means something to all of us in our daily lives and not just a page in the school diary. A signature campaign, an assembly talk with short skits, an art competition, guidelines to schools and facilitators make up the campaign kit for the Constitution Day. CMCA has been working with the Department  of Education, Government of Karnataka to make available this kit to more schools. CMCA can be contacted for these kits.

Every year, proving their skeptics wrong, Civic Club members go beyond what is expected to a teen and bring about changes in their communities, be it calling the animal helpline numbers or child helpline numbers or meeting local elected representatives and executives. We wish these youngsters the very best!

All about Childline 1098: How it helps children in distress

The child helpline 1098 gets calls on issues ranging from denial of school admission to trafficking of children. How is the helpline run? What action is taken on calls? Here is an explainer

Builders must get occupancy certificate before handing project over to buyers: Consumer Court

If the builder hand over the apartment before completion of formalities, what can the buyer do? Law is on the buyer’s side – apartment is considered ready only after Occupancy Certificate is given.