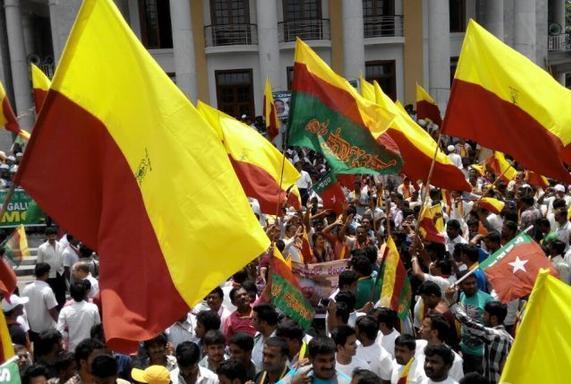 Normalcy is likely to be hit in Bengaluru on Saturday September 26th, with various organisations calling for a state-wide bandh. The bandh has been called to protest against the delay in implementing the Kalasa–Banduri project in North Karnataka.

Speaking to Citizen Matters, Kannada Okkuta President Vatal Nagaraj said, “We have declared a bandh from 6 am to 6 pm. What we are asking for is this: implementation of the Kalasa-Banduri project, linking the Mahadayi river, development of Uttara Karnataka, and finally, that farmers loans be waived.”

In Bengaluru, a procession has been planned from Town Hall at 10 am, which would proceed to Freedom Park, and thereon to meet the Chief Minister, to whom the protesters would be handing over a memorandum with their demands.

Nagaraj emphasised that the protests would be peaceful, and that he had appealed to supporters to refrain from violent activities.

The protest has gained a political colour, with Janata Dal – Secular (JDS) joining the protesters. BJP and Congress are not in a condition technically to support or oppose this bandh, as both of them rule each of the states.

What is the Kalasa – Banduri project?

The Mahadayi, also referred to as the Mandovi in Goa, is a river that originates from the Western Ghats in Karnataka’s Belgaum district. The river flows from Karnataka, through Goa and Maharashtra before it joins the Arabian Sea. Since the 1980s, the river has been a bone of contention between the Karnataka and Goa governments, with sharing of water being at the epicentre of the dispute.

Karnataka wants to divert 7.56 tmc of water from the Mahadayi river to the Malaprabha dam which supplies drinking water to the twin cities of Hubli and Dharwad, and several neighbouring towns and villages. The water would be diverted through two separate canals Kalasa and Banduri. The Goan government however claims that doing so would be detrimental to the flora and fauna in Goa. For the past three decades, subsequent governments of the two states have failed to arrive at a consensus, and there has been constant back and forth regarding approvals on the project.

Meanwhile, farmers in the affected districts have begun agitating against the inactivity on the part of the government to come to an agreement regarding the Kalasa–Banduri project. For the past two months, farmers have been actively protesting in various taluks in Vijayapura, Dharwad and Gadag districts of North Karnataka. Nargund taluk in Gadag has been a hotbed for these protests.

If the Kalasa-Banduri plan gets a go-ahead, it will ensure that the districts of Belagavi, Dharwad and Gadag, and several neighbouring towns and villages in the area get sufficient drinking water supply. Reports say that residents of these areas are at present getting water only once in ten days, and that implementation of the project will give people in the area, especially farmer, much needed respite.

How will Bengaluru be affected?

The area around Town Hall or Puttanna Chetty Purabhavana will be busy during the protest, so avoid this area.

BBMP: BBMP workers association has expressed its support to the bandh, and has asked the members (BBMP staff) to put a casual leave that day to support the bandh. So expect BBMP offices to be closed. If you have an important work, keep it for another day.

Schools: Some schools that didn’t want to take a risk have declared a holiday on Saturday, or have cancelled the parent-teacher meetings. Some schools are unsure about what they should do. Education Department has not taken a call officially yet.

Banks: Banks will anyway be closed as it will be fourth Saturday of the month.

Buses – BMTC/ KSRTC: BMTC has stated that information on bus services will be shared on Friday. KSRTC is likely to cancel the long distance buses during daytime. More information is awaited from BMTC and KSRTC.

However, according to reports, the protesters have decided to stop all vehicles that head from Karnataka to Goa on September 26th. So it is better not to take the risk of heading northwards this Saturday.

Metro: Metro lines will operate as usual. But this will be of use only to limited minority who fall in the Metro route.

Trains: Trains are not likely to be cancelled unless protesters hold Rail Roko programmes.

Autos: Some autos will ply on roads, but the number of autos will be less than usual, as auto unions are generally linked to political parties and are likely to have a strong take on supporting or opposing bandhs.

Cabs: There has been no history of cabs being non-operational during bandhs. However, they may take a call to support the bandh, if the situation demands it.

Trucks/ lorries: Karnataka State Light Medium Goods Truck Owners’ Association and All India Motor Transport Congress (AIMTC) have expressed their support to the bandh. So don’t expect more trucks, tempos and lorries to be on road.

Considering that Friday is a holiday for Bakrid, you may as well plan a little trip and make use of the long weekend

Make sure you head out before Saturday morning, and plan your return after Saturday evening.

A step-by-step guide on how to pay your property tax, from the comfort of your home.

Despite KSPCB’s warning to the local gram panchayat, no action has been taken to close the illegal garbage burning sites in Kadugodi near Whitefield.

Catch Tagore exhibition before it chugs out

The Sanskriti Express train-display gives glimpses into Tagore’s life and works. It’s on till October 28th.