With 6,500 buses in its fleet, Bangalore Metropolitan Transport Corporation (BMTC) carries 50 lakh people per day in Bengaluru. BMTC is one service, that whether you like it or hate it, you cannot ignore it. While BMTC bus service is appreciated as well as criticised by public, its Managing Director Ekroop Caur talks to Citizen Matters about the future plans for BMTC, challenges ahead and ways of meeting people’s demand. 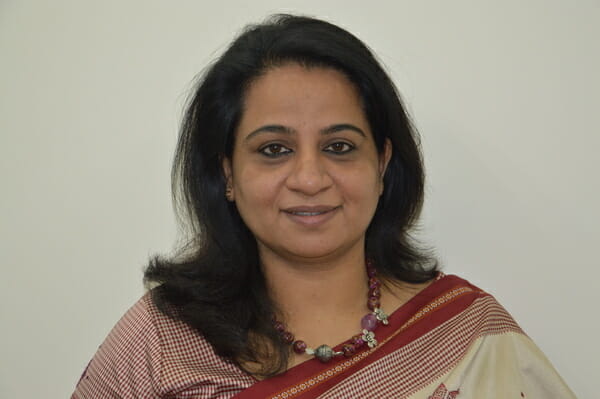 At a time when private bus aggregators have made it to the bus service sector in Bengaluru, what initiative has BMTC taken to improve its services?

BMTC has adopted latest technologies to improve the service. Under Intelligent Transportation System (ITS), all BMTC buses are fitted with GPS. An advanced application is also being developed to enable commuters to track the buses. The new system will offer several features such as tracking the expected time of bus arrival and departure, number of passengers commuting in a particular bus etc. Buses are also given Electronic Ticketing Machines. Of the 6,500 BMTC buses, 4,000 buses are already provided with these machines. By the end of this month all BMTC buses will be equipped with ETM. The total cost of this Build-Operate-Transfer (BOT) project is Rs 79 crore.

There has been quite a delay in implementing Intelligent Transportation System. Several deadlines have been set in the past. When will ITS become a reality?

There was delay in the past, but there would not be any further delay. We are doing complete roll out now. We basically have to stabilise the system before we launch and it is getting stabilised. Things are already in place and by mid-January the latest system will be fully available for public.

Given that the private bus aggregators have come up with latest technology to provide better bus service to passengers and BMTC is in need of additional buses, have you thought of tying-up with private players?

It is not very easy to execute. Firstly, the present system and the law have to provide for it. Secondly, we have our own system, staff, buses and we know the liability of our drivers. We have complete control over our transport system. When we get someone from outside the system, we need to have proper checks and balances at place. We will think about that idea, but can’t give any commitment.

What is the financial status of BMTC as on today? Is it running under loss or profit?

BMTC was a profitable venture till three years ago. In fact, it was probably the only State Transport Undertaking in the country that was earning profit till then. However, things changed and the Corporation suffered a loss to the tune of Rs 150 crore in the year 2013-14 and a loss of Rs 65 crore in 2014-15. Today, cumulatively we are under loss, but operationally we are in profit, because of changed strategies. We are yet to reach the financial year end, so can not exactly say what will happen, but we are hopeful.

If we see the global scenario, STUs don’t make money. As far as India is concerned, none of the transport corporations are operating profitably. BEST in Mumbai makes a loss of Rs 700 crore, whereas Delhi Transport Corporation makes a loss of approximately Rs 2,000 crore every year.

Personally, I feel that we are not here to do business or make money. Our motto is to provide service. As long as we break even we are very happy. We don’t intend to charge extra on customers to earn profit. Our goal is to break even and by hopefully this year end we will achieve that.

How do you understand commuter preferences?

Everything that we do is demand-based. We understand people’s preferences through their letters, phone calls and off late from our website. People can now demand for a particular route or bus on a particular route by choosing the suggestions category in mybmtc website. They can tell us which service they want to be added, modified or enhanced. We take that feedback and try to improve the service. This new feature was added to our website a month ago, and we have already received over 100 suggestions.

What happened to the proposal of Bangalore Bus Rapid Transit System (BRTS)? How will it help the city, if implemented?

The government has not yet given us the go ahead and the proposal is pending from long time. The original proposal was sent to the government in 2005, after which we were paid for conducting a study in 2006. The study report was submitted in 2007. There were discussions on the subject in the following years, but nothing has come out.

BRTS, if implemented will have dedicated bus lanes on Outer Ring Road and enable the speed movement of buses.

There are complaints from citizens about lack of bus services to areas like Whitefield where the requirement is more. How will you meet the demand?

There are bus services, but it could be improved. We need to provide direct connectivity to those places and the main city. We have shown the demand pattern to the Chief Minister too. We will be focusing on Whitefield by providing more buses to that area. Entire Outer Ring Road stretch is pretty congested and we will focus on that stretch.

Have you introduced feeder buses in metro stations? Now that Metro is going to be operational in full-fledged mode, how have you planned to improve the bus and Metro connectivity?

We have already introduced feeder services in Metro stations such as Jalahalli Cross, Byappanahalli and Mantri Mall junction. We will introduce the buses to new stations as and when the Metro picks up.

Air pollution is the hot topic of the day. In this backdrop, what has BMTC done to minimise the pollution caused by buses?

We are working on eco-friendly hybrid technology. Currently, trial run is being done on a bus and we have to see the results. We are also experimenting with bio-diesel to reduce pollution. We may use Compressed Natural Gas (CNG) on a pilot basis but not very sure about it. Decision should be taken in the government level. There have been talks on the use of CNG, but have not formalised the proposal.

This apart, one BMTC bus can take 60 private vehicles off the road. No matter how much BMTC pollutes, we are better than private vehicles. We can’t pollute as much as 60 vehicles. And BMTC buses follow the pollution standards too.

We also have a standardised scrapping policy. We don’t run the buses beyond 8.5 lakh km or 11 years, whichever is earlier. Every year 500-600 buses are scrapped.

What are the other measures taken up by the BMTC in the recent past to improve bus services?

Intelligent Transportation System itself is a comprehensive project. It improves the travel experience in many ways, both in terms of getting real time information about buses, and also the entire data that the ITS will throw up will help BMTC to internally analyse and optimise the service. BMTC will know which bus is plying empty at which time and the buses that are plying fully loaded with passengers. We will be in a position to get that accurate information and we are hoping that there will be a better utilisation of existing infrastructure. Finally, it will help the commuters to get better frequency of services.

Other than ITS, we have taken several other initiatives. We are also making best use of our website. ‘Lost and found’ option has been added to the website. If people lose or find a valuable item, can upload the details on our website and we will coordinate with the person who has lost or found. There have been instances of people leaving their laptops and purses and items safely reaching their hands.

On our mobile app, we are also working on women’s safety. BMTC has introduced a feature where the women or children or anyone who feels that they should be tracked by friends or family members when they step out of their home, can give an option to be tracked. When they board the bus or get down from the bus, an SMS will be sent to the person whose number they have selected to be informed about. Whoever is tracking them from home would be able to track the bus and also there is panic button option, which would help to attend the emergency.

Lack of citizens using public transport is blamed on absence of last mile connectivity. How do you address this issue?

Last mile connectivity is all about picking or dropping a passenger at a radius of 500 metres from his/ her house. However, we cannot pick or drop passengers from their doorsteps. We extend the routes based on specific demand by passengers.

The general opinion is that commuting problem can not be solved without increasing the bus fleets. But BMTC’s performance indicator shows the downsizing of buses in last two years. While 838 new buses were added in 2013-14, only 197 buses were added last year and no buses have been added this year. What is the reason behind this?

We had got 1,000 buses under JNNURM which helped us to increase the bus service. Though we were supposed to get additional 500 buses last year, we haven’t got them yet. We are hopeful that those 500 buses will be inducted this year. We have also sent a proposal to the State government demanding for additional buses. Our aim is to add 3,500 new buses to our fleet in next three years.

Sometimes we tend to see bus drivers rubbing two wires to start the engine or trying to repair the broken down bus. What is the bus repair and maintenance mechanism in BMTC?

We have a strong mechanism with repair facilities in all the 43 depots. Each depot has two workshops. Bus drivers sometimes try to fix the problem on their own just like how we sometimes do with our cars.

What are your priorities as BMTC Managing Director?

My aim is to improve the service, increase the reach and address the most basic problem that the city is facing – traffic congestion. Potentially we can solve the problem, but for that we need the government support. BMTC has the potential to improve the passenger carrying capacity. Already we are carrying 42 per cent of the city’s commuter population. It can be increased to 60-65 per cent without much investment, that is in comparison to the investment made on flyovers or metro.

Anything you want to say, on a closing note?

It is easy to sit and criticise the bus service. But there has to be a collective effort. People have to move on to public transport and that is the only solution. More the shift to BMTC, more will be our buses and better will be the services. I would request people to support BMTC by riding on BMTC.

Update on January 28, 2016: Though BMTC MD had stated in the interview that ITS will be launched in a full-fledged way by mid-Jan, it has not become a reality yet. When asked about the status of the project, BMTC Information Technology Director Bishwajit Mishra said that it would take another two months to launch the system (Go-live phase). “The project implementation phase has been completed. Electronic Ticketing Machines have been introduced in all the buses and the app for live tracking the buses too has been developed. Testing is underway, but the auditing is yet to be done. The project will be launched after testing and auditing is completed,” he said.

So when are you starting to travel regularly by BMTC bus?
BMTC: A saga of no profit, hiked fares and troubled commuters
BMTC website helps citizens plan their journeys
BMTC merely wants to break even: Anjum Parwez

Rainwater harvesting: Apartment’s water bill goes from over a lakh to zero in monsoons