The Metro is a convenient mode of transportation. But, once an individual gets off the metro, he/she needs to figure how to complete the last leg of the commute. Getting an auto can be a hassle and walking might also not be convenient. Instead, what if they could cover the rest of the distance on their own bicycle? While that sounds like a great idea, think about this: Are cycles even allowed on the metro? 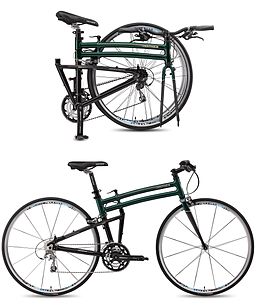 BMRCL only allows foldable cycles that fit through the baggage scanner. So, a majority of cyclists cannot take their cycles on the metro. Cycling enthusiasts and commuters using non-foldable cycles for their commute and various other reasons will be benefitted if these cycles were allowed as well.

In many foreign countries, commuters are allowed to carry their cycles on board. Thus, people can use public transport, and resort to using their cycles too. This system would also decrease the number of cars on the road, thereby reducing pollution. I feel that this is one of many steps that we can take to make Bengaluru a cleaner, greener city.

To further this cause, a petition has been started on change.org to urge BMRCL to allow cycles on board the Metro. The response and support has been positive, with the petition garnering over 200 signatures in under a week. But, these many signatures are not enough. If you are interested, please do sign the petition, share it,  and request your friends and family to do the same.

About Sanjith Rao 1 Article
The author has not yet added any personal or biographical info to her or his author profile.
About News Desk 1151 Articles
The News Desk at Citizen Matters puts out Press Releases, notifications and curated information useful to the urban reader.
Website Facebook Instagram Twitter YouTube LinkedIn

Huge BESCOM transformers, which have long been obstructing footpaths and traffic, are being replaced now